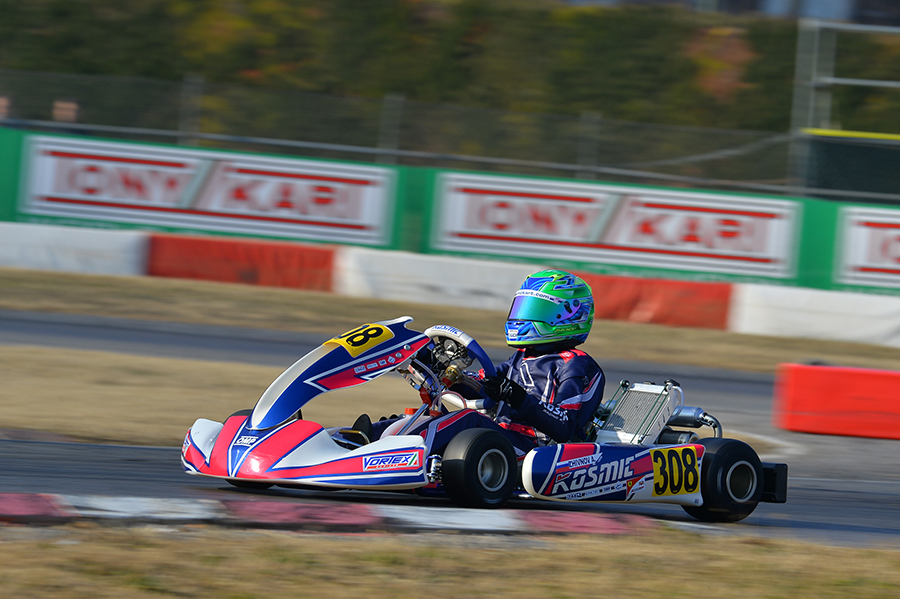 The 2019 edition of Winter Cup was the redemption weekend for Andrey Zhivnov who battled for podium positions in OKJ.

Our racing team once again shown good performance in the South Garda Karting at Lonato for the 24thedition of Winter Cup.

After a long wait, our KZ drivers were finally able to compete on this new 2019 season. Paul Evrard started with a top performing performance in qualifying practice finishing in 18th position. A good result if we know that the class had almost a 100 of participants this weekend. Swedish Axel Begntsson was 60th.

Constant pace in qualifying heats was enough to Paul Evrard to finish 21stoverall, while Bengtsson stepped up to 49thoverall.

Then, the Super heats went well for Evard who easily got the access for the final, but in the other hand a retirement for Bengtsson reduced to zero his chances to get to the final, where Evard finished 23rd.

In OKthe unique representant for our Racing Team was Rasmus Joutsimies. The Finn had a great qualifying practice finishing in 11thposition. During the qualifying heats was constantly battling for the top ten, like he did in the Super Heat. Joutsimies had a good start in the final stepping from 19thto 13thbut a crash with 5 laps remaining stopped his comeback.

The three drivers for our Racing Team in OKJcompleted a good performance in qualifying with the Kosmic Mercury R powered by Vortex: Andrey Zhivnov finishing 9thahead of Alexander Gubenko; Axel Malja was 42nd.

The Swede managed to step up positions during the qualifying heats to finish 22ndin after all heats. Gubenko was 17thwhile Andrey Zhivnov showed the Kosmic – Vortex credentials to battle for podium positions top5 finishes and always battling for the top3.

Yet again Zhivnov was excel in the Super Heat where he battled for top positions, finishing 4thin the checker flag, only 6 tenths behind the winner. Malja had to retire from Super Heats but despite that his good performance all weekend did not affect his entry to the final. The same happened for Alexander Gubenko who finished 14thin his super heat.
The final was the confirmation that Andrey Zhivnov was ready to win this weekend. The Russian wearing our colors started from 9th, easily step up to 6that the start and a lap later to fourth. From then on, the Russian was challenging for the podium positions, finishing in fourth place. Gubenko finished the final 19thwhile Malja stepped up 7 positions to finish in 22ndplace.

After this intense Winter Cup, our drivers will not stop as they already will be fighting once again in Lonato for the 2ndround of WSK Super Master Series.