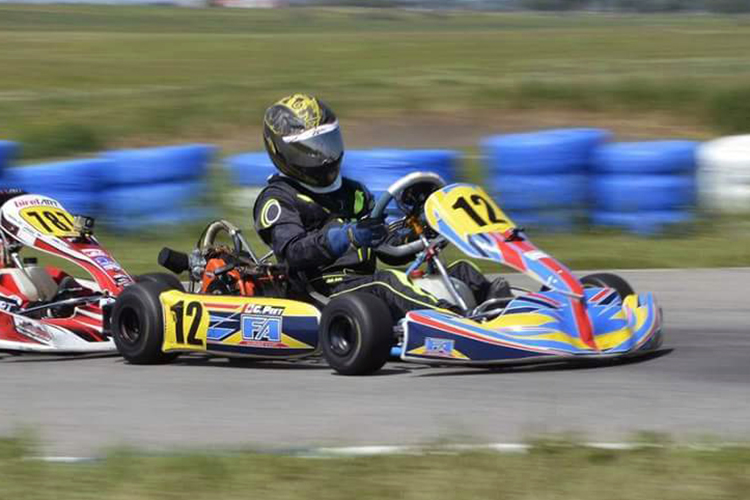 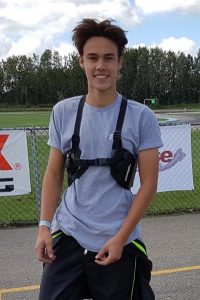 The second of three drivers who call Calgary Kart Racing Club home in the top-10 for the Briggs Weekly Racing Series is Connor Peet. The 16-year-old finished third in the CKRC Briggs & Stratton Light standings with two wins and a total of five podium finishes in 10 rounds of racing. At the end of August, Peet was leading the standings until he broke his foot riding his dirt bike. The break required surgery, and thus he had to miss the last four club race days. Connor also finished third in the Rotax Senior division. 2018 was his first year in the Senior ranks, placing fourth in the Briggs WRS Junior standings in 2017 after placing 384th in 2016.

“2018 was my first season in the Senior classes and I was excited to play with the big boys and see if my Junior accomplishments carried up to the Senior stage with some really tough competition. I was thrilled with this accomplishment as I have looked up to many of these Senior drivers for years and it was amazing to get to race with them.”

Peet began racing at 7-years-old with Calgary Kart Racing Club at the old track at Race City, aboard an Italkart Cadet package. After a few years, Peet moved to the 2-Cycle side of the club before moving to the Briggs 206 package for the 2017 season. His debut season in the Briggs Junior category was a phenomenal year at his home track, placing inside the top-two in 12 of the 13 rounds of the 2017 CKRC season. Peet drove to seven wins and five runner-up finishes.

“I race both Rotax and Briggs and enjoy the competitive nature of the Briggs classes. Close racing and its equalized so the best drivers prevail. CKRC is a great family club and I have made many friends through racing. Competitors on the track and friends off the track.”

The Peet family is a racing one, with Connor’s brother Kiefer and father Dan also racing at the Calgary Kart Racing Club. Kiefer placed second in the Briggs & Stratton Junior standings at CKRC, finishing 21st in the Briggs WRS standings for 2018. Dan competes in the Rotax Masters division at CKRC, placing seventh in the 2018 championship chase.

Peet is hoping to carry the momentum into 2019 where he left off before breaking his foot in both 4-Cycle and 2-Cycle classes. Connor will be participating in the Western Canadian Karting Championship program as well as the Alberta Shootout series. Of course, Peet is gunning for the top spot in the CKRC standings in both Senior Briggs Light and Senior Rotax for 2019.