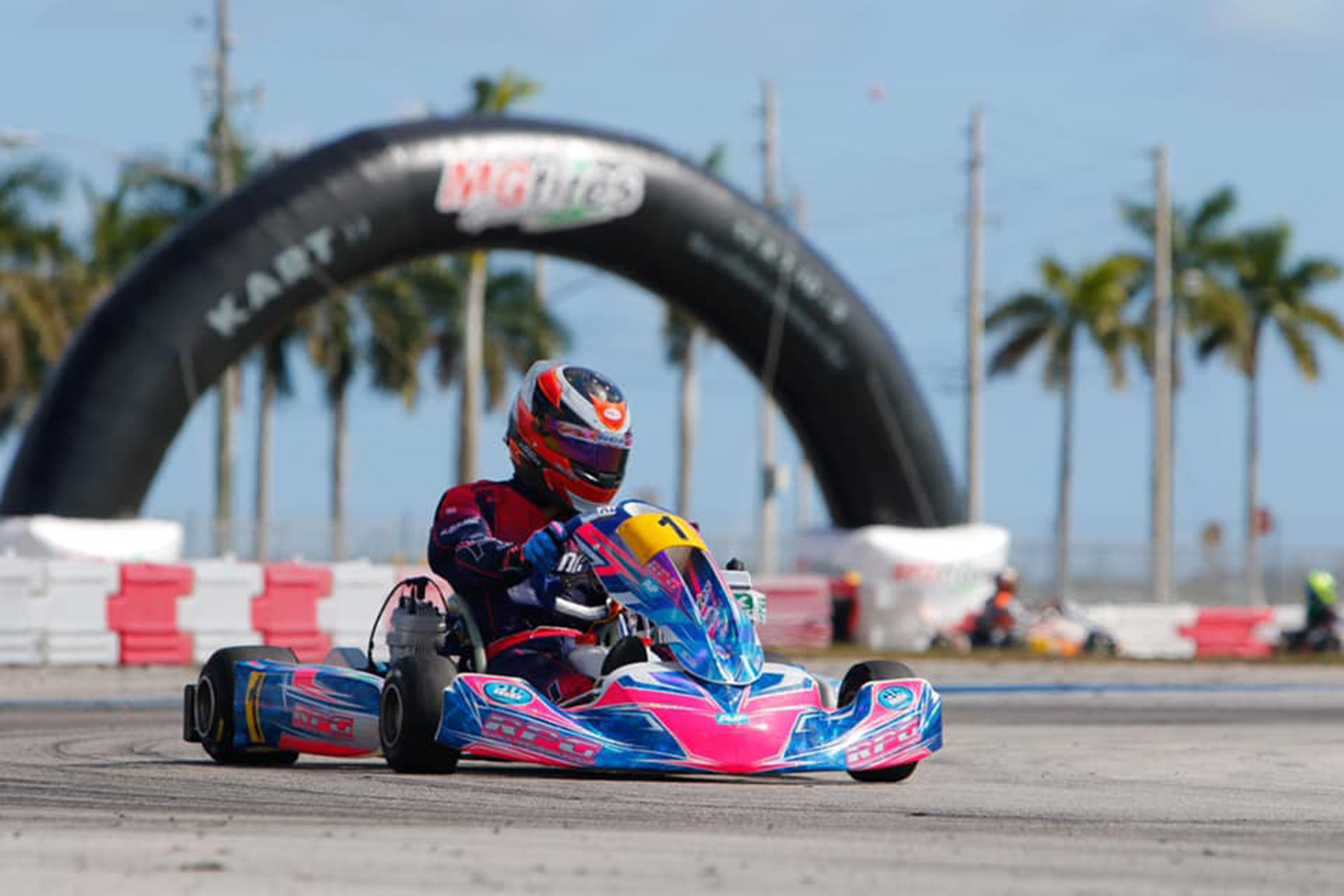 HOMESTEAD, FLORIDA (February 16, 2019) – The 2019 Superkarts! USA Winter Series is now complete and Rolison Performance Group has left Homestead having made a major statement with their X30 Senior and X30 Junior programs. During the final rounds of the winter program this past weekend, RPG’s Senior drivers were impressive, dominating the front half of the X30 results on both Saturday and Sunday. Ryan Norberg won both X30 Senior main events in Florida, and Canadian Patrick Woods-Toth capped his Winter Series with his third podium finish and fourth straight top-five result. On both Saturday and Sunday, RPG put four drivers in the top-10 in X30 Senior, again showing the team’s incredibly competitive baseline. Norberg scored the series championship with three wins and a second-place finish, while Woods-Toth completed a tremendous set of weekends to finish as the runner-up in the points.

The team was represented on the West Coast during the February 8-10 weekend as well, with RPG team driver Billy Cleavelin steering his Kosmic to the ROK Masters win in the opening round of the Challenge of the Americas at CalSpeed Karting Center in Fontana, CA.

“We’ve worked so hard preparing for the 2019 season, and the results our drivers are posting is worth all of the late nights and test days,” enthused Mike Rolison, RPG Team Principal. “We’ve never been better prepared and the addition of Alex Vincent and our in-house engine program (AVP Engines) has taken our entire program to the next level. I’m thrilled with everything that Ryan (Norberg) has added to the tent, aside from his incredible on-track performances. I’m obviously stoked that he’s already brought us a championship, but his effect on the entire team and all of our drivers cannot be understated. We’re all fired up for the rest of 2019.” 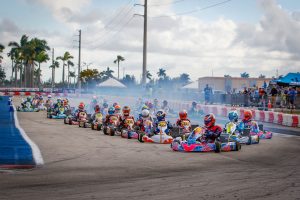 The RPG drivers will front-and-center in the X30 Senior class, putting four drivers into the top-10 on both Saturday and Sunday
(Photo: On Track Promotions – otp.ca)

The team fielded seven drivers in the ultra-competitive X30 Senior category, and they put four RPG competitors in the top-10 on Saturday. Norberg was ultra-impressive in his RPG Kosmic, using his AVP power to recover from a rough opening set of laps to carve his way back to the front. Rookie sensation Patrick Woods-Toth has come alive under the Rolison Performance Group tent, as he battled for the final step on the podium. Hannah Greenemeier and Cedric Lupien were seventh and eighth, completing the team’s top-10 quartet. Samuel Lupien and Jacob Gulick were 15th and 22nd, respectively. Colin Neal joined the team for the first time and finished 16th in the first race of the weekend. 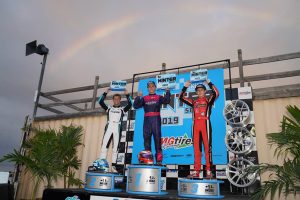 RPG scored their second 1-2 finish of the 2019 season with Ryan Norberg and Patrick Woods-Toth topping the X30 Senior podium on Sunday
(Photo: On Track Promotions)

On Sunday, the final laps were chaotic with contact and defensive driving by others. Norberg and Woods-Toth were in the fight for the race win but stayed clean, and once the expected penalties were assessed, Norberg was awarded with his third win of the Winter Series and the X30 Senior championship. Woods-Toth finished second for another RPG 1-2. National #2 Samuel Lupien turned things up for Sunday and finished a strong ninth, but it was Neal who was on the move, advancing a stunning 10 karts to finish in the top-10 after starting 20th. Gulick was 15th and Greenemeier was 19th.

Biggs Tiner and Josh Pierson carried the Rolison Performance Group banner in the X30 Junior class, and they were both in the top-10 all weekend. Pierson was a rocket in Saturday qualifying, timing in fourth while Tiner was eighth. They were both in the fight throughout the Prefinal to finish sixth and seventh, setting up for a strong in the 22-lap main. As expected, the final was a tremendously competitive affair, and Tiner continued his push to the front with a stellar fifth place finish. Pierson was also on his game, locked into a race-long scrap with four other drivers that featuring overtaking from green to checker. The Oregon resident held his own and finish 10th, adding to the team’s staggering total of top-10 finishes.

Canadian Dan Monteiro was back with the RPG squad to continue his development in the Master Shifter class, which is running the new IAME SSE 175cc gearbox engine in 2019. Monteiro scored a pair of second place finishes and was the class runner-up in the championship, winning an entry into SKUSA Pro Tour race this year. 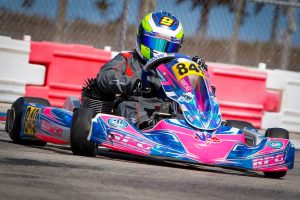 Dylan Peck is an RPG development driver and he showed steady improvement through his first national series effort (Photo: On Track Promotions – otp.ca)

After qualifying ninth on Saturday in the K100 Junior class, Utah’s Dylan Peck continued to improve his pace throughout the day, dropping time in each new run to finish seventh in the main event. On Sunday, he picked up where he left on with his speed, again posting ninth but with a significantly quicker qualifying time. After finishing eighth in the Prefinal, Dylan battled hard all race to finish ninth in the final tally. In only his second national event, Peck showed vast and continued improvement that bodes well for the remainder of his 2019 season.

The team now sets its sights on the opening round of the Superkarts! USA Pro Tour, which will take place on March 1-3. The third annual WinterNationals are being held at CalSpeed Karting Center in Fontana, CA and RPG is pumped to have a full tent of racers ready to attack. The team will participate in the first Los Angeles Karting Championship event at CalSpeed on February 23-24 to prepare for the WinterNationals.