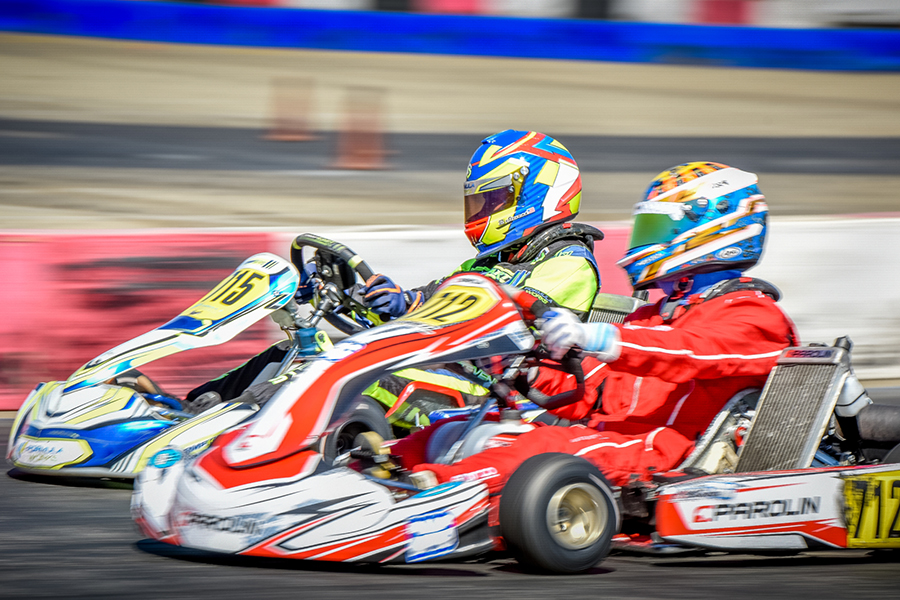 Racers are set for a return to the CalSpeed Karting facility to begin the 2019 Los Angeles Karting Championship (Photo: California Karting Life)

Karting in Southern California is set to tackle the 2019 season as the Los Angeles Karting Championship hosts its series opener on February 24. The LAKC returns to its home of the CalSpeed Karting facility in Fontana, California for the nine-race championship, providing a wide variety of categories and age groups once again. The LAKC program gave away over $36,000 in prizes last year at the year-end awards banquet, as the emphasis for the series has always been to give back to the racers.

Many of the top drivers throughout California and surrounding states venture to the Los Angeles Karting Championship a number of times on the season, and the 2019 opener will be no different. The LAKC event is planted one week prior to the Superkarts! USA Pro Tour WinterNationals, set for CalSpeed on March 1-3. LAKC is opening up 2019 on the same layout as the WinterNationals, with competitors taking on the newly updated ‘Grande’ circuit in the clockwise direction. A number of corners have been updated during the off-season, providing more challenging angles and passing opportunities.

“We are excited to kick off the 2019 season of the Los Angeles Karting Championship,” stated LAKC President Willy Musgrave. “It is exciting to be starting out the season in back-to-back weekends with Superkarts! USA and the WinterNationals coming to our home track of CalSpeed. LAKC has seen the development of many of the sports best drivers, where they have honed and developed their skills to be SKUSA Pro Tour stars and will continue into the future. We have a great number of industry supporters and families that make LAKC the place to race in Southern California.”

The 2019 season for the Los Angeles Karting Championship will once again feature nine rounds of racing, including one each month from February to October. Different layouts for each event will be utilized at the CalSpeed Karting facility, which sits just outside the Auto Club Speedway. Classes for the 2019 season are similar to that of last year. 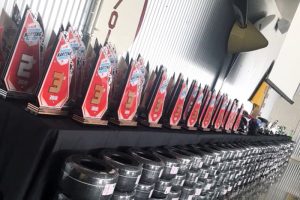 LAKC handed out over $36,000 in prizes last season with more expected in 2019 (Photo: California Karting Life)

A total of 12 shifterkart divisions are available throughout the season at the Los Angeles Karting Championship. The highlight is the Pro Shifter 1, Pro Shifter 2, G1 and G2 categories based off the new IAME SSE 175cc shifter engine. The LAKC race is the first official event on the west coast for the new motor package, sure to set a new track record on the weekend. Stock Honda racing continues at LAKC with S1 through S5, along with Open Shifter for all other powerplants. IAME is the ‘TaG’ engine of the LAKC, with the X30 for all age groups along with the IAME Swift engine for Mini and Micro aged-drivers. The KA100 division replaces the Briggs 206 powerplant for 2019, providing Senior, Master, Super Master and Junior categories. Completing the class roster is the Honda Kid Kart classes for Expert and Novice drivers.

For the opening weekend, LAKC will be providing a cash purse for the X30 Pro, Pro Shifter 1, and Open 125 Shifter Pro categories, scaled up based on entries. The series is expecting to pay out over $2,500 in cash.

Registration for Round One of the 2019 Los Angeles Karting Championship is open now until February 21 at MotorsportReg.com. LAKC Membership for the 2019 season is also available through MotorsportReg.com. Membership provides competitors with the opportunity to be included in the championship series points program, event and year-end cash and prizes, participation in the Team Championship Series and eligible for reserved pit spots. Industry members and businesses interested in becoming a class sponsor are eligible for a preferred pit location and more to support the 2019 LAKC season. For any teams needing pit spots, please contact Billy Musgrave at 951-500-7175.