Energy Corse: A Strengthened and Energetic Team to Start 2019 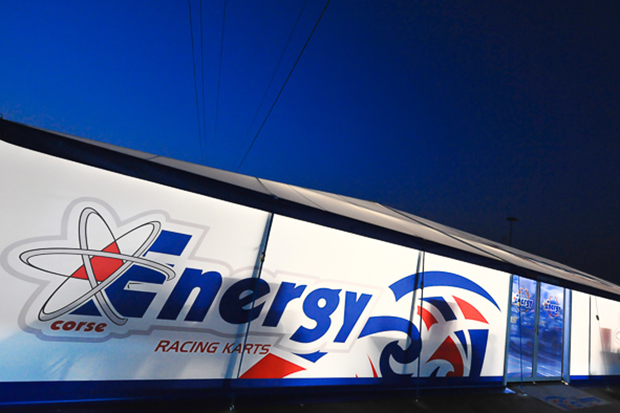 More than ever, Energy Corse justifies its status of a benchmark team in international karting, with an extensive race programme and a line-up of talented drivers in the main categories. The training of the youngest drivers, as well as the fight for podiums, will always be on the agenda for the team led by Mick Panigada.

Launch at the WSK Champions Cup

Several of the drivers announced for 2019 were at work at the end of January on the Adria circuit for the first big event of the season, the WSK Champions Cup, already with a very strong 60 Mini field, as well as many entries in OK-Junior. “Since our last race in 2018, we have not been inactive,” said Mick Panigada. “We continued the development of the equipment while solidifying agreements with our partners and engine builders. The races are continuing at a constant pace and it was important to be ready for the Champions Cup.”

With several qualified drivers among the 34 finalists, the Energy Corse team has made the most of its season debut and has already celebrated its first two top 10 finishes in 60 Mini, with 7th place for the Russian Dmitriy Matveev and 9th for the Jamaican Alex Powell, also winner of several heats.

The Russian drivers have definitely shown that they are not lacking in talent in getting noticed in OK-Junior. In the Final, Roman Shaparov made a 13-place climb to cross the finish 18th, two positions ahead of his Dutch team-mate Robert De Haan. The latter was penalised for his spoiler, as was Maksim Soldatov (25th), who had brilliantly ranked 6th in his Prefinal. Recent winner of the Rotax Max Grand Finals in Brazil, De Haan deserved better after finishing the heats in 7th position.

De Haan: From the Rotax World Cup to the podium with Energy

The Energy Corse team stayed at the Adria circuit for the first of four WSK Super Master Series events, organised just a week later. It was raining during a major part of the meeting, but the dry track was back for the Finals. In 60 Mini, the Final ranking did not really reflect the performance of the drivers of the team who had started full of optimism after Prefinal A. In this race five Energy chassis finished in the top 10, with the top three places going to Kirill Kutskov (leader after the heats), Alex Powell and Dmitriy Matveev! In the end, the best position went to Alex Powell, 4th in the Final. Vladimir Verkholantsev (RUS), Yaroslav Trukhin (RUS), Marcus Saeter (NOR, Revolution Motorsport) and German Foteev (RUS) also held the spotlight. Ranked 3rd in the Champions Cup Final B, Foteev returned to 11th the following week, this time in Final A.

In OK-Junior, Robert De Haan confirmed his talent by climbing on the second step of the podium after fighting all weekend at the forefront. The De Haan-Energy association has already produced sparks! As for Maksim Soldatov and Roman Shaparov, they again earned their places in the Final at the wheel of their Energy Corse-TM Racing karts. This is promising…

Top threes for Powell and Johnson

The blue, red and white chassis are seen on the circuits throughout the world, such as the excellent results achieved by the AKT Energy Racing Team in the United States. At the SKUSA Winter Series, Alex Powell placed 2nd in the Mini Swift Race 1 at the first event in Miami, where the Florida Winter Tour also opened. Nikita Johnson took 3rd place in Mini Rok.

“We are pleased to have such motivated and high potential drivers in our team,” continued Mick Panigada. “At Adria, our squad was not yet complete, as other drivers will soon join us. When the KZ2 enter the track, we can also count on two very determined Swedish drivers, Emil Skaras and Isak Sijokvist, while two Australians will join the Energy Corse team for the FIA Karting international meetings.”

The 2019 Energy Corse programme will include the World and European FIA Karting events, all the WSK Promotion races, the Winter Cup in Lonato, the Andrea Margutti Trophy, the Supernationals in Las Vegas, the International Finals for IAME at Le Mans and the Rok Cup at Lonato, as well as the Italian Championship in 60 Mini! So many opportunities to see the colours of the chassis and the Energy Corse factory team shine …