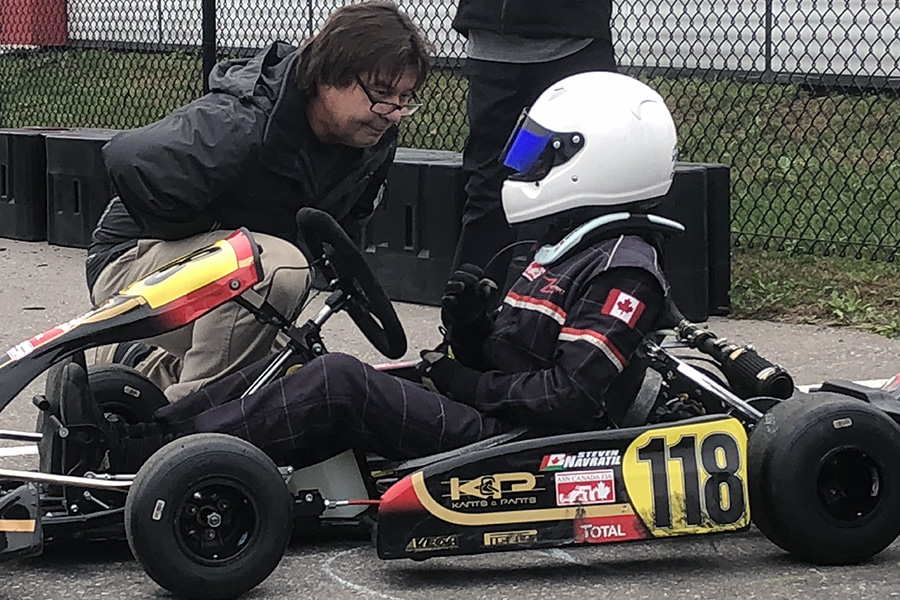 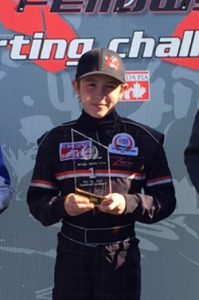 The first of two Canadians inside the top-10 of the Briggs & Stratton Weekly Racing Series Junior standings is Steven Navratil. The Ontario driver was one of 30 drivers to compete in the Briggs Junior Lite division at the Goodwood Kartways as part of the Toronto Racing Association of Karters (TRAK). Navratil scored the 2018 series championship riding off eight podiums in 11 rounds of racing, including three victories.

Steven also competed at the Mosport Kartways as part of the Mosport International Karting Association (MIKA) where he recorded nine podiums in 12 rounds of racing, including one victory to end up vice-champion in the Briggs Junior Lite division. Navratil placed 171st in the Briggs WRS standings for 2017, which was a drop off from sitting 30th in 2016.

Navratil began karting in the summer of 2014 at the Kawartha Durham Kart Club aboard a Gold Kart. He moved over to the TRAK and MIKA programs in 2016, racing in the Cadet divisions.

“I always wanted to get into motorspots. I chose karting because most aspiring race drivers start in karting. I enjoy racing Briggs because of the very high level of competition, world class facilities and the running of the clubs is very professional. I enjoy the camaraderie of the racers and fans. I look forward to another season with the Karts & Parts team.”

The 2019 season is one of advancement for Navratil as he will be moving from the Briggs Junior Lite to Junior, which is a much bigger class with many national-level drivers. Steven is set to compete at the two clubs again – TRAK (Goodwood) and MIKA (Mosport). He is also planning on racing in the Champion Ron Fellows Karting Challenge as well as the Canadian Karting Championships at Mosport in August.