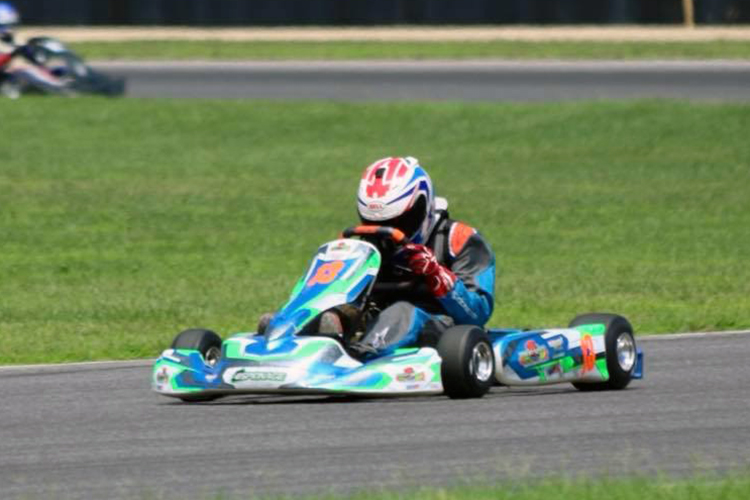 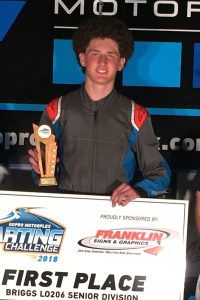 The GoPro Motorplex facility in Mooresville, North Carolina has become one of the staple circuits in North American karting. Since it opened, they have been on-board with the #OperationGrassroots movement under the Briggs & Stratton Racing banner. Each Karting Challenge event sees a number of Briggs 206 powered karts competing. Among them is Alex Keadle, a now two-time GoPro Motorplex Karting Challenge champion in the Briggs 206 Senior division.

For the 2018 season, Keadle went on to win seven of the 12 rounds to earn a second straight series championship. Those results put him #7 in the Briggs WRS USA standings for 2018 after placing 38th in 2017. This is only his second season in the Senior category, as he was vice-champion at GoPro’s Briggs 206 Junior class while finishing 58th in the Briggs WRS standings.

Keadle began karting three years ago when he was a freshman in high school, getting his start at the GoPro Motorplex with his dad buying a used Birel kart. “My dad bought it from our friend John Corry. It was fast right away. I feel that Briggs 206 is the most competitive class because everything is so even. You really can’t get away from the field and have to drive a nearly perfect race to win. I really enjoy that challenge. GoPro Motorplex is one of the best tracks in the country and the series is huge and very well run. It is truly a regional series due to the quality of the track and the central location. We routinely have very large fields with competitors from Canada to Florida and everywhere in between. I love the challenge of racing against some of the best drivers in the country.”