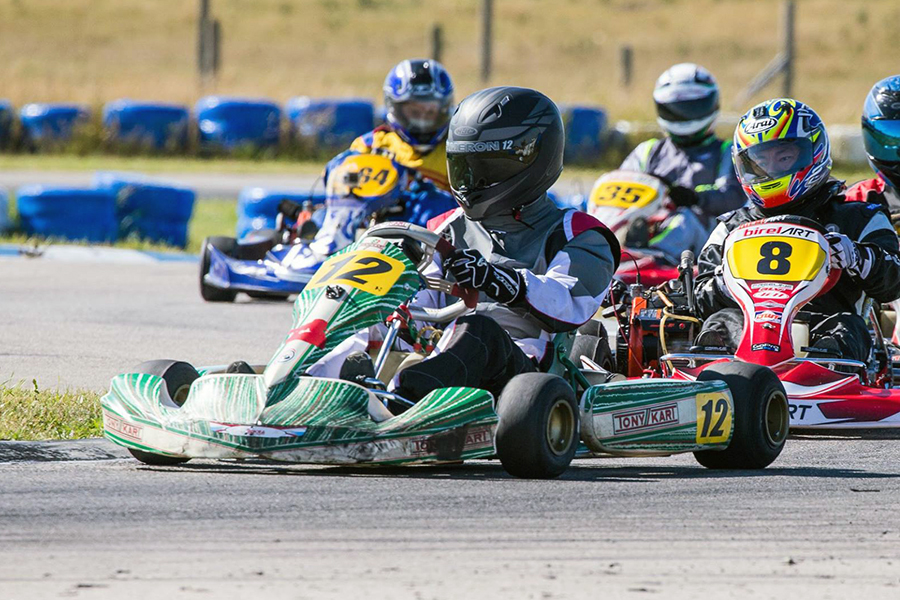 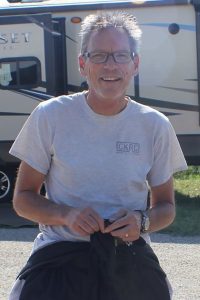 The first of three drivers to represent the Calgary Kart Racing Club in the Senior/Master Canadian standings is Dave Cameron. The 58-year-old completed his fifth season in the sport, nearly matching his best season in 2017. Cameron was second in the Briggs Heavy standings at the CKRC for 2018 with 1 win in nine rounds of racing. Those results put him 31st overall in the Briggs WRS standings. Last year, Cameron was the CKRC champion where he was 5th in Canada standings, 23rd overall in the Briggs WRS rankings. He has placed inside the top-50 in the Canada Briggs WRS standings over the last four seasons.

Cameron has been with Calgary Kart Racing Club since he began karting, purchasing a 1998 Margay he bought from a club member. He put on a brand new Briggs & Stratton 206 engine and went testing.

“Honestly, at the beginning it was because other options were too expensive. I race on a pretty limited budget; at my age I’m not expecting to get discovered, just to go faster and develop the racecraft. But now that I’m in the Briggs program, I would not change. The engines are the same. The tires are the same. We weigh about the same. So it’s all about the driver at the end. We regularly have fields of over 12 in the heavy class, even bigger for the lights. When the Edmonton racers come, we can have the top-10 qualifiers within tenths of a second. The racing is close and there is always someone to race with. And of course there’s the Briggs Weekly Racing Series!”

Karting is not just about getting that ‘need for speed’, but also to enjoy the comradery and new relationships built surrounding the sport.

“The community. All the friends I’ve made, both in Calgary and at the Edmonton club is one of the great aspects I like about karting. The way there are so many families that race together. The way everyone wants to help each other get better and make the grids bigger. The helpful team at Overdrive Motorsports. The amazing Kid Kart program — I have no kids, but it’s amazing. Our club executive (current and previous) and the club manager, always looking for ways to make the club better.”

Among the goals for Cameron in 2019 is to improve on his racecraft in order to be more competitive against the Calgary and Edmonton drivers ahead of him on the Briggs WRS standings. Dave is returning to the CKRC next season, with plans to race in Edmonton and thinking about participating in some WCKC events as well.