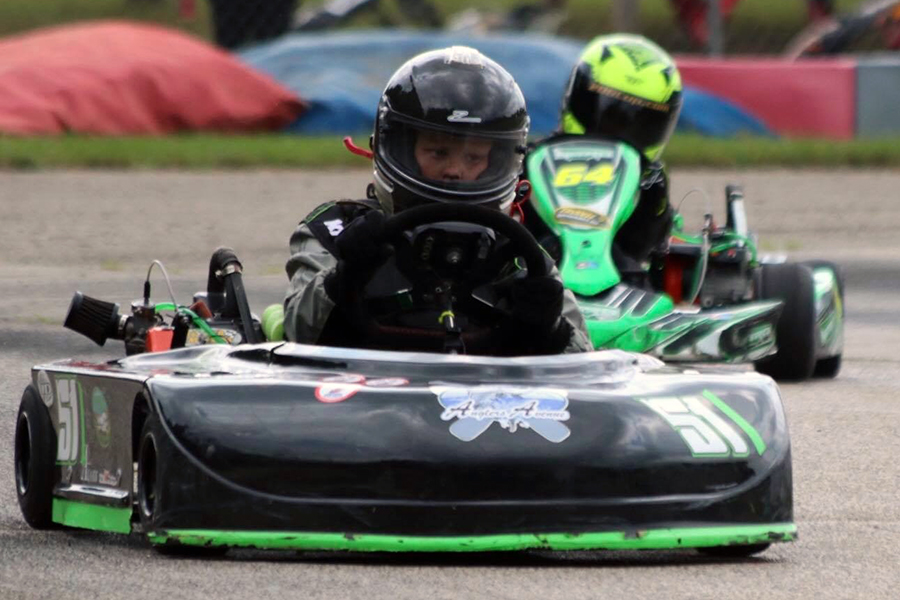 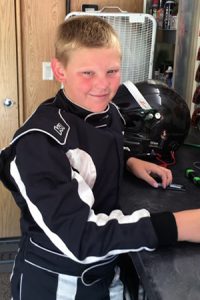 Back to back drivers from the Road America Karting Club in the Junior standings. The club that races at the CTECH Manufacturing Motorplex inside the famed Road America facility. The RAKC hosts two championship series – a nine-round weekend series along with a 12-race weeknight series. A combination of races made up the 11 rounds to make up the RAKC schedule for the Briggs Weekly Racing Series program. The top driver from the RAKC is Cayden Fretwell. Fretwell finished the 2018 season as the RAKC champion in the weeknight series, earning five victories in 12 rounds. The combination of results from the two series put him seventh in the Junior Briggs WRS standings, which is a great improvement from 52nd in 2017 and 2016.

Cayden’s love for karting began with a family trip to Mt. Olympus Waterpark and Themepark in the Wisconsin Dells at age 7. With Cayden steering the wheel and dad controlling the pedal, that moment sparked his fire for kart racing. It only took a few days later before the family purchased a Tony Kart Kid Kart to race with the Road America Karting Club in 2015.

“Because of Cayden’s age when he started racing, we were only offered the option of racing a Comer or Briggs engine package,” stated Cayden’s mother Jenny. “We decided on the Briggs engine package because it was a reasonably priced engine option that could move with him as he progressed from the Kid Kart class into the Briggs Sportsman class at Road America Karting Club. The Briggs 206 engine package has been a reliable and affordable option as he was able to run the same engine for the last 4 years and be very competitive.”

“Racing at Road American CTech Motorplex has been an amazing experience for Cayden. The different track configurations and the technicality of the track have helped Cayden to grow into an exceptional racer. He enjoys heading to the track every Tuesday evening during the race season to spend time with the friends he has made. The people we have met through karting have become a family to us. We spend time together during the off season as well and have developed some great friendships with them over the last for years.”

Cayden also raced with the American Super Cup Series, where he drove a half-scale NASCAR on a paved oval track. He finished the series in 6th place on the season. His heart is in karting, and his focus will be on karting for the 2019 season, moving up to the Briggs 206 Junior class this season with eyes on the prize in the Road America Karting Club and Cup Karts North America series.