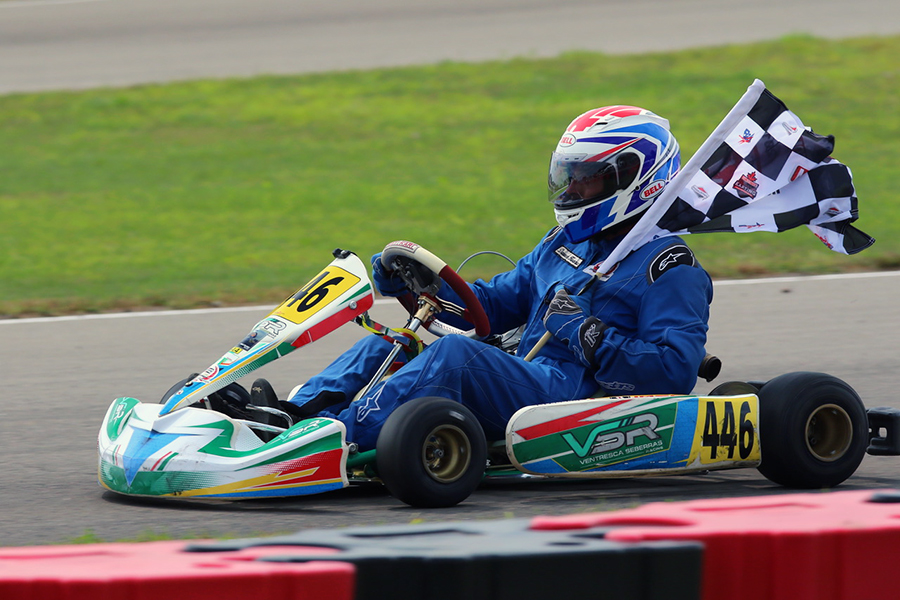 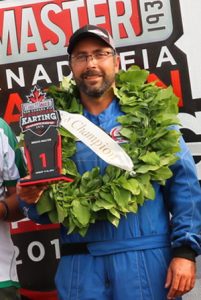 Darren Kearnan is one of 48 drivers to compete at the Briggs Masters class at the MIKA program hosted at the Mosport Kartways in Ontario. The Mosport Kartways sits alongside the Canadian Tire Motorsports Park circuit in Bowmanville, where the MIKA contested 13 rounds of racing. Kearnan competed in 12 of them, winning five times to finish the season second in the Briggs Masters standings to Eli Yanko. Sitting 8th in the Canada standings put Kearnan 37th overall for the 2018 season. It’s a bit lower than last year, placing 24th overall and sixth in Canada. Darren was 52nd (19th in Canada) for 2016 and 79th in Canada for 2015.

Kearnan started karting at the Goodwood Kartways in 1993 aboard an Invader. He moved to stock cars in 1999 and remained there until 2013. He returned back to the sport of karting in 2014 when a friend’s son began racing, which brought him back into the kart seat.

Darren has stood on the podium at the ASN Canada Canadian Karting Championships the last two years in the Briggs Masters division. In 2017, Kearnan was runner-up and followed it up by claiming the top step in 2018. He plans to continue racing in the Briggs Masters class at Mosport, as “it’s the largest and most challenging track that I’ve raced on.” His ultimate goal is to try and defend his national championship.