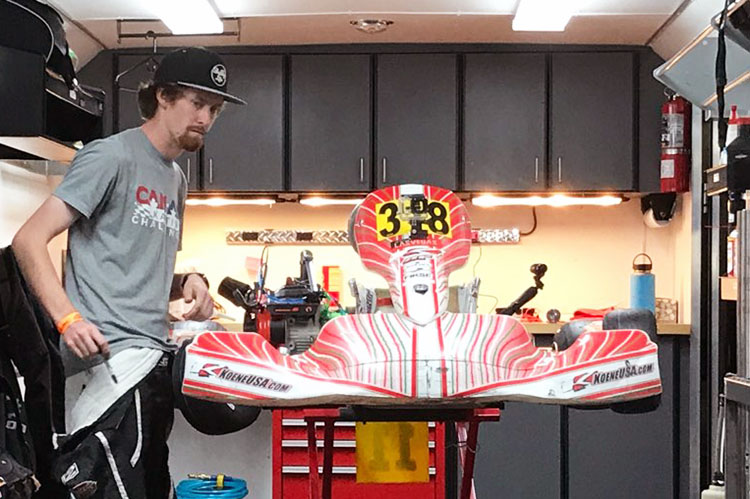 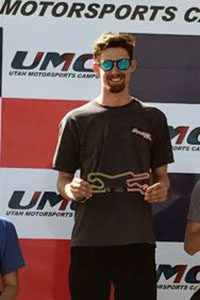 During our promotion of the #OperationGrassroots movement surrounding the Briggs & Stratton 206 powerplant and the Weekly Racing Series, it has not just targeted new racers. Former racers or those who have stepped away temporarily is another area that Briggs 206 racing has been a focus. We see it many times that when young drivers head off to college, karting takes a back seat. The opportunity to jump into a Briggs 206 ride at a local club, and karting can still be part of your life.

That is the case for 20-year-old Walker Hess. A figure on the national karting scene, the Utah driver competed at the major karting events in North America after getting his start locally at the Utah Motorsports Campus (formally Miller Motorsports Park) in 2009. His first kart was a Birel Cadet chassis they purchased from former IMSA driver Austin Versteeg. Hess worked his way up the ranks and was among the top-50 drivers in the eKartingNews.com TaG Driver Rankings by the time he stepped away in 2017 from the national stage to focus on his studies at the University of Utah.

“Going to college made it difficult to continue racing competitively on the national circuit, but racing locally in the Briggs 206 made it easy to drive out for a weekend of fun at my local track with little maintenance or preparation.”

Walker competed in nine of the 13 races of the Utah Karting Championship program in 2018 at the Tooele, Utah facility. Of those nine, Hess won five times with two runner-up finishes to help him finish fourth in the 4-Cycle Senior championship.

“There’s always a nice community feeling at our club races and it makes the racing fun and relaxing, especially compared to the national scene.  Although there is drama in some classes in our series, I think it goes to show how competitive a local series can be and why racing can be just as fun at your local track as racing nationally.  Of course, I miss the excitement of a 40-kart field in a national race, but racing locally can still give you that seat time that we are always craving and the Briggs 206 makes the racing extremely close and competitive, no matter your level of experience.”

Hess continues his studies at the University of Utah, not certain of his racing plans for the 2019 season. Racing his Briggs 206 at the Utah Kart Championship will continue along with a one-off for the Superkarts! USA Pro Tour SpringNationals, set to visit his home circuit in May.