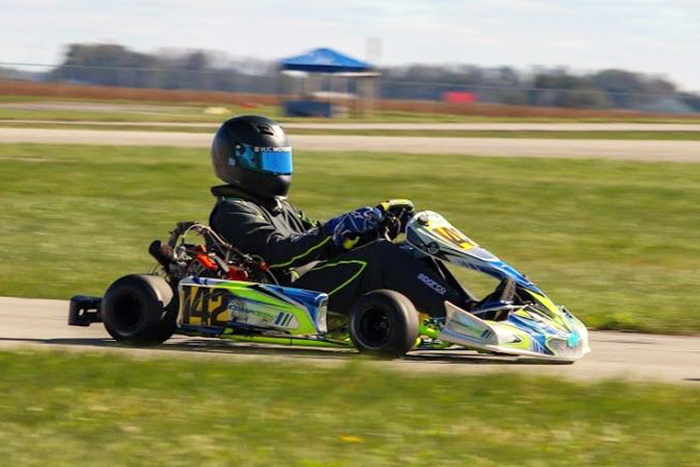 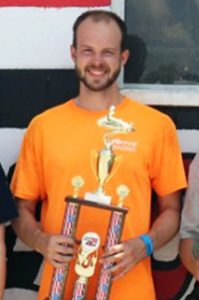 The Ohio Valley Karting Association (OVKA) is among the largest Briggs & Stratton 206 Weekly Racing Series programs in North America. The LO206 Senior class averaged 22 drivers in their 13 events of the 2018 championship chase, with a highest count of 32 at the end of April. At the front in nearly every one of the races was Scott Keith. In his eighth season racing at the G & J Kartway in Camden, Ohio, Keith finished the year runner-up in the club championship to 2018 Briggs & Stratton Weekly Racing Series top driver Eric Fagan. In the 11 races counted toward Keith’s point total, he placed runner-up nine times, earning one win in June. His worst in those 11 races was a fourth place.

Keith got his start in karting back in 2007 at the Ohio Valley Karting Association. His first kart was a 2002 Energy. For Scott, karting is a family sport as he races alongside his brother Zach Keith. Zach finished third behind Scott in the final club standings with one win and a number of podium results. Those efforts put Zach 28th in the USA standings and 35th overall.

“I enjoy karting because I can log a bunch of laps, compete against great drivers, with pretty good equipment, while still keeping things affordable.  I’m not sure there’s another form of motorsport that has that level of balance.  Racing with the OVKA for the most part over the last 10+ years, I like that they make an effort to connect with all-levels of racers and try to make changes as needed to benefit the asks of the club members.  In doing so we end up with a cool mix of karters, ranging from national-level drivers to friends just out to field a kart and race competitively.”

Scott and Zach are new members to the Briggs & Stratton 206 community, having jumped on board at the start of the 2018 season.

“Local class size, start up cost, tire/clutch/engine durability are what brought us to racing the Briggs 206 engine package. Historically we raced TAG and Yamaha Pipe but over the past few years the kart count at the local club has been decreasing a bit for those classes.  The OVKA did a great job promoting and supporting the 206 class, growing to 20-30 Senior-level karters each race day.  Knowing that we could race with a large field by making the switch, my brother and I bought new chassis & engines to move to 206 for the 2018 season.  So far the class seems to be gentle on the engine, clutch, and tires, making for a package you can log many laps with while not wearing out your equipment.”

For 2019, Keith is planning to once again run OVKA’s LO206 class, with a few other series races scattered throughout the season – including one or two at Circleville as part of the KISS series, and running a portion of the Buckeye Karting Challenge and Cup Karts North America.