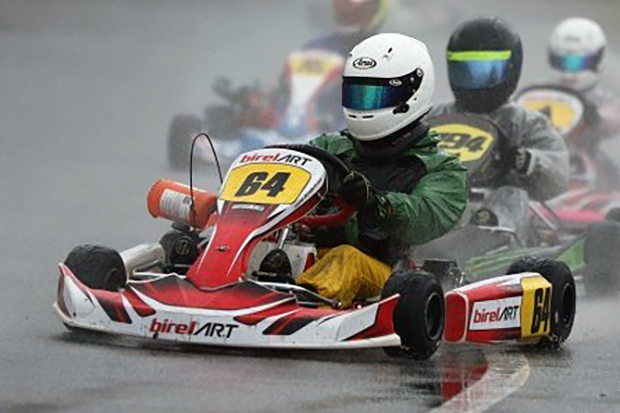 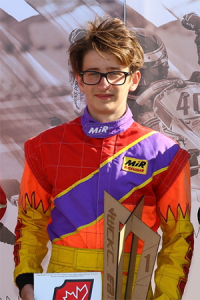 The 2018 season was an improvement for Wyatt Gulash in the Briggs Weekly Racing Series as he stood out throughout the western half of Canada. Gulash was able to score enough points to finish the year 10th in the Canada standings while ending up 41st in the entire North American rankings. Last year, Wyatt was 96th overall in the Briggs WRS standings with his championship season at South Sask Kart Club. The success for Gulash in 2018 came again at the SSKC where he repeated as the Briggs Sr. Lite championship. The SSKC calls the WF Botkin Raceway home, located northeast of Regina, Saskatchewan. Their series runs two races per event, hosting 24 rounds toward the year-end championship. Of the 24 races, Wyatt won 14 and only placed off the podium once.

It is a true family sport for the Gulash’s as they ventured into karting nearly a decade ago when Wyatt was 7. They joined the SSKC and Wyatt got his start behind the wheel aboard a Haase kart.

“I raced Briggs for a couple years and then stepped away from the class for a couple years. I have a great rivalry with my big sister and Garrett Britton. When I stepped away from the class, she started winning the races, I couldn’t let that happen for too long, so I got back in the Briggs Senior class and came out club champion two years in a row!”

His sister Haley Gulash was #143 in 2016 and #63 in 2017. This season, Haley ended up #73 overall and 20th in the Canada standings after beating her younger brother and the rest of the SSKC field seven times and placing second to Wyatt in the year-end SSKC standings.

“Nothing else compares to kart racing! It is fun! Our club was able to build a new track two years ago, so we race on a great track and I feel I belong to one of the greatest clubs in Western Canada.”

Wyatt also drives Senior Rotax, and in 2018, took part in the Western Canadian Karting Championship. Gulash earned the runner-up spot in the Briggs Senior standings in the WCKC with three podiums, including one victory, in the six rounds of competition. In the Rotax Senior class, Wyatt was 11th in the final standings. For the 2019 season, Gulash will be running both the Briggs and Rotax classes again, racing at different venues in Alberta, Saskatchewan and Manitoba. Of course, he will be going for a three-peat in the Briggs Senior class at South Sask Kart Club.