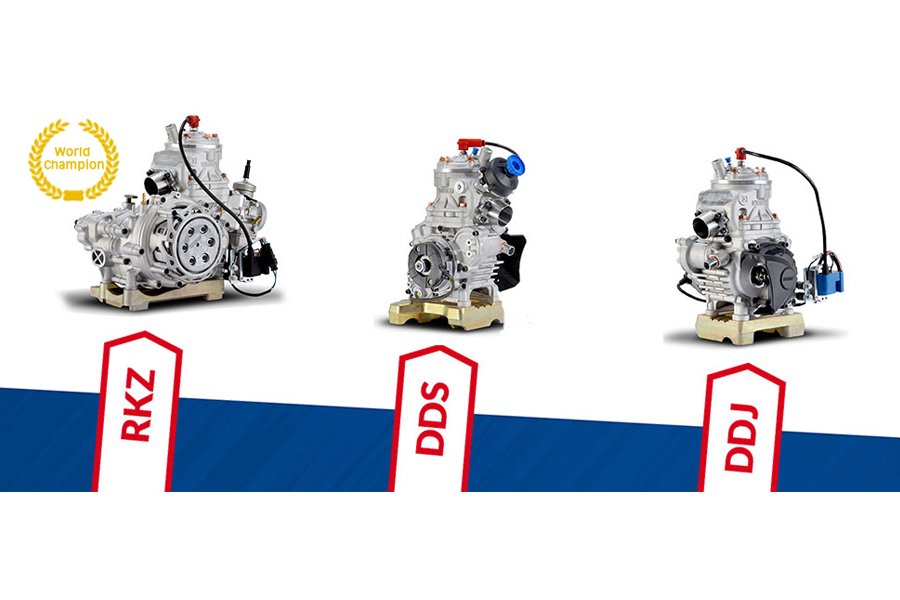 OKJ – DDJ ENGINE
The presence of the DDJ in the cadet class has been important throughout the whole season and in the CIK-FIA European Championship, a driver powered by Vortex conquered the Title. The future European Champion, Paul Aron (Ricky Flynn Motorsport), made his début on the International Circuit of Naples (Italy) with a brilliant success, continuing his climb to the continental Title centering another victory, on the occasion of the third round, in Ampfing (Germany).

The consecration for DDJ and Aron was in France, with a great performance that allowed the young Estonian to conquer the prestigious title.

In addition to the victory in the European Championship, the DDJ engines reached the upper positions of the rankings in each round and they have been actually chosen by the 36% (average value on the four tests) of drivers.

Besides Aron, other drivers brilliantly stood out throughout the European Championship, stepping onto the podium, such as Askey (Ricky Flynn Motorsport), Griggs (Lennox Racing Team) and Smal (Ward Racing), without forgetting the pole positions conquered by Bedrin (Tony Kart Racing Team) in Essay and by the already mentioned Smal at PFI.
On the occasion of the World Championship in Kristianstad (Sweden), even though they did not manage to reach the podium due to some unlucky events, the Vortex drivers showed the DDJ engines’ potential. The best lap obtained in the Final by Smal proved this and the trust of teams and drivers placed in Vortex engines reached an important result, with the 42% of DDJ engines at the beginning of the event.

The great season was completed by the victories achieved in other important International events, such as the WSK Series. At the beginning of the season, Aron won two prestigious one-shot races, the WSK Championsh Cup (Adria Karting Raceway) and the Winter Cup (South Garda Karting).

Still in the WSK series, during the Open series in the South Garda appointment, the podium was completely Vortex with Smal, Ten Brinke and Bedrin, ending the race in this order.

OK – DDS ENGINE
In the OK category, the DDS engines obtained good results with Stanek, who opened the CIK-FIA Europena Championship winning the Title on the Neaples Circuit (Italy).

On the European championship, Vidales (Tony Kart Racing Team) and Thompson (Ricky Flynn Motorsport) reached the second step of the podium in England and France, respectively.

Just a few of unlucky circumstances prevented the drivers powered by Vortex to stand out also in the CIK-FIA World Championship in Kristianstad (Sweden), which however recorded the amazing record of DDS engines at the start, with the 49% of drivers branded Vortex.

KZ2 – RKZ ENGINE
The 2018 season ends with a fantastic result, the third World Title within the whole Vortex history, won in the shifter category.

The incredible victory of RKZ arrived with Hajek (Kosmic Kart Racing Dep.) on the Belgian circuit in Genk in a successful weekend fot the Vortex engines. Besides the World Championship, the RKZ won the CIK-FIA International KZ2 Super Cup with Viganò (Tony kart Racing Team), conquering also the third step of the podium with Vidales (Tony Kart Racing Team).

In the European Championship, Ardigò (Tony Kart Racing Team) centered the third position in the opening race in Salbris (France), fighting for the Title until the end.
Ardigò obtained also the first victories of the season, with the WSK Super Master Title (3 partial victories) and the victory at the enf of the season in the Macao Grand Prix of KZ.

ACADEMY TROPHY
Also this year, Vortex (DDJ engines) was supplier, together with Exprit (chassis) of the Academy CIK-FIA Trophy.

The CIK-FIA Trophy, reserved for young emerging drivers, with the single supply system, proved to be a technical and organizational success, thanks also to the incredible work carried out on the tracks and in the factory by Vortex technicians.