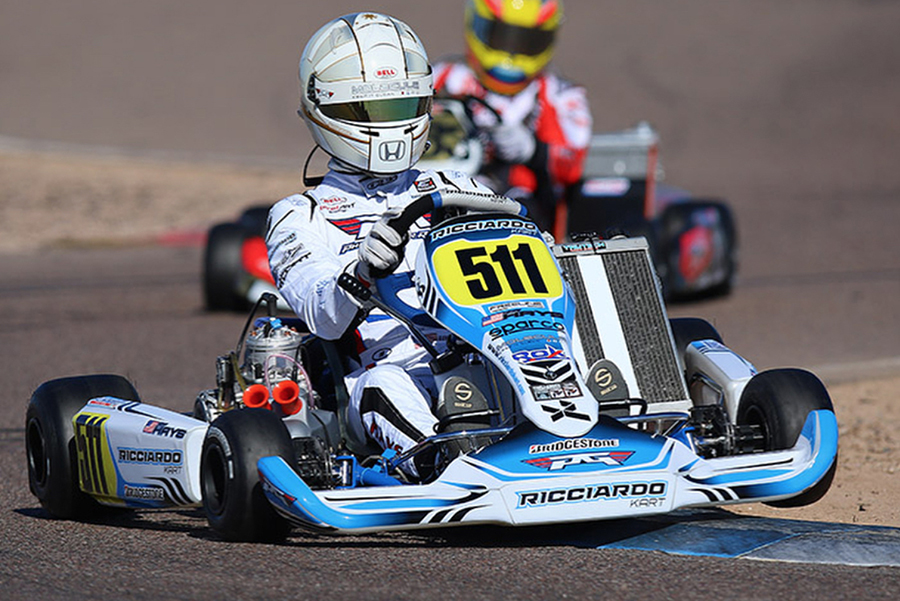 Traveling from his home in California to the Le Mans Bugatti Circuit in Le Mans France, Phil Giebler Racing (PGR) standout Nicky Hays is set to contest in the Richard Mille Young Talent Academy this week. Taking place December 13-14 in France, Hays is one of seventeen finalists to have the opportunity to try and garner a fully funded season in the potent French F4 Championship program.

“Nicky is a very talented driver and has grown leaps and bounds in our program,” explained Phil Giebler, Owner of PGR. “We have worked on both his karting and car skills and race craft, and I am confident in his abilities. I think he has a good shot and we support him in all of his racing efforts.”

The Richard Mille Young Talent Academy is comprised of young drivers from around the world that compete on the BirelART and Ricciardo Kart chassis line. Distributors choose top drivers from their areas to compete and Nicky is well deserving. The academy gives young drivers, such as it did Giebler himself back in 1999, an opportunity to break into the world of open wheel racing and begin to develop a career in motorsports.

As a front-runner in North American karting, Hays was the 2018 Challenge of the Americas ROK Shifter Vice Champion, as well as a top-five finisher at the opening event weekend of the Superkarts! USA (SKUSA) Pro Tour. Progressing through the year under the watchful eye of Giebler, Hays competed in a Formula F car courtesy of Brad Hayes Racing and Fast Forward Components in the West Coast SCCA program claiming two victories and three podiums in the six race program.

Later on in 2018, Hays travelled east to compete in the Formula Race Productions F1600 series with Team Pelfrey. In his debut weekend, the PGR and Ricciardo Kart driver secured two podium finishes and followed that success up with a victory and another podium result at the next event at the challenging New Jersey Motorsports Park.

Off the track and in addition to being selected for the Richard Mille Young Talent Academy, Hays was a top-six finalist in the Team USA Scholarship, despite very little car experience compared to his fellow peers. With a resume full of championships, major victories and success, Nicky Hays is destined to climb the motorsports ladder.

Giebler continued, “Everyone within Phil Giebler Racing and Ricciardo Kart wishes Nicky the best of luck this week in his European adventure. I have personally travelled with Nicky to France as this entire program is close to my heart. This is virtually the same scholarship I won in 1999 through the FFSA that really launched my racing career in Europe and proved to be a critical part of my development as a young driver.”