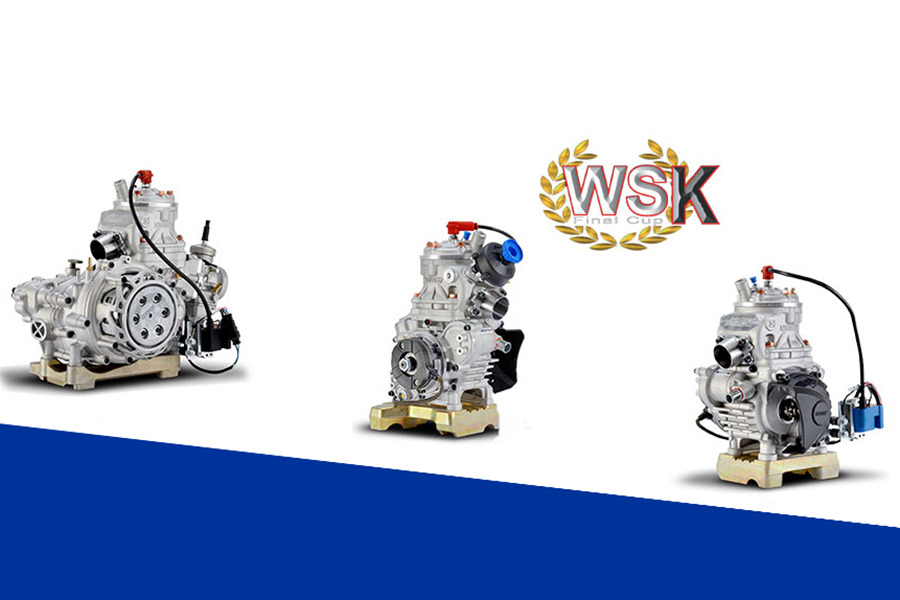 On the Adria Karting Raceway, Kirill Smal brought the Vortex engines high in the final challenge of the WSK Final Cup, obtaining the third position of the OK Junior category.

The chequered flag is waving on the Adria Karting Raceway, last stage of the WSK Final Cup and final challenge of the 2018 karting season, which gave another fantastic result to Vortex.

Kirill Smal, top driver of the Ward Racing Team was able to honour the performances and the reliability of our engines, being able to center the third position of the OKJ category. A performance reached in a particularly difficult weekend due to the bad weather, which affected the Adria circuit, where our DDJ engines have been chosen by 28 out of 77 registered drivers (36%). Among these, the engine used by the Russian driver brilliantly stood out, centering two second and a third position in the qualifying heats, and moving to the third position in Prefinal B under the chequered flag. In Final, then, Smal shows his driving qualities on the wet asphalt, overtaking and playing a leading role, gaining the second position. With such result, Kirill Smal obtains the third place in the final rating of the OKJ category of the WSK Final Cup, in which also other drivers using our Vortex engines distinguished themselves. In Adria, actually, the successful drivers in the eliminatory heats were Thomas Ten Brinke (Ricky Flynn Motorsport) and Nikita Bedrin (Tony Kart Racing Team), both of them with two victories and a third position, together with William Siverholm (Ward Racing), author of a victory in the heats, while James Wharton (Ricky Flynn Motorsport) reached the pole position (55”767) and three second places. This way, at the end of the heats, four Vortex drivers brilliantly stood out: Ten Brinke (third), Wharton (fourth), Bedrin (fifth) and Matthew Rees (eighth and able to gain a silver medal in the qualifying heats). While in Final, the drivers using our DDJ engines were six: Kirill Smal (second), James Wharton (third), Kai Askey (sixth), Josep Maria Martì (seventh), Nikita Bedrin (eighth) and Laursen Conrad (Ricky Flynn Motorsport).

Good results also in the OK category, where our DDS engines have been chosen by the 40% of the registered drivers (19 out of 47). Among them, the fastest in the qualifying was Viktor Gustafsson (Kosmic Racing Department), author of a 1’04”470, after which he played a leading role with two victories and a third place during the eliminatory heats. In the qualifying heats, other two drivers had great performances: David Vidales (Tony Kart Racing Team), with a second and a third position, and Kacper Szczurek (Speedkart) with a bronze medal. At the end of the heats, however, three Vortex drivers reached the Top 10: Viktor Gustafsson (second), David Vidales (sixth) and Paul Aron (Ricky Flynn Motorsport). In Prefinal A, Noah Milell (Tony Kart Racing Team) brilliantly stood out, gaining a third position and the fifth place on the grid for the Final, and finally obtaining an eighth place. In the end, two Vortex drivers reached the Top 10 after the decisive race of the weekend: Milell and Sami Meguetounif (Team Oakes). KZ2 – ENGINE RKZ Like in Castelletto di Branduzzo, on the WSK Final Cup second race meeting, in Adria as well our Vortex engines were represented only by Axel Bengtsson (Kosmic Racing Department) in the KZ shifter master class. The Swedish driver starts his weekend with the fifth time in qualifying (1’05”309), from which he then stands out in the qualifying heats with a sixth, a fourth and a third place. In this way, he obtains the fourth position in the Top 10 at the end of the Media Release Date: 30.11.2018 Press release number: 09 Event: WSK Final Cup 2019 OTK M&C eliminatory heats. In Prefinal¸ however, he slips to the 16th position, forcing him to start from the backlines in the Final: here Axel becomes the protagonist of a splendid recovery, ending with a sixth position, affected by a penalty of five seconds due to the front fairing dismounting of his Kosmic Mercury S powered Vortex.