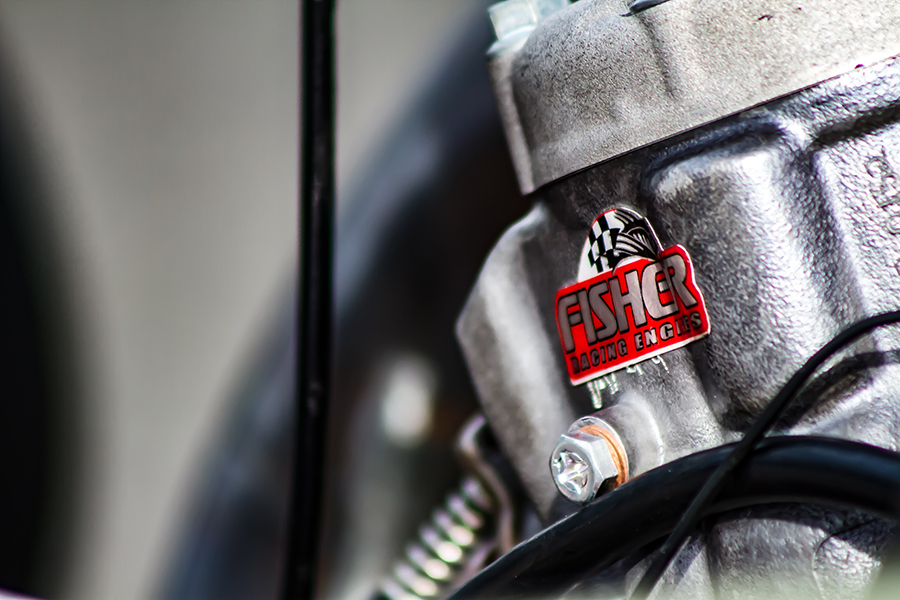 Fisher Racing Engines had a brilliant week at the Superkarts! USA SuperNationals in Las Vegas, Nevada. Capturing four podiums and a dominant win, they have proved once again that they have what it takes to compete with the best in the world.

The highlight of the weekend was Rob Logan capturing the victory in the master shifter category. Having never claimed a Superkarts! USA Pro Tour or Supernationals victory, the CRG Nordam driver was on a mission from day one of the event. Rob would achieve pole position during qualifying, besting his fellow Fisher Racing Engines competitors Jason Faint and Jordan Musser, seeing Fisher Engines occupy the first three grid positions for each heat. In the end, it was Logan who would emerge victorious with a two and a half second lead over the second place finisher. Faint and Musser would also finish on the podium, with fantastic third and fourth place efforts. Brett Harrelson (P12), Mike Jones (P13), Mike Rivera (P16), and Farshad Bagheri (P18) all had fantastic drives throughout the weekend. Bagheri would suffer a DNF in a heat, forcing him to start thirty second in the final, where he gained fourteen positions and was awarded as the hard charger of the race. Unfortunately, the grueling conditions of the temporary course would claim Alexis Cosia, Ben Shermerhorn, and Rod Clinard to DNFs in the main.

Another fantastic drive was that of Mad Croc factory pilot and current SKUSA Pro Tour champion, AJ Myers. Myers, who has utilized Fisher Racing Engines powerplants for the twenty eighteen season, was consistently up front in the shifter pro category all week. Finishing second, first, and third in the heats, the young Floridian was set to compete for a win on SuperSunday. Unfortunately, AJ would come just six tenths of a second short of victory in the final, and be forced to settle for second place. TB Kart USA would find themselves inside the top ten on Sunday, with Kristijan Habulin finishing in ninth place. Collin Daley, the Jamaican driver piloting his Fisher Engines powered DR Racing Kart, was able to bring home tenth position in the shifter pro category. The hard charger of the main, Max Hewitt (CRG Nordam), was able to advance twenty positions to finish P13 in the final. Drivers also utilizing Fisher Racing Engines were Josh Lane (P15), Callum Smith (P17), Devon Smith – Harden (P18), and Ryan Rudolf (P21).

With twenty one drivers dropping out in the shifter pro final, unfortunately many drivers were caught up in incidents. FRE drivers who unfortunately didn’t finish the final (none of whom suffered engine related DNFs) were Mark Snyder, Evan Batt, Tyler Guilbeault, David Kalb Jr, Tim Hollowell, Reily Cann, and Pedro Hiltbrand. Texas native Scott Cherry would unfortunately end his X30 masters weekend early due to an on track incident Friday night.

Looking on towards the twenty nineteen season, Fisher Racing Engines is very excited to be a part of the inaugural year of using the new IAME SSE powerplant. “We look forward to seeing this new program kick off. We have been involved hands on with the platform for over a year now, and we think the racers are going to love the whole package.” said FRE owner Brian Fisher. For more information on pricing and options to get you ready for the 2019 season, contact Fisher Racing Engines at brian@fisherracingengines.com