Carson Morgan to Race Under Supertune Banner in Las Vegas 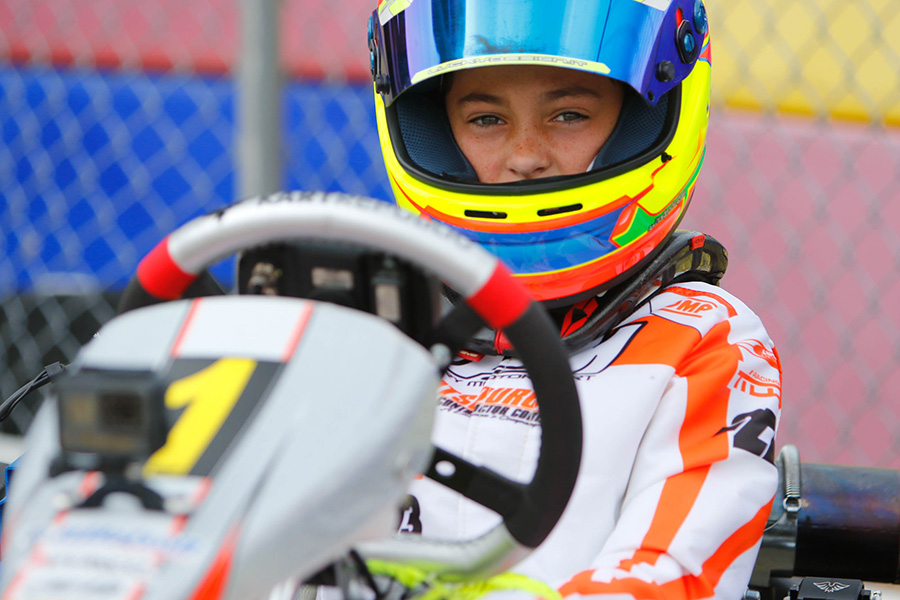 A quick one week at home bookended by back to back events in Las Vegas, Supertune will aim one step higher at the 2018 Superkarts! USA (SKUSA) SuperNationals. Leaving the ROK the RIO event with a second place finish in Mini ROK, the stakes will be raised next week as the Indianapolis based team enters four drivers in the largest race on North American soil.

In a surprise move, back-to-back Superkarts USA IAME Mini Swift Pro Tour Champion Carson Morgan has made the switch to the Tony Kart brand and will be under the watchful eye of Supertune and Ben Cruttenden.

“Really happy to have Carson under the Supertune banner and aboard a Tony Kart,” explained Team Owner Ben Cruttenden. “I think as a team and the brand, showed well last week and turned some heads. Kai Sorensen was able to stand on the second step of the podium with Tony Kart taking the top two positions. Carson tested the Tony Kart last week and really took a liking to it.”

“I want to thank Ryan Perry and RPM for all of their hard work and support since I have been under their tent,” explained Carson Morgan, who will be a major threat for victory next week in Las Vegas. “We have had great success together and I wish them luck. I am excited to work with Supertune and Ben as I have worked with him in the past. I think it is a good mix and a perfect way to end my Mini Swift season and career.”

Three drivers will return to the SuperNationals that competed with Supertune at the RIO All-Suites Hotel and Casino in Las Vegas including Jeremy Fairbairn in the X30 Junior class, as well as Enzo Deligny who will join Sorensen and Morgan in Mini Swift.

Cruttenden added, “We have space for another driver or two as well as the equipment on site to set them up. Last minute deals are more than welcome and we will provide the same great quality service to all of our customers.”

At the first annual ROK the RIO event, Supertune put three Mini ROK drivers in the top sixteen including two in the top ten and one on the podium. Sorensen would lead the way and looked to have the win in the bag until a last lap pass relegated him down to second. Deligny had a strong showing and was able to secure a seventh-place finish while Yuanpu Cui advanced forward fourteen spots from his 30th place starting position to end his week in 16th.

Yan Liang did not compete in the ROK Senior main event due to injured ribs sustained through the heat races. Jeremy Fairbairn secured an eighth-place finish in the talent-filled ROK Junior field and will return next weekend to do battle in the X30 Junior category.

“I think Jeremy will have a better showing at the SuperNationals,” continued Cruttenden. “We had a few issues that were out of our control and with the extra prep time, his regular tuner and an engine package that he knows, Jeremy could be in contention for the win.”

For more information on Supertune, race team opportunities at the SKUSA SuperNationals or onwards into 2019, OTK product sales, or engine and dyno services, please contact Ben Cruttenden at 317.900.3141 or via email to Ben@Supertune.us. Supertune can also be found through their social media accounts at Supertune USA.