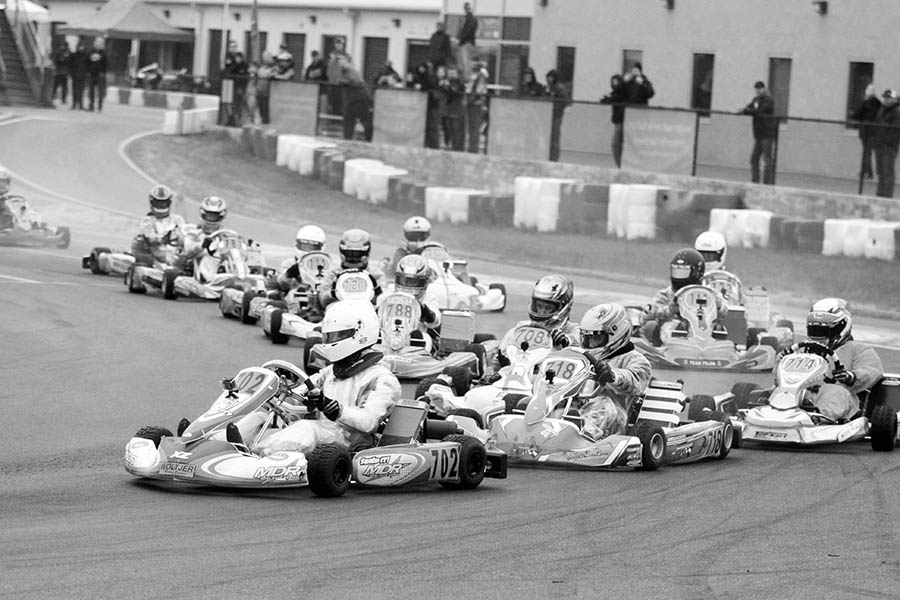 One of the most coveted trophies in United States karting is the WKA Eagle. Competitors are gearing up for a chance to battle for them this weekend as the World Karting Association Bridgestone Manufacturers Cup Series is set to host the 2018 Grand Nationals – presented by Top Kart USA. The popular GoPro Motorplex in Mooresville, North Carolina is the site for the 2018 edition of the WKA Grand Nationals, welcoming the series for the second time this year after hosting the second event of the 2018 Manufacturers Cup Series. Weather is to be a factor throughout the weekend with rain forecasted all of Friday – along with colder temperatures. 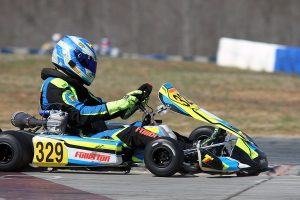 Austin Garrison looks to add to his win total for 2018 in IAME Senior (Photo: EKN)

The championships are provisionally locked up in a number of categories heading into the finale. Among them is the IAME Senior championship with Austin Garrison at the top. The Fullerton driver has six victories in ten rounds of racing heading into the Grand Nationals, holding the provisional championship in hand. Colin Neal, one of the newest drivers to transition to the Kart Republic chassis, is the top challenger, unable to better the ‘best of 9’ total with victories this weekend. Of course, the two ‘Eagle’ trophies on the line will be the goal for all drivers, including local driver Ashley Rogero (OTK), Elliot Budzinski (Kosmic) and #5 in the EKN Driver Rankings Alex Bertagnoli – making his CompKart debut on the weekend.

The same in the KA100 Senior division as Blake Hunt has enough points to earn the inaugural class championship. Hunt started the season under the Fullerton USA banner, now racing with the KSNA / Kart Republic. He is recovering from a broken collarbone, where Brandon Jarsocrak subbed for him at the New Castle event, scoring two wins. Those wins helped put Hunt out front in the title chase, with a ‘best of 9’ total unable to be reached by any other driver in the standings. Emory Lyda (Merlin) is the next top challenger, still looking for his first win of 2018. The field is stacked for the Grand Nationals, with former WKA champion Dakota Pesek (Top Kart), Senior rookie Pauly Massimino (Kart Republic), and veteran Brad Brittin (Merlin) among the 15-driver field. 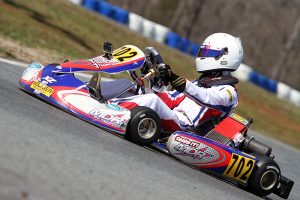 Two drivers will continue their battle in the Yamaha Senior division toward the championship. Meghan Peri (FA Kart) leads Cayla Chapman (Top Kart) in the standings, leading by 55 points. Hunter Peri (FA Kart) rounds out the small field for the Grand Nationals, with the class to run at the back of the KA100 field.

The championship in the IAME Junior division has yet to be decided. Josh Green (Kosmic) has led the title chase for the last few events, and enters the Grand Nationals with a 145-point lead when factoring in the ‘best of 9’. Podium finishes can ensure Green with the title before moving up to the Senior ranks full time for 2019. The top challenger is Connor Ferris (Top Kart), who has yet to win in 2018. Kaden Wharff (Top Kart) has one win, and remains in the title chase along with Matthew Duncovich (Kart Republic), and GoPro 1 winner Tyler Ferris (Top Kart).

Kaden Wharff (Top Kart) has the provisional championship in hand in the Yamaha Junior category. Wharff has seven wins on the season to give himself an advantage of 182 points in the ‘best of 9’ over Tyler Ferris (Top Kart). Wharff will look to add to his win total this weekend while Ferris will sit out. Ian Quinn (FA Kart) and Garrett Davis (FA Kart) will battle for the third spot in the standings with William Cox (Tony Kart), Kendall Hedge (Tony Kart) and Brooke Nachtmann (Tony Kart) fighting for the wins on the weekend. 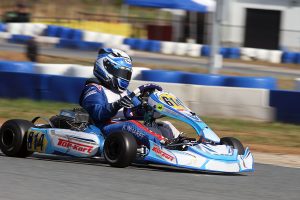 The KA100 Junior class will make its WKA debut, set to be a championship division in 2019. This weekend, it is a local option class, with 14 drivers registered. Kaden Wharff (Top Kart) is doing the triple, racing all three Junior classes. He along with Hayden Jones (Tony Kart), Brooke Nachtmann (Tony Kart), and Tyler Wettengel (Kart Republic) – who suffered a broken arm in July – will be among those competing for the wins. 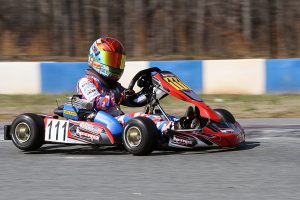 With Maier moving up on Sunday at New Castle, that has opened up the fight for victories to anyone in the Micro Swift class. Two drivers other than Maier to win on the season are among those fighting for the Grand Nationals WKA Eagle trophies this weekend. Gavan Boschele (Nitro Kart) won both Finals in Pittsburgh while Cameron Weinberg (Nitro Kart) won Round 10. They along with Hoyt Mohr (Nitro Kart) and Miles Murray (Nitro Kart) are among the contenders.

The Kid Kart division is a best of 8 program after not running at Daytona. Hudson Floyd is the point leader heading into the Grand Nationals, with a 90-point advantage over Chase Groh. Each have two wins while Beckham Lewis has three, sitting third in the standings, back by 130 points. The class is at 17 drivers set to battle at GoPro, which is the largest class of the event.

Another new class for 2019 is the Briggs 206 Cadet class. After making its debut at New Castle, the class will run once again as a local option class at GoPro. Ben Maier (Nitro Kart), Sebastian Ng (Nitro Kart), Danny Dyszelski (Energy) will be among those contending for the victories.