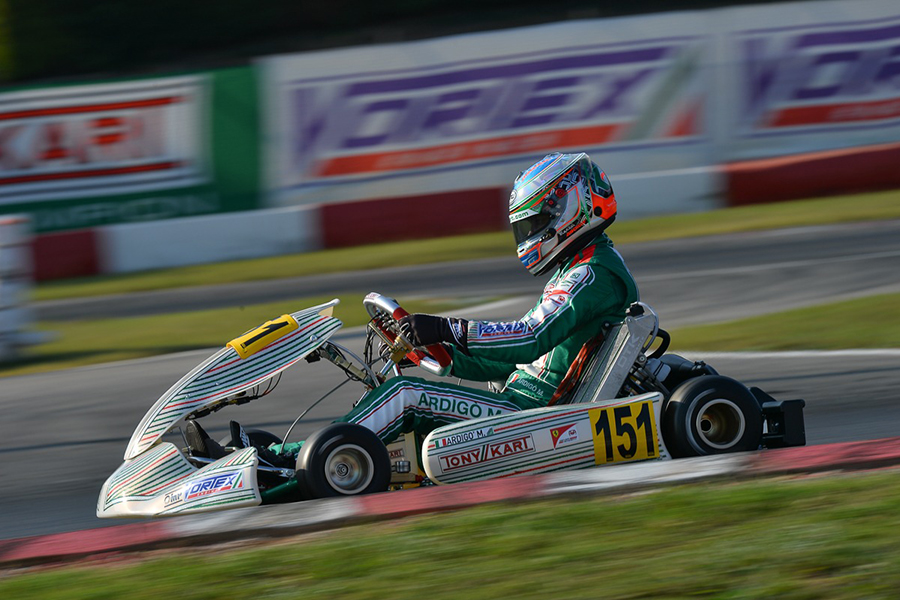 On the South Garda Karting in Lonato, Simo Puhakka and Marco Ardigò in KZ2 and Nikita Bedrin in OKJ made the Tony Kart Racing Team’s colors shine

The curtain falls on the first round (of three) of the WSK Final Cup, a series promoted by WSK Promotion, which during the weekend of October 18th-21st organized the first round on the South Garda Karting in Lonato. An appointment, in which all the Tony Kart Racing Team’s drivers expressed their potential at best.

At the beginning of the weekend, the current KZ2 FIA Karting International Super Cup Champion was the one who took the plunge in the shifter class: Matteo Viganò, actually, centered the fifth time in the qualifying; subsequently, he was able to conquer a third and a second place in the heats, which awarded him with the second position in view of the prefinal.

At the start of the decisive race of the weekend, Ardigò and Puhakka immediately tried to enter the fight for the victory, in the last laps the Finnish driver manages to assert himself and attempts the attack of the first position: under the checkered flag, however, he will end his race in the second position, ahead of his teammates Ardigò and Viganò.

The satisfaction of the Tony Kart Racing Team continues in OKJ class, where Nikita Bedrin has been the author of a fantastic weekend: the Russian driver, actually, stood out brilliantly since the qualifying with the absolute best time, a 47”567; after that, he is also able to center three victories in the heats and a second place in the B pre-final, which allow him to start the decisive race in the second row. Here Bedrin expresses the potential of his Tony Kart 401S Racer powered Vortex at his best, recovering two positions and ending his race in the second place under the checkered flag.

A little bit unluckier his teammates instead: among the Juniors, actually, Laurens Van Hoepen does not go over the 20th position in the final, even if he is able to conquer a third position in the heats and the eight place in pre-final A. Also our standard-bearers in the OK category, Noah Milell – Roman Stanek, felt bad about the weekend results: the Swedish driver starts the weekend with the sixth time and continues growing until centering a bronze medal in the heats.

In the Mini 60 category, Rashid Al Dhaheri brilliantly stood out for constantly being present in the top positions during the eliminatory heats and for the eight position in the final.

Great performances also for Jimmy Helias, the French driver who gained the ninth time and proved his high qualities during the heats as well. Unfortunately, an accident does not allow him to race in the final stages.

What has been done in this first round on the South Garda Karting will definitely serve as important experience in view of the next karting appointment of the Tony Kart Racing Team, that is the second round of the WSK Final Cup taking place in the weekend of November 8th-11th on the International Circuit 7 Laghi in Castelletto di Branduzzo.