Sodi Continues Its Momentum at Lonato 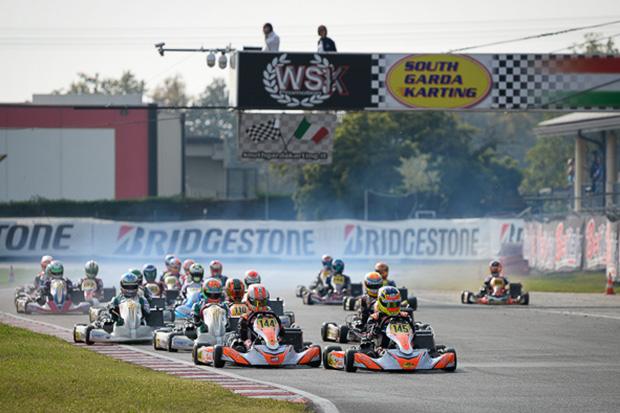 After victory at the Le Mans 24-hour Karting Championship with the FIA ​​Karting Endurance Champion title, the Sodi Racing Team set sail for Australia for another haul of success at the “Race of Stars”. Last weekend, it was time to join the elite of international racing in KZ2 in Italy for the first round of the WSK Final Cup to continue with this winning streak.

Already in full preparation for next season, the French team spared no effort to further promote the Sodikart products. Bas Lammers knew how to use the complete potential of the French chassis to dominate the international competition and to take a superb victory on the circuit of Lonato. This great success was completed by the excellent performances by his team-mate Anthony Abbasse, poleman in Qualifying and unfortunately delayed by a collision early in the Final.

At the wheel of their Sodi karts with TM Racing engines carefully prepared by Cédric Sport, Anthony Abbasse started with pole position in Qualifying, while Bas Lammers posted the 3rd fastest time. The flying Dutchman took the lead in the first heat and won three clear victories against leading opponents. Abbasse followed him twice in 2nd place before suffering a tough blow in the third race. The Frenchman was 4th in the Prefinal and kept his chances of a good result. Meanwhile, Lammers won again in front of a formidable rival and took pole position for the start of the Final.

After a good start, Lammers was fighting to keep the advantage. He overtook Marco Ardigo on the fourth lap and then resisted the return of Simo Puhakka by posting successive fast laps despite the pressure. The effectiveness of his Sodi / TM kart allowed him to finish an extremely convincing event for the French brand with a well deserved victory. Abbasse was less fortunate as he was pushed on the first lap and dropped to 24th. He did not, however, give up fighting and made successive passes to finish in the top 10 despite everything, with very competitive equipment.

On a very selective Italian circuit and valued by many teams, Sodi made a beautiful demonstration at the beginning of autumn. The main mission of the Sodi Racing Team was to perfect the development and to test the efficiency of the 2019 chassis in race conditions. Lammers currently ranks 1st with 90 points, almost double his direct pursuer, while Abbasse has not had his last word in 6th position. The result is clearly positive and promising for the next two events of the WSK Final Cup at Castelletto then Adria.