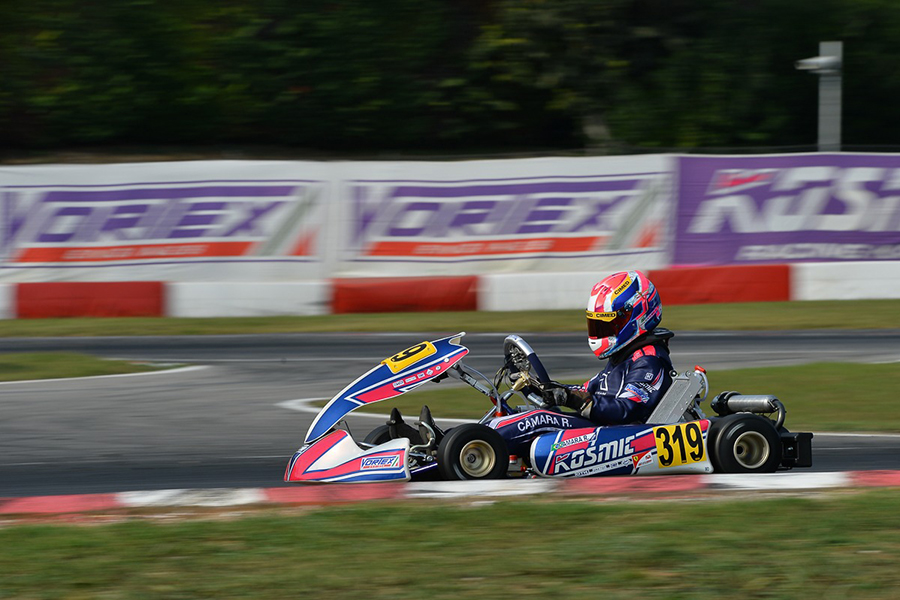 The checkered flag was waving on the South Garda Karting in Lonato, where the first round of the WSK Final Cup took place in the weekend of October 18th-21st.

In OKJ, Rafael Camara centered the sixth lap time in the qualifying, followed by a second, a third and a fourth place in the eliminatory heats. Unfortunately, in the brawl of the final, our driver ended his race at the 15th place under the checkered flag without making all the showed potential concrete. A little bit unlucky was also Viktor Gustafsson, our only standard-bearer of the category, after having a few difficulties in the qualifying, the Swede seemed to be recovering thanks to some good placing in the eliminatory heats.

Paul Evrard and Alex Bengtsson had very good performances in the KZ2 class: both of them growing during the whole weekend, with the French driver aiming at the top positions with a great sixth place during the eliminatory heats, the two Kosmic Racing Department standard-bearers managed to defend themselves both in pre-final and final, where they expressed all the potential at their disposal, moving to 12th and 13th position respectively under the checkered flag.

This will serve them as experience in view of the next appointments of the Kosmic Racing Department, which will get back to the track in the weekend of November 8th-11th for the second round of the WSK Final Cup, taking place on the International Circuit 7 Laghi in Castelletto di Branduzzo.