Even before starting the engines, every record has been beaten and the Rok Cup International Final confirms to be as one of the world’s greatest karting events. Registration has closed and the figures leave no doubt with 441 drivers, divided into seven categories: Mini Rok (149 drivers), Junior Rok (100 drivers), Senior Rok (72 drivers), Shifter Rok (64 drivers), Super Rok (32 driver) Expert Rok and Expert Rok Plus (24 drivers). The Rokker army will be on track at South Garda from October 10th to 13th, from all over the world, from exactly 54 countries and 5 continents. 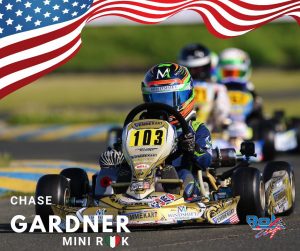 Look for Rok Cup International Final in the App Store and download the app for live timing and other items.

Once again, the Mini Rok division is the largest of the event, welcoming 149 drivers. Challenge of the Americas champion Chase Gardner, Florida Winter Tour title winner James Egozi, and Jack Jeffers from the ROK Festival lead Team USA. All three have plenty of experience and success at major events in North America, vying to keep the Mini title in the hands of the United States and follow up Connor Zilisch’s victory from one year ago. Eight other drivers from the USA are competing under the Wild Card status. Among them is two-time SKUSA Pro Tour champion Carson Morgan, 2017 SKUSA Pro Tour Micro Swift champion Elliot Cox, 2016 SKUSA Pro Tour Micro Swift champion Kai Sorensen. Noah Baker and Paul Bocuse have victories at SKUSA and USPKS this season, joining Team USA along with Miguel Costa, Andres Cardenas and Ethan Thorne. Team USA driver Nikita Johnson earned his spot from winning the Canadian Karting Championships in Mini ROK, with Frankie Esposito the lone driver to represent Team Canada in Italy. 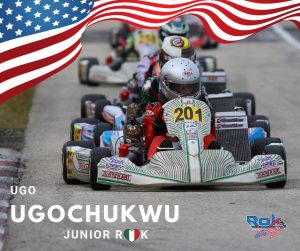 Junior ROK is the next highest field at the event with 100 drivers. Among them are nine drivers from North America including seven from the USA. Earning their way to Italy from the USA were Ugo Ugochukwu, Matheus Morgatto and Alessandro de Tullio. Ugochukwu won his trip via the Challenge of the Americas title with Morgatto winning the Florida Winter Tour championship. Ugo was actually second to Morgatto at the FWT. Fellow Florida driver de Tullio scored his trip from the ROK Festival program. Canadians Dale Curran and MacKenzie Clark qualified through the national championships, with Curran P1 and Clark P2. The rest of the North America squad are Wild Care entrants. Last year’s Mini ROK world title winner Connor Zilisch is set for his Junior debut, coming off solid performances at New Castle and spending time already in Italy racing this past summer. Joseph Brienza has spent time racing in Europe all season, hoping that pays off at Lonato. Two familiar names are in the Junior ranks with second generation drivers Fernando Barrichello and Emmo Fittipaldi. While they spend most of the season racing in the USA, they will be carrying licenses from Brazil at the event. 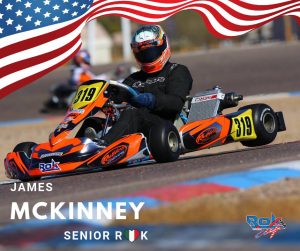 The Senior class is all drivers who qualified for the trip to the ROK Cup International Final. Leading the Team USA squad is Challenge of the Americas champion Jim McKinney. The Arizona driver is set to make his international debut, hoping to bounce back from a flip at the recent Streets of Lancaster Grand Prix. Eduardo Barrichello will represent Florida Winter Tour in Lonato after placing second in the championship behind Ryan Norberg, who will be racing in France. Connecticut driver Emma Delattre earned a ticket through the ROK Festival, coming off her best season this summer. The top two drivers from the Canadian Karting Championships will represent the country in Senior. Title winner Xavier Harris and veteran Marco Di Leo will be among the 72 drivers in the field. 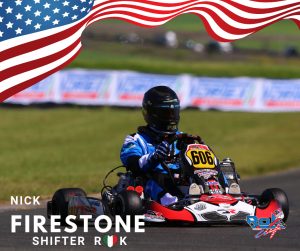 Shifterkart racing at South Garda is always exciting. At 64 drivers, it will be a challenge just to make the main event in Shifter ROK. Nick Firestone will represent the Challenge of the Americas while Daniel Formal of Costa Rica earned his ticket through the ROK Festival. Mexico driver Victor Jimenez along with Brazilian Eduardo Martins and Andre Martins of Orlando Kart Center are also competing in the Shifter ROK division. Canadian Karting Championships winner Isaac Marrit will be joined by fellow countryman Justin Luik. All the drivers will be competing against former Formula One driver Rubens Barrichello, as the Brazilian hopes to improve on his 28th DNF performance last year. 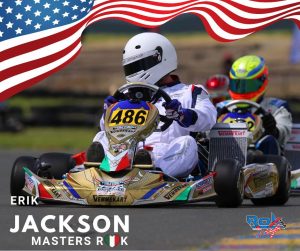 The Expert ROK and Expert Plus ROK divisions have been separated to their own race group this year. Expert is for drivers over the age of 32, while Expert Plus is for those drivers over the age of 45. Expert typically ran within the Senior ranks and the top driver within the Expert category was typically recognized at the end of the event. Challenge of the Americas champion Erik Jackson is among those looking to become the inaugural class winner. Veteran Ariel Castro should be among the contenders in the 11-driver field. Paolo Gomes is the third member of Team USA. Canadian champion Giuseppe Crupi and Adrian Donkers will represent Team Canada. The Expert Plus class has 13 drivers, three from the USA. Tim Meyer, Kurtis Breeding and Francisco Costa while Canada has John Cariati. Brazilian Flavio Menezes is representing the ROK Festival ticket.

Super ROK is a class where competitors utilize the Vortex Rok DVS engine. One driver from the United States will be in the class of 32 drivers; Jace Denmark-Gessel. The Californian recorded five top-five results at the California ProKart Challenge this season, set to make his Senior debut at South Garda.

EKN will have updates throughout the event via Social Media with Facebook/Twitter/Instagram updates as it happens.