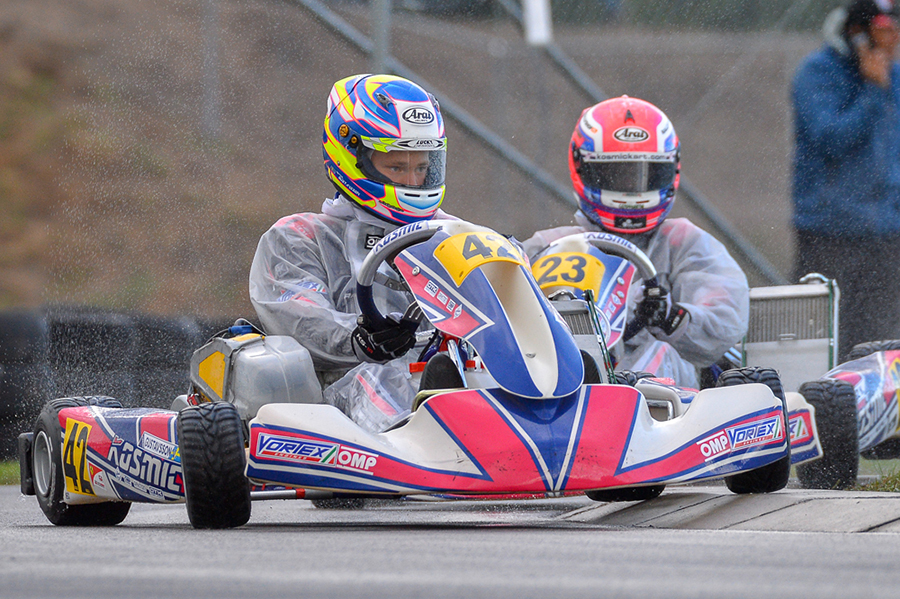 On the Swedish circuit of Kristianstad our drivers perform well, in particular Karol Basz, who in the OK class keeps the flag of the racing department high with the seventh place in the final. The result is even more significant considering that the weekend of the Polish driver (back in the karting world after a year of break) started with some difficulty in the qualifying, where he only scored the 36th timing. But the skills of the World Champion 2015 of the KF class just at the wheel of a Kosmic kart is not long to be seen and the eliminatory heats, with several Top 10 positions, allow him to climb up to the 15th place for the final. Here Karol takes full advantage of the potential guaranteed by his Kosmic Mercury S chassis powered by Vortex, with which he recovers not less than 8 positions and crosses the checkered flag seventh: an important result, which also transmits a lot of confidence in view of the final of the season.

Just off the Top 10 is also another driver of the Kosmic Racing Department: Viktor Gustafsson. The home driver also wins two bronze medals in the qualifying heats, finishing 14th, right in front of Basz, on the Final grid. In this race, he recovers 3 more positions ending in 11th position.

Further ahead is Roman Stanek, the author of some ups and downs in which, in any case, a second and a third place stand out. In the final, after an exceptional start, to betray the Czech rider also comes the penalty for the detachment of the nose, which makes him retreat up to 26th place.

Finally, David Rozenfeld with some more difficulties, has grown during the weekend but out of the decisive race. Decisive race with not less than 6 Kosmic-branded chassis on track, totally.

Little luck, however, for the Kosmic Racing Department in the OKJ class, where Rafael Camara, Jak Crawford and Mari Boya, despite some good results obtained in the eliminatory heats (especially from Camara, with a 4th, a 6th and an 8th place), cannot qualify for the final.

The Kosmic branded chassis, however, shine brightly thanks to Victor Bernier (VDK Racing), able to conquer the 2018 Junior World Championship title at the end of a wonderful battle for the highest step of the podium.

The next competitive appointment of the Kosmic Racing Department will be the weekend of 18-21 October, when the first round (out of three) of the WSK Final Cup 2018 will be held at the South Garda Karting in Lonato.