A Prestigious Podium for Birel ART at the World Championship 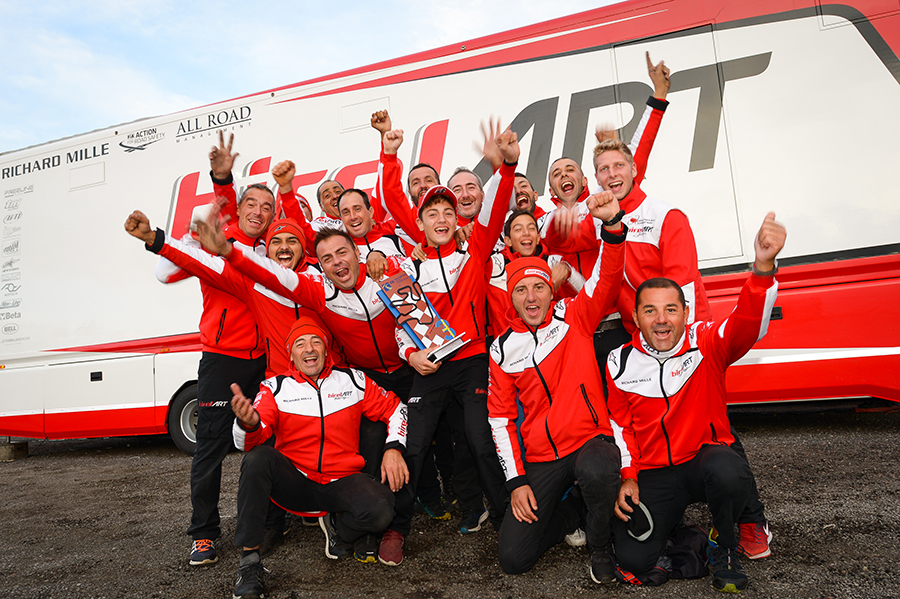 Birel ART has finished the 2018 FIA Karting season in style. At the end of an event perfectly mastered by the Racing Team of the Italian brand, Luigi Coluccio climbed on to the third step of the podium of the OK World Championship organised at Kristianstad (Sweden). Despite changeable weather during the weekend, especially during Qualifying, the Birel ART equipment proved particularly competitive regardless of the grip conditions. This sporting, technical and logistic dynamism heralds a radiant future for the whole Birel ART group.

Under the eyes of Nicolas Todt, co-owner of the Birel ART group, Ronni Sala, President of the group, and five-time World Champion Davide Fore, team manager, Luigi Coluccio did not hide his joy at the finish, after his successful top level performance in Sweden. Among the fastest drivers throughout the year, the Italian achieved his goal in Sweden of reaching the podium of the biggest World Championship of the season for the International Automobile Federation.

“With more than 100 drivers at the start, I knew that the Timed Practice would be one of the key points of the meeting to get a good result,” commented Luigi. “For this reason, my 3rd fastest time gave me confidence. We really do have remarkable equipment.” The Italian Birel ART team then ensured a brilliant run in the Qualifying Heats, with three consecutive victories just before the Final.

Starting 4th, Luigi overtook superbly to reach 3rd position. “From then on, I found myself a little too far from the duo in the lead to aim for a better place. But my pace was very fast, because I managed to relegate the rest of the pack far behind me to secure 3rd position.”

Team manager of the Birel ART team, Davide Fore welcomed this world podium. “Our current level of performance could have already achieved such a result at the KZ World Championship in Genk with Marijn Kremers, as well as in KZ2 with Riccardo Longhi. This time, the Birel ART team was rewarded for their efforts and the quality of our production unit. Congratulations to Luigi, the technical staff, TM and our engine manufacturers.”

“In Sweden, Luigi Coluccio was also a driving force for the team,” continues Davide, “as well as an example for our young drivers who are on the rise, like Lorenzo Ressico d’Aloisio, Craig Tanic, Esteban Masson, Michael Barbaro Paparo, Matej Kacovsky, Jules Mettetal and Thomas Nepveu. In OK-Junior, the latter was determined to be one of the 34 finalists and he reached his goal, despite a 59th in Qualifying. However, the changing and difficult weather conditions did not make the task easy. He then managed a superb recovery from 30th to 15th place in the Final. He can be proud of his performance in this World Championship. For his big debut in Junior, Esteban Masson was as fast as he was unlucky! 7th fastest time in his group and therefore 32nd out of 113 drivers, was very promising! In OK, the race for Vincent Fraisse was disrupted by a small problem in Timed Practice and he was only two points too far from Marijn Kremers and Gustas Grinbergas to qualify.”

“Today, the attractiveness of the Birel ART team is unquestionable, relations with our distributors worldwide are excellent and the equipment produced in our factory remains a benchmark in terms of high technology,” concluded Davide Fore.