King of the Streets, Open Shifter and 125cc Masters victories for shop and engine brand 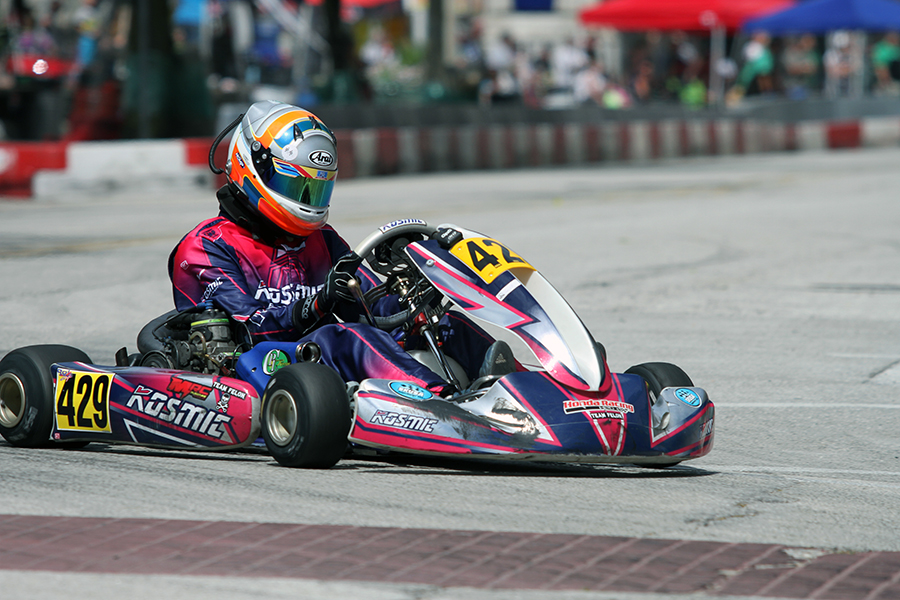 Rory van der Steur en route to his King of the Streets victory, the first of two wins at the Rock Island Grand Prix powered by CPI / Modena (Photo: eKartingNews.com)

One of the most unique events of the season is the Rock Island Grand Prix. Racers from all over the country converge on the Quad Cities area to compete in the annual street race over Labor Day weekend. The 24th edition of the two-day event around a 6/10-mile street course in Rock Island, Illinois was the finale event of the Triple Crown of Karting. The race is a known for putting to the test both man and machine like no other karting event. Among them was the CPI Racing operation, supporting its customers and those of Modena Engines USA. CPI team principal/head engineer Phil Davis was proud to have such great drivers like Rory van der Steur, AJ Noud, Tim Hollowell, and newcomer Brian Chatfield.

The talk of the entire weekend was CPI Racing Engines/Modena Engines USA pilot Rory van der Steur. The driver from Maryland provided a knockout to the shifterkart fields on the weekend from start to finish. Rory started near the back of the King of the Streets field in the Heat race due to the ‘pea pick’ format for the event. He would muscle his Modena-powered Kosmic machine forward through the field in the 10-lap run with fast laps of the race to end up third, earning the pole position thanks to his passing points. From the pole position, van der Steur lead all 20 laps of the Final to earn his first ever King of the Streets crown. Rory duplicated the same feat in the Open Shifter category, winning the heat race with fast lap of the race and leading wire-to-wire in the feature for a second ‘Rock’ trophy against some of the strongest street racing competition in the nation.

“It was a flawless performance by Rory, powered by our CPI-tuned Modena Engines USA package,” added Davis. “With a Stage 2 engine preparation completed, Rory was able to drive with full confidence while on the ragged edge of adhesion knowing that the power and delivery wouldn’t be the deciding factor down the long, fast straights of the Rock Island Grand Prix circuit. We know you worked hard for that one buddy, and we hope to win it all again next year.”

It was another victory for the Modena USA Engines brand in the 125cc Masters division. AJ Noud took advantage of the CPI Racing / Modena Engines USA rental program and strapped on one of the strongest motors in the category to his GP Kart. Battling a severe illness earlier in the week, Noud battle through his condition to take home the heat win on Saturday, giving him the pole position for the Final. An issue on lap five of the main event resulted in contact with the barriers in turn one, with the track claiming another potential great finish. Modena driver Lance Lane took control of the race and score the victory, his fourth ‘Rock’ trophy in the category.

Modena Engines USA would claim the top-five positions in the King of the Streets category, along with the top-four in the Open Shifter division. Tim Hollowell was among those drivers to land inside the top-five in both categories. Hollowell is another fast and exciting driver to watch, who took part in the CPI Racing / Modena Engines USA rental program. With Davis providing trackside tuning, the GP Kart driver pushed himself and equipment to a fourth-place after starting mid-field in the King of the Streets and improving one spot to third in the Open Shifter division. 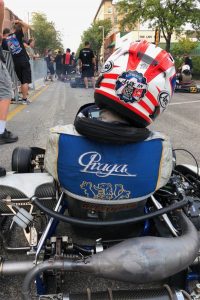 Driving a CPI Racing prepared 2018 Praga Tacho entry was Brian Chatfield, making his first appearance at the Rock Island Grand Prix in his first full season in a shifterkart. Chatfield gained valuable track time in the King of the Streets category and was battling his way up to a possible top-five finish in the Open Shifter main event. Contact with a barrier at the apex of turn six ended his run prematurely.

“A huge thank you to my good friend Phil Davis of CPI Racing for his constant push and effort to get me where I am so quickly against such a competitive field of drivers,” stated Brain Chatfield. “I can’t thank CPI Racing / Modena Engines USA enough with supplying me a package that just wouldn’t stop pulling all weekend. It was unbelievably fast!”

Davis added, “Congratulations to all of the competitors and thank you so much for having us at the Rock Island Grand Prix. This event was a blast and we are already looking forward to you all having us back next year.”