Dual World Champion Coming Back to the Gold Coast 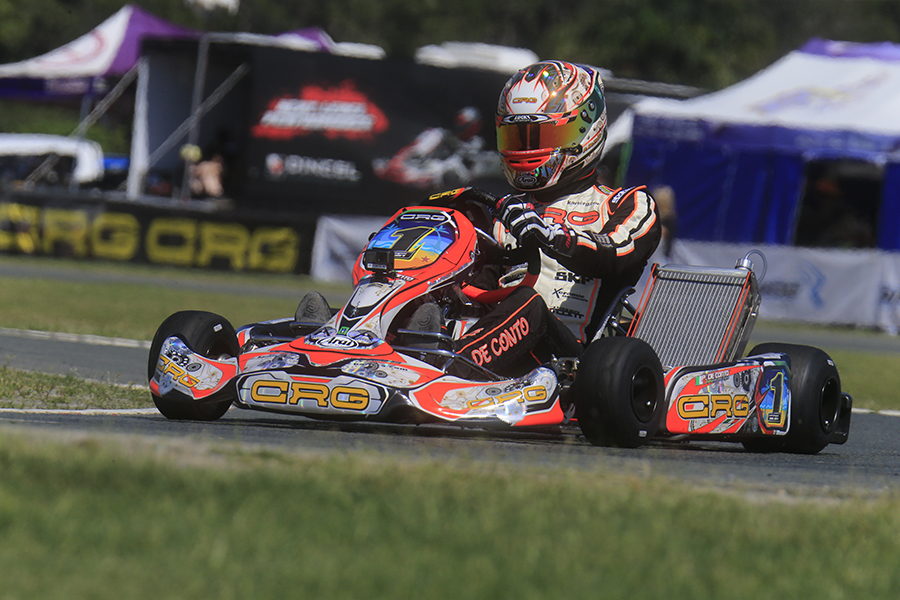 Paolo De Conto in action during the 2017 Race of Stars (Photo: Coopers Photography)

Dual World Karting Champion Paolo De Conto will be making a return to the Gold Coast for the sixth annual Race of Stars next month.

The October 11-13 event at the Xtreme Karting Complex in Pimpama attracts the largest number of international drivers to any karting event in the Southern Hemisphere.

The inclusion of the Italian to the event for the third time will see him in contention to become the first driver to win the elite KZ2 category on three occasions.

Local driver Chris Hays won the inaugural event in 2013 ahead of Dutchman Joey Hanssen, who returns to Australia next month, before multiple-time World Champion Davide Forè won in 2014 and 2015.  De Conto has taken the winners surfboard back to Italy for the previous two years.

De Conto, who is this weekend aiming to claim his third World Championship in Belgium, is excited about heading back to Australia for the event, where he will again link with the CRG Australia team.

“I’ve really enjoyed racing at the Race of Stars in Australia the last couple of years,” said De Conto.

“The circuit is like nothing else we race on anywhere in the world, it is amazingly fast and it is a great spectacle for all of the spectators.

“The Race of Stars is a very unique event and has a fantastic atmosphere.  The Gold Coast is an amazing part of the world and I really can’t wait to re-unite with the CRG Australia team again.”

For CRG Australia’s Chris Dell, the inclusion of De Conto to his team will again provide the opportunity for his Australian drivers to work alongside the best in the world.

“As a dual World Champion, Paolo has amazing talent on the track but it is also how he prepares himself and his kart for his races where our drivers learn so much from him,” said Dell.

“He is an amazing ambassador for our brand and we welcome him back to Australia for what we hope will be the fifth straight Race of Stars win for CRG.”

It is expected that more than 250 drivers, including numerous internationals, will be in action at the event to be contested at the Xtreme Karting Complex on October 11-13. The Race of Stars will launch the Gold Coast into a ten-day celebration of motorsports with the Vodafone Gold Coast 600 Supercars event being contested on the Surfers Paradise Street Circuit the following weekend.