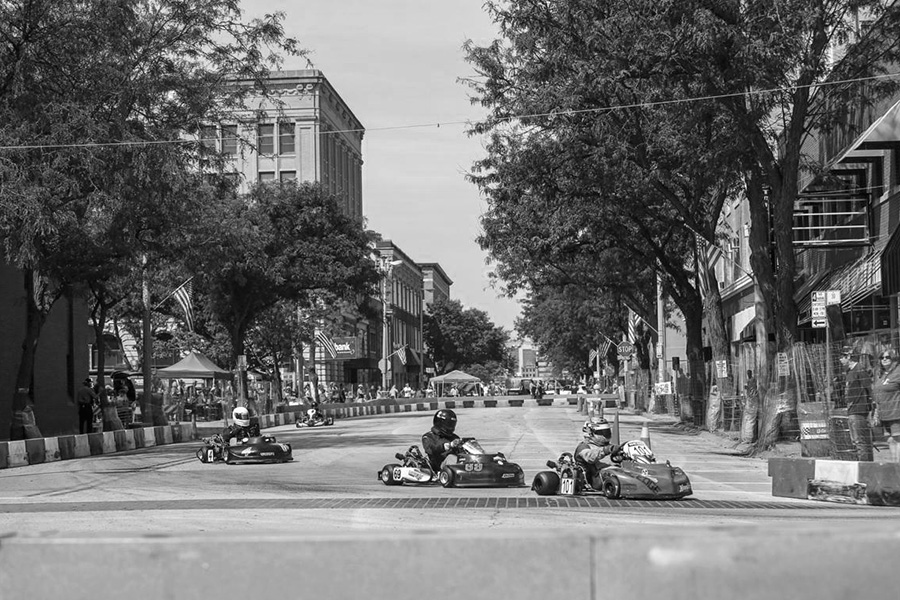 Unless you have been there, not many words can describe this event. For some, it is the most fun you can have on and off the track. Others, it’s a chance to push yourself to the extreme limits. And for a handful of racers, it’s home. The Xtreme Rock Island Grand Prix powered by Mediacom is hosting the 24th edition of the world’s largest street race, with karters from all over the country and the globe venturing to the Quad Cities area for the Labor Day weekend festival.

In the matter of 72 hours, the city streets of Rock Island, Illinois transforms from normal to a 6/10-mile track, and back to normal before breakfast is served on Labor Day. The non-profit volunteer organization spent the last 12 months preparing for the 2018 event, with the track build beginning all day Friday before the city streets turns over to the race at 5pm local time. The crew builds the track overnight, while competitors fill up parking lots and streets with trailers, beginning preparation for hitting the track Saturday morning. 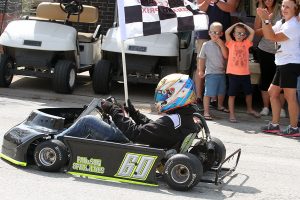 Seventeen classes are set to compete throughout the two-days, each allotted two practice sessions Saturday morning before heat races take place in the afternoon. Finishing and passing points set the grid for the Sunday main events, with all vying for a chance at earning the coveted Rock trophy with a victory. This year’s schedule of classes has been moved around to put the Briggs 206 Heavy 1/2 closer, Yamaha Heavy 1/2 closer, and Briggs 206 Medium 1/2 closer. Sunday morning warm-ups are also condensed, scheduled to be completed before 10am.

This year’s Rock Island Grand Prix is also the final step in the new Triple Crown of Karting, which includes the Quincy Grand Prix along with USAC Karting’s Battle at the Brickyard and the Elkhart Riverwalk Grand Prix. The classes include Briggs 206 Heavy, Yamaha Heavy, Open Shifter, and Margay Ignite Senior.

eKartingNews.com will once again partner with the RIGP family to produce a live audio play-by-play broadcast from the start-finish line on Fourth Avenue, all part of our EKN Trackside Live coverage program along with social media and forum updates. Tim Koyen is back for his second year on the microphone to call the action throughout the weekend, and those not in attendance can listen in both days at www.ekartingnews.com/live courtesy of Briggs & Stratton, Hoosier Tire and Alan Rudolph Racing Academy. 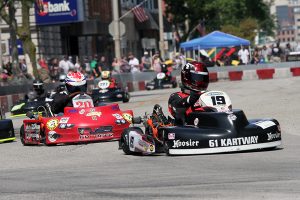 Tony Neilson is second overall in the RIGP win total, searching for a fourth straight in Briggs 206 Masters (Photo: EKN)

Entering the weekend, the largest category is once again in the Briggs & Stratton 206 Heavy division. The Final 1 and Final 2 classes are at the 30-driver mark for pre-entries. Briggs 206 Medium 1/2 is near that total as well. It is no surprise, with the Briggs powerplant included in seven categories last year, making up nearly 60% of the 307 entries.

The Briggs and Yamaha divisions have been dominated by two drivers over the last three years – Tony Neilson and Cal Stewart. Neilson set a new record of six Rock trophies in 2015. The following year, Stewart came away with five of his own after never winning at the Rock Island GP previously. The two won three main events last year, bringing Neilson’s career total to 17, second overall to the RIGP Emperor Gary Lawson with 25 – and Stewart to 8 in two years to be locked at sixth overall. 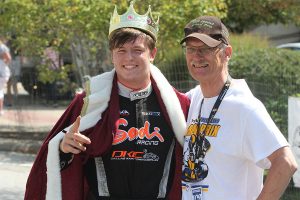 Austin Wilkins will defend the King of the Streets and Open Shifter titles (Photo: EKN)

Among the multiple winners last year was 2017 King of the Streets winner Austin Wilkins. The Texan is set to defend the crown this year against the largest field since 2007 with 23 drivers set to battle. Among them include last year’s runner-up Rory van der Steur, 2015 King Josh Lane, three-time Masters winner Lance Lane, Triple Crown of Karting point leader Joe Ruch, Battle at the Brickyard winner Devon Smith-Harden and of course Scott Barnes from Bermuda. The Open Shifter class is broken up for 2018 with KZ and Stock Honda running together but scored separately. Many in the King of the Streets and 125cc Masters drivers will be pulling double duty in this class, including defending winner Wilkins.

Tim Goettsch was another double winner in 2017, taking the Yamaha Heavy and Yamaha Medium victories. The Quad Cities resident is currently fifth overall in the win total at 10, looking to jump Jason Birdsell and Kyle Wiegand at 11 to claim the third spot. Todd Bolton, along with QC residents Michael Dittmer and Mike Welsh all have 8 victories at the Rock, and are among the contenders in the Yamaha and Briggs divisions this weekend. 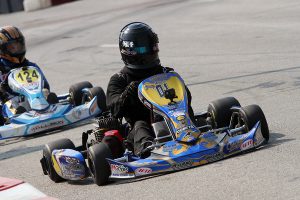 For a fourth year, the Rock Island Grand Prix and Margay Racing have partnered up to host the Ignite Shootout at the famed street race. Three Ignite categories are offered once again, including Senior, Masters and Junior. With the Senior class – welcoming 25 entries – as part of the Triple Crown, eyes are on 2016 winner Jeff Dolian who leads the standings coming off wins at the Battle of the Brickyard in both Senior and Masters. Keith Scharf and 2017 Masters winner Pete Vetter will be challengers in both. 2016 Junior winner Ashton Wheeler is going for a second victory with last year’s winner Spike Kohlbecker racing F1600 car in Canada all season.

Completing the class lineup are two shifter classes and the Vintage group. With no defending winner in the field, a new champion is set to be crowned this year in the 80cc Shifter class. Three-time 125cc Masters winner Lance Lane is looking for his fourth victory this year, with defending winner and former King of the Streets champion Jordon Musser not in attendance this year. Many will get to see some historic karts racing in the Vintage class throughout the weekend. 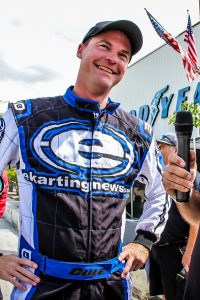 The Rock Island Grand Prix is best opportunity for the EKN staff to get behind the wheel during a race weekend. The fun on and off the track is what makes the Rock so special, and the ability to race alongside the drivers we cover and watch throughout the year takes it to the next level. For 2018, EKN Managing Editor David Cole is partnering up with TB Kart Indy / Hoosier Tire to pilot a TB Kart chassis in the Briggs 206 Masters class. Cole is one of the few to compete in a Briggs 206 class at the Rock Island Grand Prix since the engine was introduced at the event in 2012. Cole’s best finish came last year in the Margay Ignite Senior class, placing fourth. The 2014 event was his best event to date, placing fifth in both the Briggs 206 Medium and Yamaha Heavy classes. Make sure to watch the EKN Social Media network for images, videos and updates on his progress throughout the weekend.