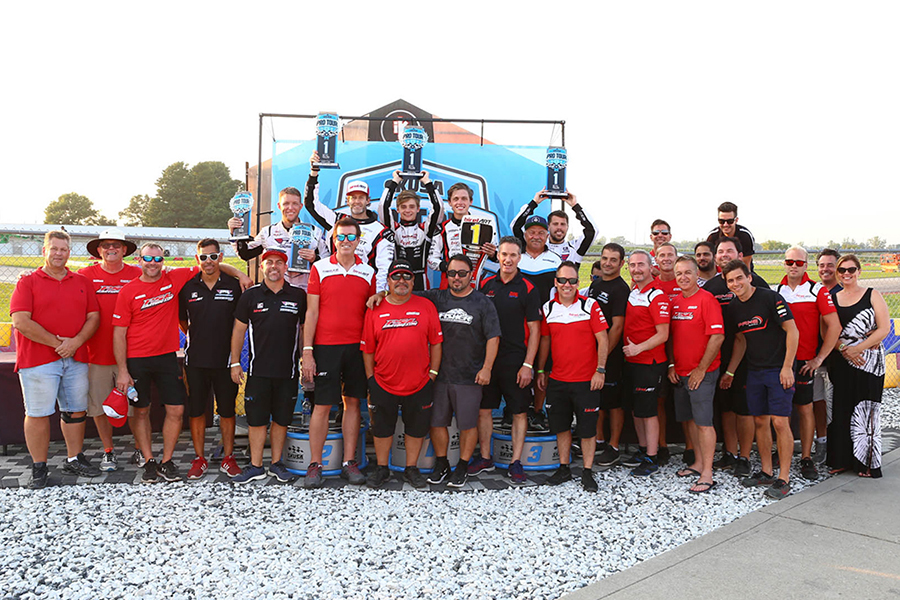 It was another winning weekend for PSL Karting, the North American importer for the Birel ART product line. Not only did the Birel ART and Ricciardo Kart brands garner race wins and podium results, the elite level karting operation added more national championships to their growing results resume. Taking on the final event weekend of the Superkarts! USA Pro Tour, PSL Karting would descend on the New Castle Motorsports Park facility just outside Indianapolis, Indiana.

“I would like to extend a congratulatory note to all of our dealers, teams and drivers on their continued success,” explained PSL Karting President Dominic Labrecque. “The results of our dealers, their drivers as well as our drivers continue to speak volumes of our product and the diversity in all conditions.”

During the first day of competition, Birel ART branded drivers claimed five podium results. Leading the way for the North American operation was Jordan Musser and Ryan Kinnear, as the duo claimed the first and second steps on the podium in the S4/S4SM division. In the X30 Masters class, Jess Peterson had a solid day crossing the line with a second place result while Ryan Norberg fought hard in the X30 Senior ranks to stand proud on the third step of the podium.

Sunday saw a return to the top step of the podium on two occasions for the Birel ART brand as Canadian Ryan MacDermid claimed the X30 Senior race win while Ryan Kinnear topped the blocks in the S4 division. Jess Peterson added his second podium result in as many days with a second place finish in X30 Masters while Jordan Musser followed up Saturday’s victory with a second place finish in S4.

Labrecque continued, “I can not thank our dealers enough for not only believing in us and our product, but for their hard work and success along the way. A huge thanks to Phil Giebler Racing, Prime Powerteam, 3G Karting as well as Ronni Sala from BirelART.”

BirelART North America (PSL Karting) is the National Importer and Distributor of Birel ART products and accessories, including Ricciardo Kart, Kubica Kart and Freeline accessories. Visit www.pslkarting.com to find a retailer near you or to become a dealer. Follow our racing team and product updates via our social media @pslkartingofficial.