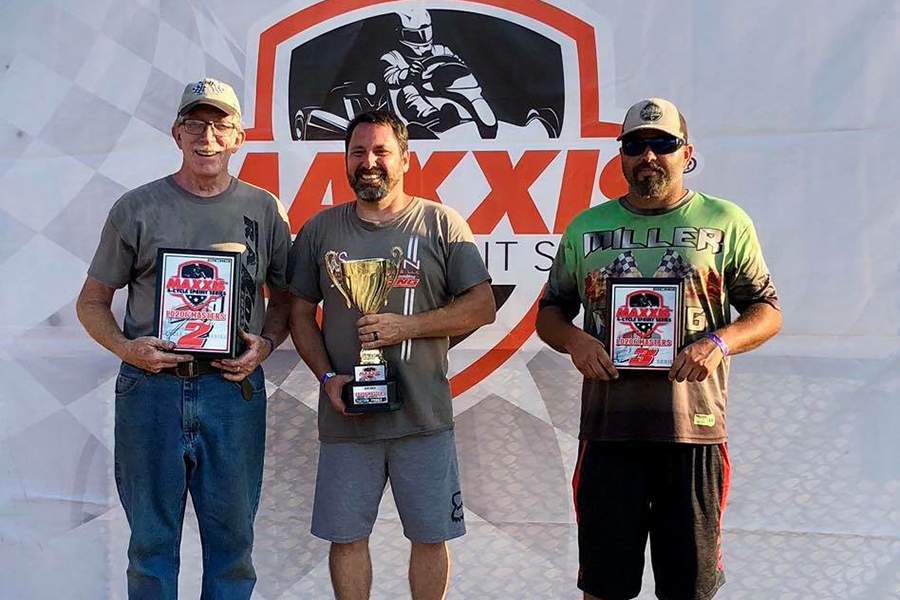 The final chapter for the 2018 points season for the inaugural Maxxis 4 Cycle Sprint Series could not have been written better, for both the Diversified Plumbing Services LO206 Masters, as well as the Swann family, as veteran Tyson Swann became the sixth different winner in as many races in Masters competition this year, while son Tyler came away with the LO206 All Pro title at Lamar County Speedway in Barnesville, Georgia.

For Tyson Swann, his day started by outdueling previous Barnesville winner Bob Barthelemy from the start, taking the lead from his outside pole starting spot. Barthelemy, along with 2018 Masters Champion Joey Miller, and Brad Farmer, hounded Swann the entire distance, with Swann taking the 20 lap affair. Barthelemy, Miller, Farmer, and Bobby Hill rounded out the top five, in what was the most competitive class in the win column in 2018. Swann joins Barthelemy, Justin VanderZee, Joey Miller, Barry Hastings, and Chris Carroll as Masters winners this year, making for a great 1st season for the class. With his third place finish, Miller claims the 2018 Masters title. Here’s a look at the final top 3, which will be honored at the Year End Awards Ceremony. 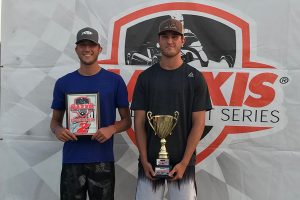 Aren Lloyd and brother Tyler, top 2 in All Pro

While the elder Swann had to wait till the end of the day for the win, Tyler Swann chased the trio of Aren and Tyler Lloyd, as well as Jacob Duvall in the LO206 All Pro 20 lap main. The win for Aren Lloyd made him the only repeat winner in this class for the year with 2 wins, as Zach Linsell, Corey Towles, Austin Williamson, and Jason Yarbrough also scored wins in the very competitive class. With a combination of a 1 race edge, and consistency, Swann was able to hold onto the title, the first in All Pro competition. Here’s a look at the final top 3: 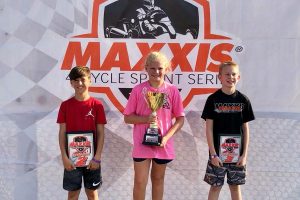 Coming into the weekend, all eyes were focused on the Brads Karts and Parts LO206 Cadet class. With Cameron Weinberg sporting just a 2 point edge over his nearest rival in Owen Lloyd, a great deal of laps were turned in during the Friday practice session by many of the Cadet drivers, with the bulk of the competitors practicing right up to the edge of dark.

While Weinberg and Lloyd were focused on their own deal, Lanie Buice was the X Factor. The opening day winner at Jacksonville, as well as the previous winner at Barnesville this season, Buice set out to attempt to leave the field in the dust, thus fighting among themselves. After Weinberg stumbled on the start, he gathered himself up to regain his original second place starting position back. However, once in second, Buice had checked out, with Weinberg peddling hard to catch the female phenom, all the while, keeping Lloyd behind him. In the end, Buice came away with her third Cadet win of the season, with Weinberg, Peyton Bridges, Lloyd, and Lane Littleton rounding out the top 5. With the top 2 spots in the title secured for Weinberg and Lloyd, Brently Miller had his own battle to contend with, trying to hold onto the third and final award spot in the standings. With his 6th place finish, Miller was able to hold off a hard charging Peyton Bridges for the final Year End Awards position. Here’s a look at the Final Top 3. 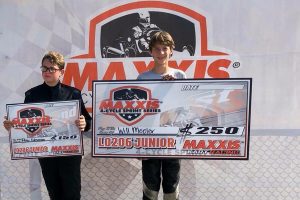 With just a couple races to overcome the end result in his Cadet race, Owen Lloyd regained his composure, winning a spirited battle with Lanie Buice in the Pro Gas Cadet main, with each driver leaning hard on each other in some of the best and most fierce competition of the day. Lane Littleton and Alyssa Vascocu rounded out the running order. While the Pro Gas Cadet served as a Local Option Class for a few races this season, they will join the national class lineup in 2019.

In Kid Kart competition, Jaydyn Wilson checked in for his fifth win in 6 races this season, thus laying claim to the inaugural title. Word is, the Wilson Family may yet have another Kid Kart competitor on the horizon, as early as next year, to challenge the 2018 champion.

For Will Meeler, the best may have come last for the driver in the Brads Heating and Cooling LO206 Junior class. While battling Elmer Edmunson the bulk of the season, missing one race this season, placed some distance in the points between he and Edmunson. However, Meeler stepped up his game at Barnesville, taking the $250 to win Money Race, topping Edmunson. In the end, Edmunson took the first Junior title for the series. Here’s a look at the final Junior points. 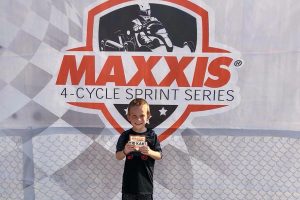 In the Andy Jones Motorsports LO206 Senior main, Tyler Lloyd left nothing on the table, taking Fast Time, the Heat, and the Main, picking up his second win of the season, just edging out fellow 2 time winner, and brother Aren Lloyd for the win, and eventual title. Austin Williamson came home third over the weekend, with Jacob Duvall, and local product Nicholas Baxter claiming the top 5. In the final points, Tyler edged Aren by 8 tallies, with Tyler Swann coming home third. Here’s a look at the final top 3.

While the points season is in the books, the best may still be yet to come, as the series will host their first ever Grand National event November 16 and 17 at 103rd Street Sports Complex in Jacksonville, Florida. Activities will begin with Shootout Races Friday evening, featuring LO206 Cadet, Senior Pro Gas, and LO206 Masters. For the Cadet and Masters drivers, winner will receive $200, with $100 for second, and $50 for third. Senior Pro Gas drivers will run for a $500 to win payday, provided there are 10 or more entries in the field. If so, second will pay $350, with $150 going to third. If the field has less than 10 entries, winner will receive $250, with 2nd getting $150, and $100 going to third. The Senior Pro Gas purse is courtesy of Jerry Yarbrough and Best Transmission.

Following the on track activities, there will be a catered barbecue, with major prizes to be handed out to all drivers in attendance. 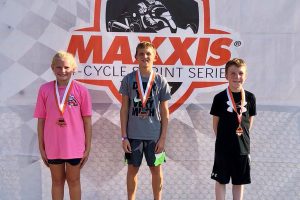 Saturday will comprise a full day of racing with practice at 9, qualifying, heats, and mains to follow. Classes that will be competing include:

Grand National Awards will be issued to the top 3 in all classes. More information regarding the inaugural Grand National Championship will be coming soon.

On behalf of GoldSpeedUSA, special thanks to Lloyd Racing, Brads Karts and Parts, Brads Heating and Cooling, Diversified Plumbing Services, and Andy Jones Motorsports for their untiring efforts in making the first season for the Maxxis 4 Cycle Sprint Series a great success.

Congratulations to the inaugural champions, top 3, and all competitors, as well as their friends and family who supported the series. We look forward to an even better 2019.