Superkarts to Perform in Front of the Crowd at Assen 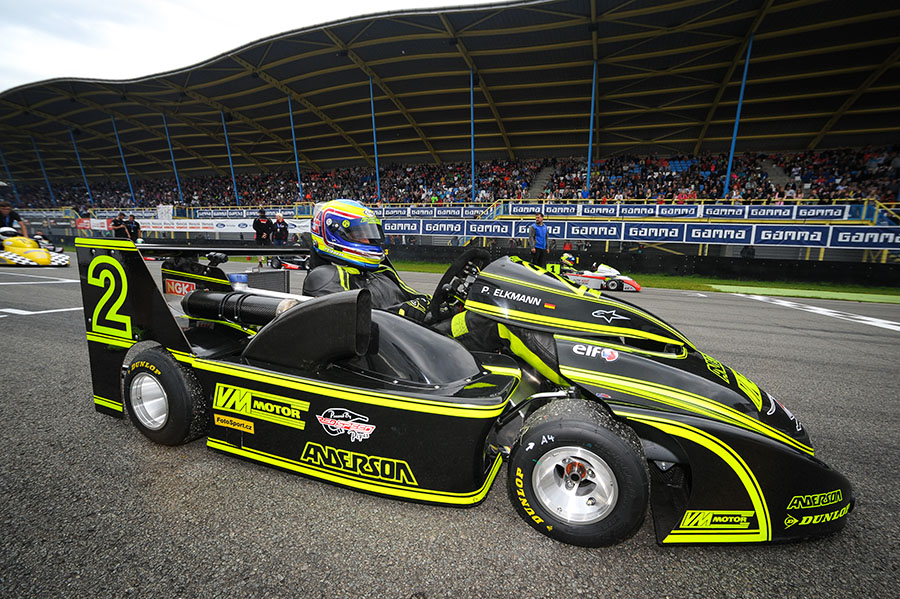 The second Competition of the FIA Karting European Championship – Superkart will take place on 18th and 19th August at the Dutch temple of speed, the TT circuit of Assen which could be a candidate to host F1 in the future. This very popular event is as always integrated with the famous “Gamma Racing Day”, attracting an impressive crowd with various demonstrations planned such as Renault Sport F1 Team and Superbikes.

The results of the first Competition at Donington (GBR) at the beginning of June were consistent with the predictions, the strengths are known and continuity is expected at the front. Five Dutch Drivers will be present, as many as the Germans and less than the British contingent and its seven representatives. The hegemony of VM engines is increasing. Only five drivers are equipped with PVP and two with DEA.

A hint of uncertainty lasted until last year because it is the track where the favourite Peter Elkmann (DEU – Anderson / VM) had the most trouble finding the perfect balance of his equipment. The reigning European Champion has since rectified this and can now use his full potential on the 4.555km of the Dutch track, as proved by his domination in 2017. The TT Circuit however offers an opportunity for outsiders to impose themselves in the final result. Although great form for Elkmann is a certainty, he will again face his rival, Adam Kout (CZE – MS Kart / DEA), the double European Champion in 2015 and 2016. His programme reduction this year to only the European Championship could have been a disadvantage, but the response he gave to the leader at Donington showed that it is not. The Czech Driver has always been able to adapt to the Assen circuit to find the most appropriate set-up.

In the absence of Liam Morley (GBR – Anderson / DEA), four other participants are likely to mix with the frontrunners’ duel. Andréas Jost (DEU – Anderson / VM), who had a remarkable 2017 season, has been confirming his form since the beginning of the year. He notably beat Elkmann at Dijon in the French Championship and achieved a double podium at Donington. Marcel Maasmann (NLD – Anderson / VM) is a regular at the front of this Competition. He may not have equipment of the same level as these rivals, but at home, he uses his superior knowledge of the track, especially as he should be motivated by his provisional 4th in the Championship. Yannick De Brabander (BEL – MS Kart / VM), after being the revelation of 2016, retains all his potential and his motivation to win, despite a difficult 2017 season. He will probably be able to count on progress in reliability this year. Finally, Daniel Clark (GBR – Anderson / VM) needs to ward off fate after his double retirement at Donington. He had fought well at the front last year with excellent starts.

Among the most serious outsiders are Carl Hulme (GBR – Anderson / VM), back to the two-cylinder since 2017, the young and promising Recardo Van Dijk (NLD – MS Kart / VM) who deserves to expand his annual programme or Jaime Zuleta (COL – MS Kart / VM) who scored important points at Donington.