Vortex and Aron 2018 European Champions of OKJ Category in France 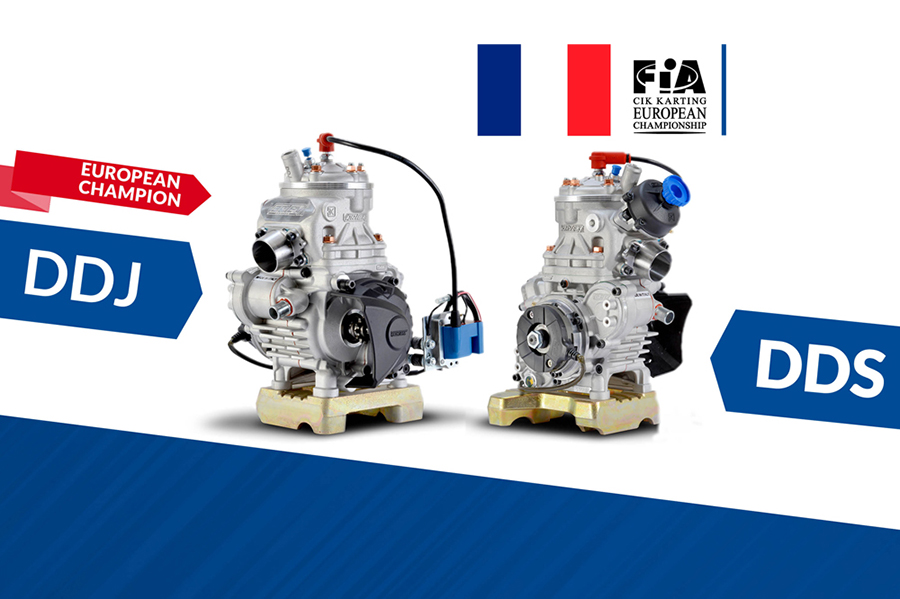 Paul Aron brought the Vortex engines to the top at the Essay circuit, becoming the 2018 European Champion in the OKJ category

OKJ – MOTORE DDJ
The final act of the CIK-FIA Karting European Championship for the OK and OKJ single-speed categories has given great satisfaction for the Vortexengines, on track on the weekend of August 2nd-5th at the French circuit of Essay. In fact, the transalpine track has rewarded the work done by Paul Aron, who thanks to a prodigious management of the final in the OKJ category managed to conquer the 2018 European Champion title. His weekend started with the fifth time in qualifying, from which he was able to put on the board two second positions and a third place that allowed him to jump from the seventh box in the decisive race. Here the Estonian driver of the Ricky Flynn Motorsport team kept his rivals at bay and crossed the checkered flag in a fifth position, enough to get on the top step of the podium and the Championship standings. Moreover, Vortexhas also received other important successes, starting from the choice of DDJ engines by 28 drivers out of 67 cheked (42%). In the eliminatory heats the author of the pole position (46”274) Nikita Bedrin (Tony Kart Racing Team) and Kai Askey (Ricky Flynn Motorsport)have distinguished themselves for having gained three victories each, followed by the single victories of Luca Griggs (Lennox Racing Team), Zak O’Sullivan (Ricky Flynn Motorsport) and the two drivers of the Tony Kart Racing Team, Laurens Van Hoepen and Josep Maria Martì. With these results, four driversbrought the Vortex engines to the Top 10  completing the qualifying heats, namely Bedrin, Askey, Aron and O’Sullivan. In the final, however, five driver arrived in the top ten list equipped with our DDJ:in the order, Zak O’Sullivan, the 2018 Champion Paul Aron, Kirill Smal, Thomas Ten Brinke and Dino Beganovic.

OK – DDS ENGINE
Excellent performance of the Vortex enginesalso in the Senior category, where our DDJrepresented the choice of 28 drivers out of 64 in the entry list on Friday (44%). Among these the most concrete was the British Harry Thompson (Ricky Flynn Motorsport), author of the second timing in the qualifying (45”369) and of four heats gained which granted him the second place at the end of the final category, sufficient to be sure to gain the 2018 European Vice-Champion Title in the OK category. During the weekend, also Nicklas Nielsen (KSM Schumacher)and Rasmus Joutsimies (Ward Racing) shone, good to put on the bulletin board two wins and a success in the eliminatory heats, respectively. Together with Zane Maloney (Ricky Flynn Motorsport) these three drivers confirmed the competitiveness of the Vortex engines and hit the Top 10 at the end of the qualifying heats. Equipped with our DDS engines, Tijmen Van der Helm (KSM Schumacher) added to the final, for a total offive drivers out of ten keeping well high the name and the performance of our DDS branded Vortex engines.