Tony Kart: European Fight of the Racing Team at the End 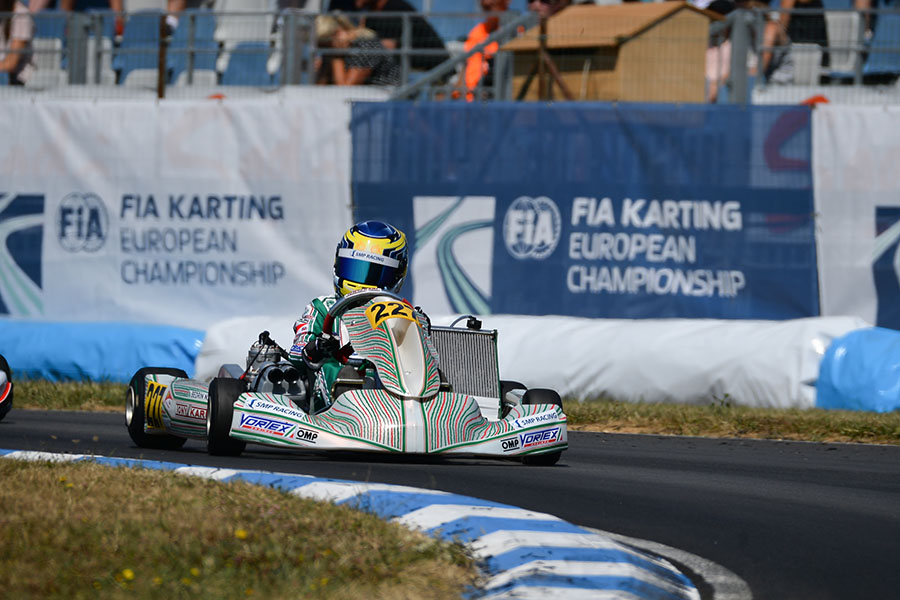 Some accidents on the occasion of the last round of the European Championship for the OK-OKJ categories, affect the good performances of the Tony Kart Racing Team’s drivers on the French circuit of Essay.

The final weekend of the CIK-FIA Karting European Championship for the OK and OKJ categories has reserved a decidedly bitter end for the Tony Kart Racing Team. On the French circuit of Essay, our drivers had started the weekend on the right foot, but some collisions in the finals of both classes have affected their performance.

In the OK class, Noah Milell immediately distinguished with a ninth place in the qualifying, from which position he was able to then hit an excellent series of Top 10 positions in the eliminatory heats, including a silver medal with the fastest lap. A little later, at least in the “time attack”, was his teammate David Vidales: aware of still having a chance for a place on the final podium of the Championship, in the qualifying heats the Spaniard has highlighted his driving experience at the wheel of his Tony Kart 401S Racer chassis powered by Vortex. Vidales in the final jumped immediately at best so as to recover the lost ground and fight for an important position in the first ten.

During the third lap, however, David was involved in an accident at the curve number 3.

Also our drivers of the OKJ category have experienced an equally bitter epilogue. From the beginning of the weekend, Nikita Bedrin reveals to be the strongest drivers, signing the pole positionin the qualifyings with a timing of 46”274 and then winning the start from the first box of the starting grid in the final, thanks to three wins, a second and a third place in the eliminatory heats. His jump at the start is exemplary, but his race only lasts six laps: he is in fact the victim of a collision with a rival that forces him to stop.

A bit earlier he was Sebastian Montoya the victim of a collision that made him slip in the rear, but that did not prevent him from bringing his Tony Kart 401S Racer under the checkered flag. Excellent performances of Laurens Van Hoepen, the Dutchman was actually able to conquer the highest step of the podium in one of the qualifying heats and to score excellent positions during the weekend.

At the end of the European Championship, now the Tony Kart Racing Team is already heading towards the next engagement of the 2018 season: it is the CIK-FIA World Championship for the KZ-class and the International Supercup for KZ2, at the start on the weekend of September 6th-9that the Belgian circuit of Genk. The OK and OKJ classes, on the other hand, will be back on track in Kristianstad (Sweden), when the Senior and Junior World Championship for the single-speed categories will take place on the weekend of September 20th-23rd.