Birel ART: What a race for Luigi Coluccio 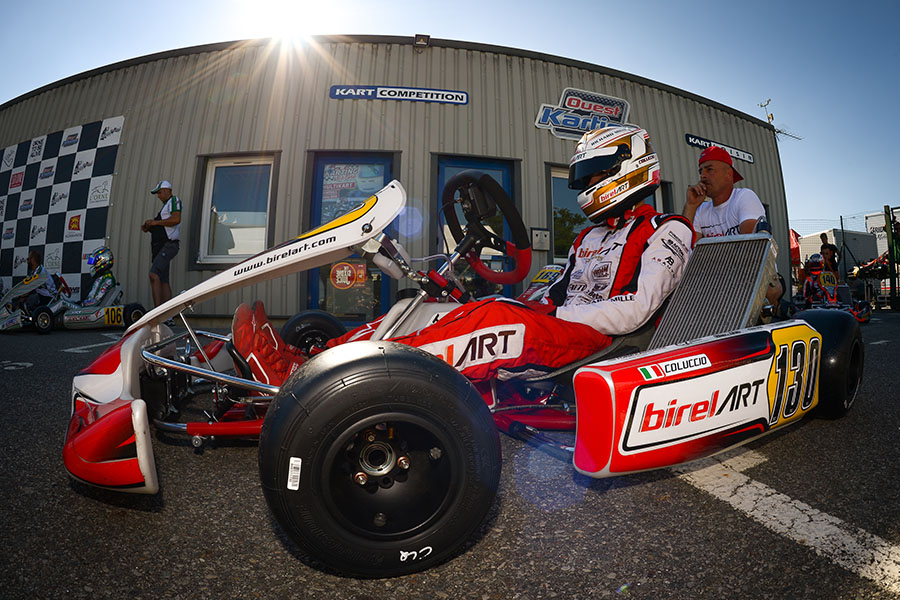 Italian driver Luigi Coluccio and his Birel ART-TM team did wonders in OK at the FIA Karting European Championship. Already very impressive at the German Grand Prix Kart in June, Coluccio improved his score this time by reaching 4th position at the circuit of Essay in France.

A chassis with an excellent pedigree

The Birel ART Racing Team has finished the 2018 European Championships with a great celebration! After the podiums obtained at Lonato for Marijn Kremers in KZ and Riccardo Longhi in KZ2, Luigi Coluccio came very close at Essay. Exactly four tenths away! The Italian began with brilliant and consistent progress in the Qualifying Heats, with five 3rd places in five races!
“In addition to being very competitive, as evidenced by the fastest lap by Luigi in one of his heats, the Birel ART chassis is very consistent and it does not degrade the tyres. It was very hot at Essay, the circuit had new tarmac with a lot of grip and we managed these conditions perfectly,” said Davide Fore, the team manager of Birel ART Racing.

5th on the first lap, Luigi Coluccio finished his magnificent attacking race with 4th place in the Final. “I’m very happy with his performance and our equipment that is decidedly fast in all conditions,” said Davide Fore. “He really was not missing much to get on the podium and we will now focus on preparing for the next World Championships to realise this great potential.”

The German Valentino Fritsch, the Czech Matej Kacovsky, the Dutchman Marijn Kremers and the Lithuanian Gustas Grinbergas completed the impressive Birel ART Racing team in OK at Essay. In spite of their good level of performance, they had variable luck.
In OK-Junior, the Canadian Thomas Nepveu was hampered by a distant Qualifying. Meanwhile, the Italian Lorenzo Ressico D’Aloisio again brilliantly won his place in the Final. But he fell back in the clash at the beginning of race and had to retire with many regrets.
The Italian team also welcomed Craig Tanic, crowned French Cadet Champion in 2017 at the wheel of a Birel ART and recently awarded the French Junior Championship. “I thank MGT Distribution (Thomas and Patrice Mich), the importer of Birel ART in France, for having confidence in Craig,” commented Davide Fore. “Without a retirement in a heat, he would have reached the Final when only competing in his first race at this level. In a few days, his progress has been significant. This young driver is promising!”

Since the beginning of the season, the entire Birel ART Racing team has been working decisively in the right direction and intends to continue its efforts for the next world events.