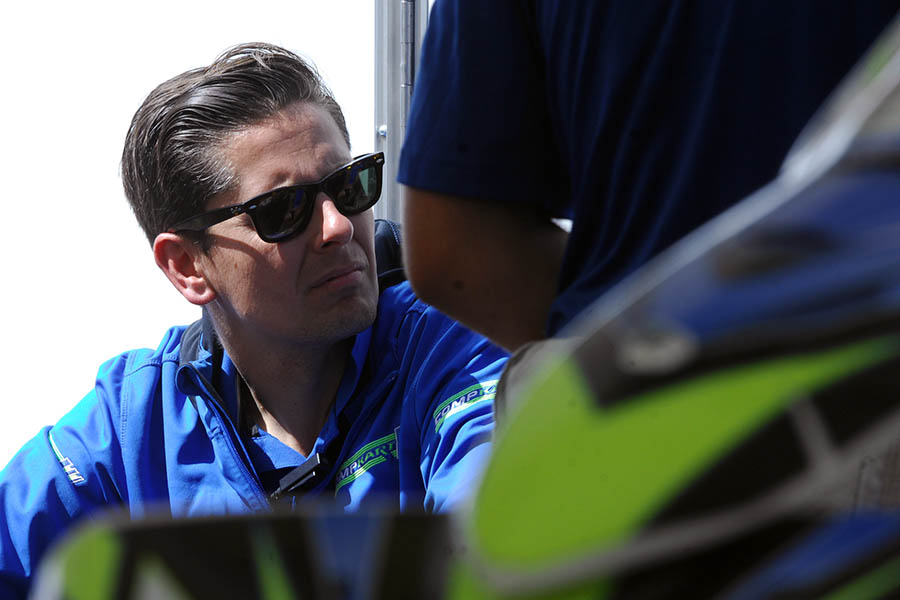 The Rotax engine, produced by global company BRP out of their Austrian factory, has a long history within the sport of karting dating back a few decades. It was in 1997 when the Rotax 125 MAX engine arrived on the scene, laying the groundwork for the formation of the Rotax MAX Challenge program in 1999. This program grew not only in the United States and Canada, but around the world, thanks to the unique and exciting Rotax MAX Challenge Grand Finals.

SSC Racing was the first distributor of the Rotax product line during the early years, adding in partner SSC East before the MAXSpeed Group took over the rights in 2011. In early 2017, when BRP-Rotax and MAXSpeed ended their relationship, SRA Karting of Canada took over the North American distribution program on an interim basis.

In a release that was distributed on June 18, BRP-Rotax made the announcement that J3 Competition and RTX USA Group would be taking over the management and distribution of the brand for the north and south regions of the United States. J3 Competition has a long history in North American karting, from their brick-and-mortar kart shop and trackside sales outlet to a regional and national level karting team that utilizes their booming CompKart chassis line.

With the Rotax program heading in a new direction, we talked with 1/3 of J3 Competition – Justin Stefani – regarding the current status of the company and the future of Rotax here in the United States.

EKN: First off, thank you for talking with us about this new era for not only J3 Competition and Rotax, but for karting here in the United States. When did the process of becoming the new co-distributor for Rotax products begin?

Justin Stefani: The exact date is a little tough to track down.  We have been in correspondence with BRP-Rotax for over a year regarding the status of the Rotax program in America.  With that said, discussions ramped up at the end of last summer (2017) and were ongoing until the final decision to move forward with the project was made.

EKN: What is it about the Rotax product line and BRP-Rotax that made J3 go in this direction?

JS: We’ve always been a fan of their entire concept, which is uniquely underscored by being a self-contained engine package with unmatched longevity and a very nice power band. These cornerstones of the product are matched with its obvious international recognition.  Also, we are talking about the largest powersports / small engine manufacturer in the world, so the brand recognition and the depth of the brand are unmatched.  These all add up to a new initiative to grow our sport domestically, which has us excited about this new portfolio of business.

EKN: Was there a relationship with RTX USA Group prior to this deal?

JS: Our knowledge of the RTX Group came after our decision to move forward with BRP.  We knew there would be a southern territory distributor, so it was somewhat a moot point.  With that said, we have not had any prior knowledge or working relationship with the RTX Group and to be clear they are 100% separate from J3 Competition and will operate their territory and its coinciding activities independently. 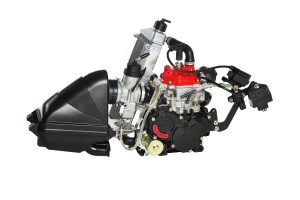 EKN: It seemed that the growth of the Rotax model when it was first introduced in North America during the early 2000s was focused on the grassroots level of the sport. While you say that J3 and RTX Group will work independently, do you expect there to be any cooperation with not only RTX USA Group but with SRA Karting to help rebuild Rotax presence in North America?

JS: Of course, we will work with the RTX Group to streamline all Rotax activities in the USA.  From a promotion of the local and regional levels, I think you can expect ‘similar’ activities, however, the southern area of the USA has its own unique requirements.  Regarding SRA Karting, they are the Canadian distributor, although there are several close links between Canadian and American karting – their seasonality and licensing requirements and race promotions are quite a bit different than here in the USA.

EKN: We are at the halfway of the 2018 season in terms of events. The annual US Open / Rotax Grand Nationals just took place in New Jersey with a great week of racing and solid numbers in all the categories. Are there any other tentative events penciled in for Rotax racers here in the United States or North America?

JS: The main goal is the continuation of building the local and regional levels as several clubs and regional series across America that allow multiple engine platforms to compete.  With that said, another event for 2018 is possible, however nothing is definitive yet in terms of dates, venues and structure.  We are targeting this ‘reintroduction’ period to allow the market and new potential racers to fully understand the RMC concept and what we are trying to do in order to grow the sport.  For instance, in New Jersey, we had several parties on-site who are relatively new to karting, taking in the experience and that is really what we are after on the growth side.

EKN: And what about 2019? Will J3 and RTX take over the US Open/Grand Nationals or is that still to be worked out with SRA Karting?

JS: Starting in 2019, all activities taking place in America will be controlled by either J3 Competition or RTX Group.  Regarding the US Nationals/Open event, this will come under the control of the American distribution network.  The ‘how, what, and when’ details are planned to be released prior to 2019, so that the entire concept can be understood prior the start of the new season.

EKN: Coming off the 2018 edition of the US Open/Grand Nationals, what was the feedback from the racers and the teams who were in attendance at the New Jersey Motorsports Park? It seems the engine raffle was a major selling point that attracted big numbers from not only from North America, but racers from around the world.

JS: We received strong and encouraging feedback from both the racers and the race teams.  The engine parity was impressive and the racing really backed that up with constant lead changes not to mention battles throughout the fields.  In addition to the engine platform, the introduction of the new MOJO D5 tire was a very hot topic, with rave reviews, as the tire produced favorable grip level and the window of performance is very large, thus enabling testing on ‘used’ tires still very useful.  Without a doubt, the lottery program enabled several drivers to compete with minimal ‘risk’, so that was a component to the attendance, for sure.  With drivers now having a true understanding of the new 125 Max evo engines performance, power band and ease of use, it’s a good situation for the future of the product.

EKN: It seems that the MOJO D5 is the tire most major Rotax championships are utilizing around the world. I know the regulations for the 2018 Rotax Grand Finals have not been released, but do you anticipate this new compound to be the spec for Senior, DD2 and DD2 Masters in Brazil?

JS: The D5 tire will indeed be used at the Grand Finals and is the new replacement for the D4 tire. 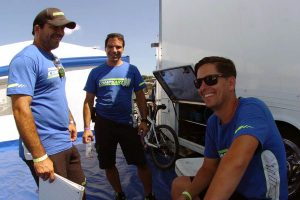 EKN: In 2015, J3 launched the CompKart chassis line. In just three years, the brand has gone worldwide and gaining great success. What effect, if any, does the new distribution with Rotax have on the company itself? Is J3 adding another ‘J’ down the road or are you, John and Jim working together with the two brands?

JS: J3 Competition was formed in 2004 with the aim of distributing the highest quality products and race services to the North American market, and we feel we ticked that box pretty well.  With changing vendor and market conditions in 2014, we decided to create our own brand of racing chassis (COMPKART), which we successfully launched in 2015.  Since its launch, COMPKART has taken on a true international identity of its own, thus a vacuum was created with our ‘J3 Competition’ brand, which needed to be addressed.

At the end of 2017, we decided to re-focus the J3 Competition brand back to its original identity of distribution, less race services and that is how we have arrived with J3 Competition being the distributor for BRP-Rotax.  We have always had a unique internal structure that gives our operation a large bandwidth therefore, from an ownership and executive vision side, nothing will change.  Day-to-Day operations and the structure of each portfolio will be enhanced for 2019 and beyond to accurately service market demands.

EKN: Electric racing is truly making ground in motorsports today, not only in open wheel and sports cars, but now karting with the Rotax Thunder. The concept is in the early stages, with a program in Germany. Do you see this package as part of the future here in the United States and J3?

JS: Of course, the future in anything starts with technology and the Rotax Thunder is definitely ahead of the curve on this, as is to be expected from the world leader in powersports. For the future, definitely at some point, however, the objective now is to focus on the traditional platform and grow participation in the sport.  From that point, we will have to listen very closely to market indicators and develop strategies accordingly, as to not takeaway, but rather grow new sectors of the sport.

EKN: Thank you, Justin, for taking the time to speak with us about the future of J3 Competition and Rotax here in the United States.