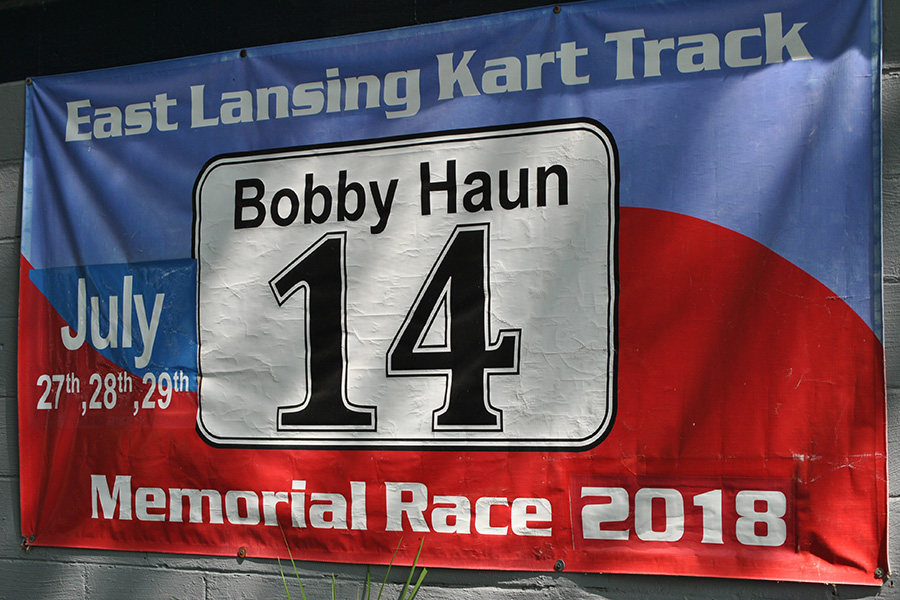 Growing up racing go-karts in Canada it became very apparent to me that each kart track was operated as a family business. Whether it was Innisfil Mini Indy, 3-S Gokarts or Goodwood Kartways each track was family run and naturally every family member played a different role in the day to day operations of the facility to make it successful. Since moving to Michigan in January one of the things I wanted to do was seek out the local karting scene and I’ve since stumbled upon the East Lansing Karting Track in East Lansing.

ELKT was purchased by the Haun family in 1974 where they had would run a concession karting business as well as host sprint racing, which was normally held on Sundays. Bill Haun and his Kevin son would run the daily operations of the facility and eventually partner up with three others in the Midwest to start the District Six Karting Series, which ran five races in the Midwest and would change its name later to become the Great Lakes Sprint Series.

In the mid 90s, the Haun family won the WKA Family of the Year award and Bill, who was a WKA trustee, Kevin and Jon would go move on to become Race Directors for the World Karting Association at all levels, including the North American Karting Championships which were held at Charlotte Motor Speedway in North Carolina.

During their busy years, the family would travel to the WKA races throughout the country while Kevin would stay home and manage the operations at ELKT. As the century turned, Kevin would run the facility while Bobby would sell karts, parts and build his Silver Bullet racing engines. Together they both put in a lot of work into the facility to keep it running, especially during the tough times in the 2000’s and early 2010’s where the recession took a huge toll on the economy in the state of Michigan. Even in the toughest of times, the duo attracted a contingent of regulars who would continue to come week in and week out, and all of whom who were big fans of Bobby.

In December 2012 Bobby travelled to Orlando to attend the Performance Racing Industry (PRI) show to see what was new in the industry during the cold Michigan winter. As he was walking back to his hotel one night, Bobby was hit by a taxi driver and passed away from his injuries. The after effects of the fatal event were tough for the Haun family, losing a brother, and for the track, it lost a familiar face to many customers and visitors.

After Bobby passed away Kevin continued to run the track and the kart club, which hosts a 14-race club championship. The last weekend of July plays host to the Bobby Haun Memorial race which is sponsored by the friends of Bobby. This year will be the sixth edition of the race, held from July 27 to 29. Practice makes up the first two days of the event, building up to Sundays race. After practice on Saturday evening the track puts on a BBQ, with live music and fireworks for the ELKT families and visitors to enjoy.

For those who have the weekend off and live in Michigan or any of the surrounding states, head to East Lansing to take part in a fun weekend of racing to celebrate the life of one of a Michigan karting legend. For more information on the event visit the ELKT website www.karttrack.com