Back to Concept Haulers Motor Speedway for first time since 2012 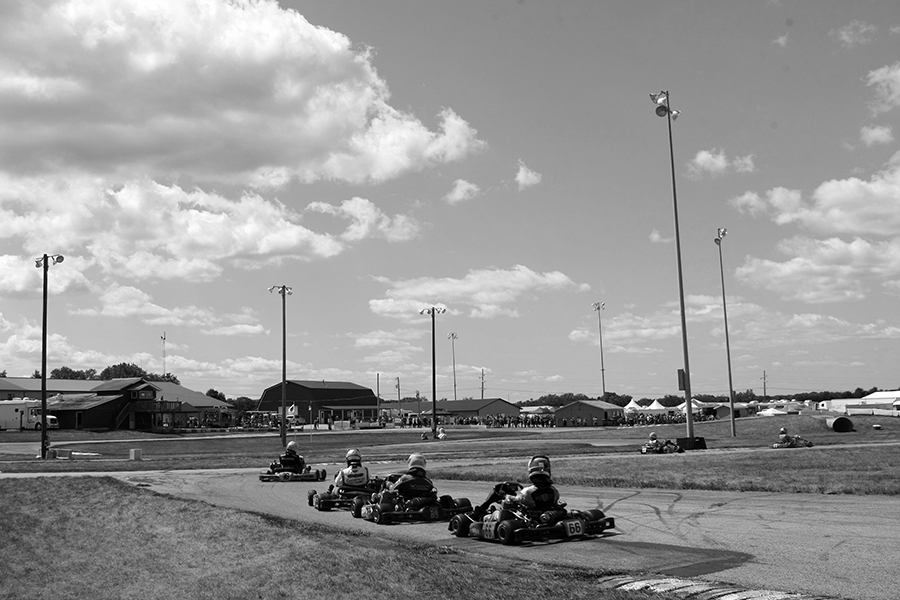 The World Karting Association is working to wrap itself around the grassroots level of the sport once again, with many facilities around the country continuing to help grow the sport and make it an enjoyable family experience. The Concept Haulers Motor Speedway is exactly that, and the Bridgestone Manufacturers Cup Series is making its return to the Chicago area and the Norway, Illinois facility this weekend to host Round Seven and Eight of the 2018 championship chase.

The Concept Haulers Motor Speedway was built in early 1990s, currently owned by Les and Diann Finke. The facility has hosted a number of major national and regional events during its history and has been judged by many as one of the best Midwest circuits to drive. The most famous corners are the fast Monza turn at the end of the long back straight and the tunnel turn, the penultimate corner on the 7/10-mile course. 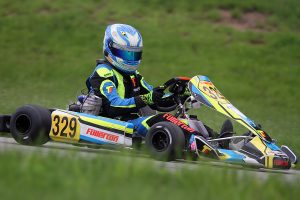 Austin Garrison (Fullerton) remains the driver to beat in the IAME Senior division. Five podiums including two wins has him in control of the championship chase with Colin Neal (Kosmic) and Elliott Budzinski (Kosmic) on the chase.Yamaha Senior will have an influx of racers this weekend in Norway with series regulars Cayal Chapman (Top Kart) and Meghan Peri (FA Kart) joined by Michael Paterno (Kosmic), Arann O’Brien (Energy), Chase Carey (Praga) and Geoffrey Crutchleo (Top Kart). 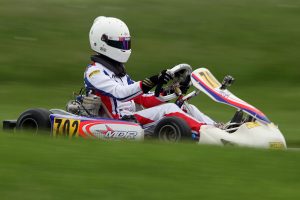 Josh Green is the driver to beat in the IAME Junior title chase (Photo: EKN)

Three drivers will continue their chase for the title in the KA100 Senior class. Blake Hunt (Fullerton) is the current point leader thanks to his two wins at GoPro in March, with Emory Lyda (Merlin) and Taylor Stanford (Top Kart) still looking for their first wins of 2018. The class is welcoming some new contenders as the coveted Franklin Motorsports ‘Throwdown’ Sword is up for grabs this weekend, bringing in the sword keeper Jamie Sieracki (Merlin) back behind the wheel. He along with Michael Geringer (Merlin), Josh Hotz (Merlin) and Dakota Pesek (Top Kart) are former Throwdown competitors. Pesek is coming off a big win at Pittsburgh in his KA100 debut. 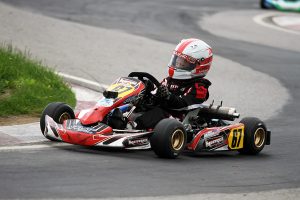 The Mini Swift category could see a shake-up in the standing with the top two not scheduled to compete in Norway. This may give Round Five winner Jeremy Fletcher (Tony Kart) and Annie Rhule (Energy) the advantage and ability to close in on the top contenders. Ben Maier (Nitro Kart) will attempt to get back on the winning streak after missing out on both wins in Pittsburgh, still holding a sizable lead over Miles Murray (Nitro Kart) and Hoyt Mohr (Nitro Kart). Yamaha Sportsman should be another great battle including Rhule, Danny Dyszelski (Parolin), Adam Maxwell (Top Kart) and others with a great increase in numbers for the Norway weekend. Kid Kart numbers are at nine drivers, with Chase Groh (Top Kart) leading the standings over Hudson Floyd (Birel ART) and Colton McQuade (Top Kart).