Race of Stars Returns to the Gold Coast in October 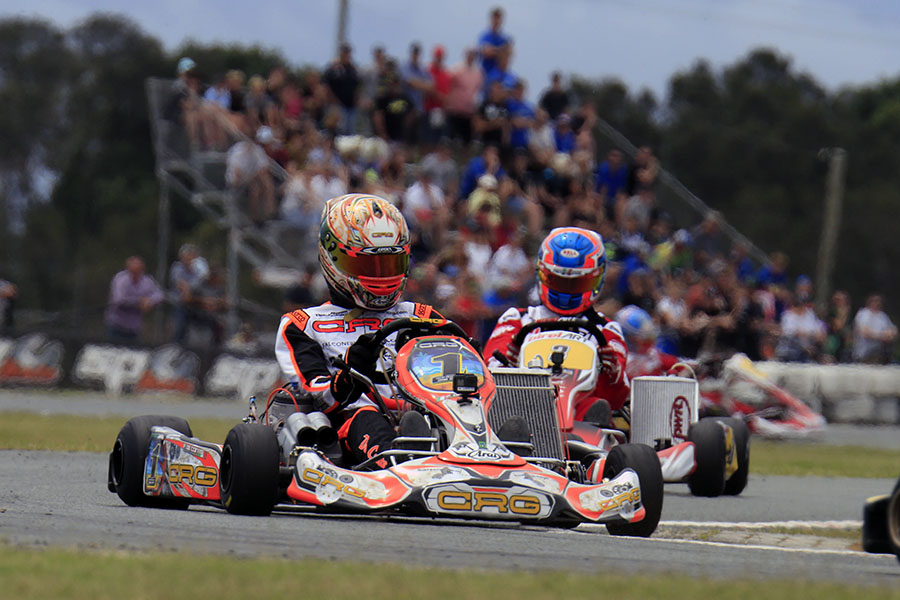 The prestigious Race of Stars karting extravaganza will return to the Xtreme Karting Facility on the Gold Coast, Queensland this October.

This year’s sixth edition on October 11-13 is set to again attract many of the world’s best drivers to battle it out at speeds in excess of 160 km/h.

“Over the past five years, the Race of Stars has cemented itself on the karting calendar, both here in Australia and around the world, and we’re aiming for an even bigger and better event in 2018,” said Event Manager Lee Hanatschek.

“Thanks to the City of Gold Coast City we’ve been able to lock the date in earlier than ever before, which will provide us with three months of solid build up to attract the best drivers from Australia, New Zealand, Europe, Singapore and various parts of the globe.”

In a similar vein to the opening two years of the invitational event, the Saturday will become the feature day of the event. Practice will start on Thursday with qualifying and racing on Friday and Saturday.

“We pride ourselves on making the event more than just another race.  By having Saturday as the feature day, it allows our travelling drivers and teams the opportunity to extend their stay and enjoying more of what the Gold Coast has to offer,” said Hanatschek.

Xtreme Karting Complex owner Ian Holm to looking forward to again having the Pimpama venue showcased to the highest calibre of drivers.

“Everyone here at Xtreme Karting excited about having the best drivers do battle on our circuit to provide a great spectacle for the Gold Coast region,” said Holm.

“To have such a high calibre of drivers competing is a real honour.  Over the past few years we’ve seen some amazing battles and this year should be no exception.”

The full complement of classes that will be competing at the 2018 Race of Stars will be announced in the coming weeks.  Following which, invitations for qualified drivers from the respective Australian and State Championships and Series’ will be distributed.

It is expected that more than 250 drivers will be in action at the event to be contested at the Xtreme Karting Complex on October 11-13.  The Race of Stars will launch the Gold Coast into a ten-day celebration of motorsports with the Vodafone Gold Coast 600 Supercars event being contested on the Surfers Paradise Street Circuit the following weekend.