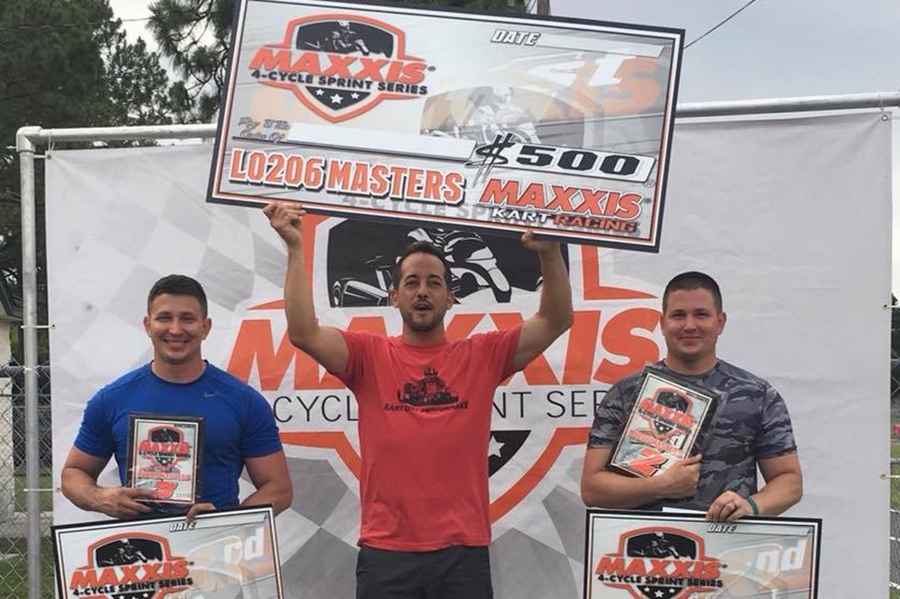 Despite adverse heat and challenging issues with rain, Race #4 for the inaugural Maxxis 4 Cycle Sprint Series claimed its largest kart count of the year over the weekend, as the series made a return visit to 103rd Street Sports Complex in Jacksonville, Florida.

Headlining the winners were veteran Chris Carroll, taking down the $500 prize money in the Diversified Plumbing Services LO206 Masters Feature race for the weekend, checking in for his 1st national win of the season.

Other winners over the weekend included Tanner Carter, taking 2 wins, the first in the Brads Karts and Parts LO206 Cadet class, then returning later in the day to score the win in Pro Gas Cadet. 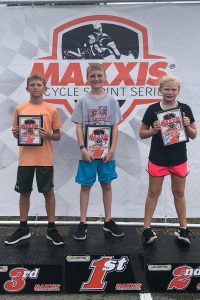 For Carroll, the return by the many time 4 Cycle champion took just a few races to shake off the rust, and find his way back to victory lane. Following a 2nd place finish at Kershaw, coupled with a 4th at Barnesville, Carroll grabbed the tiger by the tail in the northern Florida heat, sweeping the weekends activities, taking top qualifying honors, as well as the heat race win, then staving off the intense pressure by the VanDerZee duo of James and Justin on the 1,000 foot Jax backstretch to score his first win of the Maxxis season, with it coming a $500 payday. James VanDerZee was second, earning a $250 payday, with brother Justin checking in for third, earning $125. Points leader Joey Miller came home fourth, with Brad Farmer rounding out the top 5.

The weekend at Jacksonville was also a comeback of sorts for young Tanner Carter. After crashing hard at Barnesville, Georgia back in May, while vying for the lead in the midst of lapped traffic, Carter survived one of the most intense battles of the weekend, involving Brently Miller, Cameron Weinberg, and Owen Lloyd, as the four raced two by two, lap after lap down the Jax backstretch, with Carter able to secure his first Maxxis win of the season. Miller wound up second, with Weinberg, Lloyd, and Peyton Bridges rounding out the top 5.

With Pro Gas Cadet also being added for the weekend, Carter strapped on a different motor, then proceeded in a race long battle with Owen Lloyd and Lanie Buice, with Carter snaring the win. Buice, Lloyd, and Alyssa Vascocu completed the running order.

A strong field of LO206 All Pro drivers didn’t disappoint the crowd on hand, with local product Jason Yarbrough making an impressive late race charge to take his first win of the season. The top 5 remained nose to tail throughout the event, with Yarbrough securing the win over Sean Meier, Corey Towles, Tyler Lloyd, and Matt Mayes. 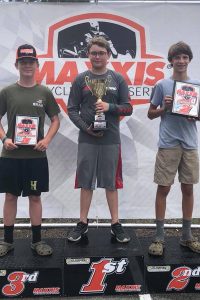 Elmer Edmunson continued his winning streak in the Brads Heating and Cooling LO206 Junior class. Despite the domination in the Junior class by Edmunson in the win column, the wins are getting harder to come by, as points leader Will Meeler was right on his heels for the finish, with newcomer Dylan Amundson, a very strong Florida hotshoe, coming home in third.

With the Maxxis 4 Cycle Series event tied into a North Florida Kart Club points event, many additional locals found their way into the Andy Jones Motorsports LO206 Senior field. However, it was Georgia driver Tyler Lloyd, who kept his Jax win streak alive, taking the second win in as many races at the famed track. Jacob Duvall, a teammate to Lloyd, came home second with Caylyn Brown registering a solid third place run. Local driver David Hazard raced his way to a fourth place run with Tyler Swann rounding out the top 5. Locals made up the next 4 positions, with Richard Sadler, Scott Wentz, John Morris, and Stephen Gale 6th-9th, while Aren Lloyd and Andrew Maldonado rounded out the 11 kart field.

In Kid Kart competition, Jayden Wilson kept his winning percentage at 100%, taking his 4th win in as many events in 2018.

With his win in the LO206 Senior class, Tyler Loyd keeps Comet Eagle atop the ongoing Chassis Standings for 2018, with 7 wins, while Tanner Carters win makes Razor a close second with 6 victories. Coyote is now on the board as well, and right in the hunt with 3 wins, all in one weekend by Chris Carroll, Elmer Edmunson, and Jason Yarbrough. Here’s a look at the latest standings. 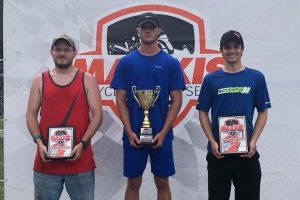 The next event for the Maxxis 4 Cycle Sprint Series comes quickly, as the program heads to Carolina Motorsports Park in Kershaw, South Carolina July 14 for Stop 5. The LO206 Cadet drivers will be back in the spotlight, running for a $250 top prize, with $150 for second, and $100 going to third.

For more information, be sure to log on to the Maxxis 4 Cycle Sprint Series Facebook page, or go to maxxiskartracing.com.