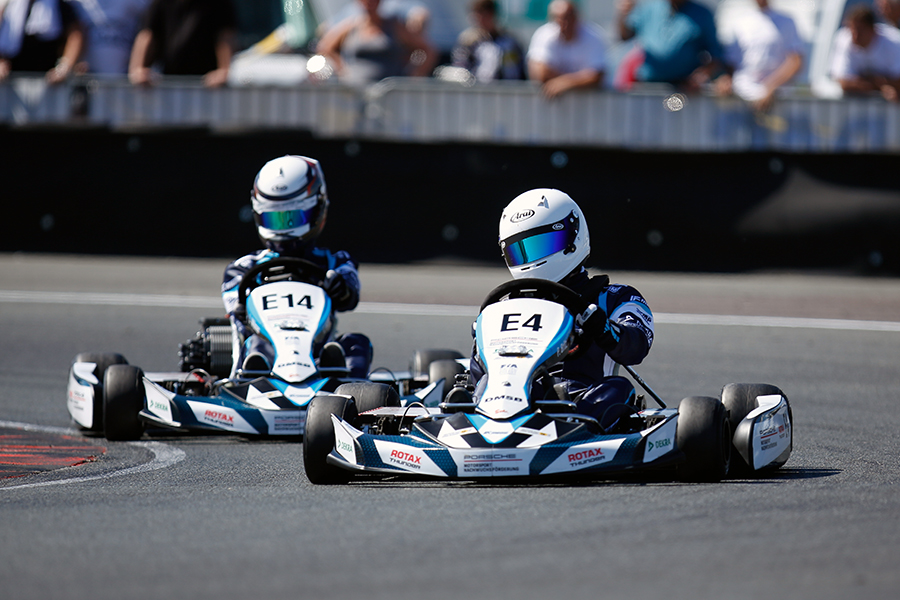 From June 30th to July 1st, BRP-Rotax brought the future into the pre-sent and started off at full throttle at the very first race of the DEKM (Deutsche Elektro-Kart-Meisterschaft). The eagerly awaited race was held on one of Germany’s most modern motorsport are-nas, Oschersleben.

Under the motto “Race like never before”, 17 young pilots started with the high-performance-racing-eKart Rotax THUNDeR. In bright sunshine, the electric-kart pioneers between the ages of 15 and 18 delivered four hotly contested races and let the numerous spectators experience a weekend of high-quality electric karting from its most electrifying side.

The new Rotax THUNDeR, developed by IET and BRP-Rotax is the first electric powerpack for Rotax racing karts. It accelerates in just 3,5 seconds without emissions to 100 km/h and sets a milestone at this historical racing premiere concerning electric racing.

Peter Ölsinger, BRP-Rotax GmbH & Co KG Vice President Finance and Rotax Propulsion Systems: „We are very proud to be able to set a milestone in kart racing with the Rotax THUNDeR. It is a confir-mation for our innovative course towards the future.”

Manuel Adam, General Manager RIC TECH GmbH: „We successfully entered a new terrain and are looking forward to the next races in Kerpen and Genk, which will take place in July and August.”

Samuele Mazzini, CEO von S.M.R.E. „We achieved our common, ambitious goal: we laid the founda-tion for electric karting in a real racing environment.”

The Rotax THUNDeR is a product of the RIC TECH GmbH. It is a joint venture of the S.M.R.E.S.p.A., a leading company which is specialized in the development of highly technological solutions within the field of electrical mobility and the BRP-Rotax GmbH & Co KG, the leader in the production and devel-opment of engines and recreational vehicles.

We congratulate the winners:

Dennis Siemens, 16-year-old, from Bielefeld won the first race on Sunday, whereas Lukas Horts-mann from Meerbusch won the second race.