Second Half of California ProKart Challenge On the Horizon 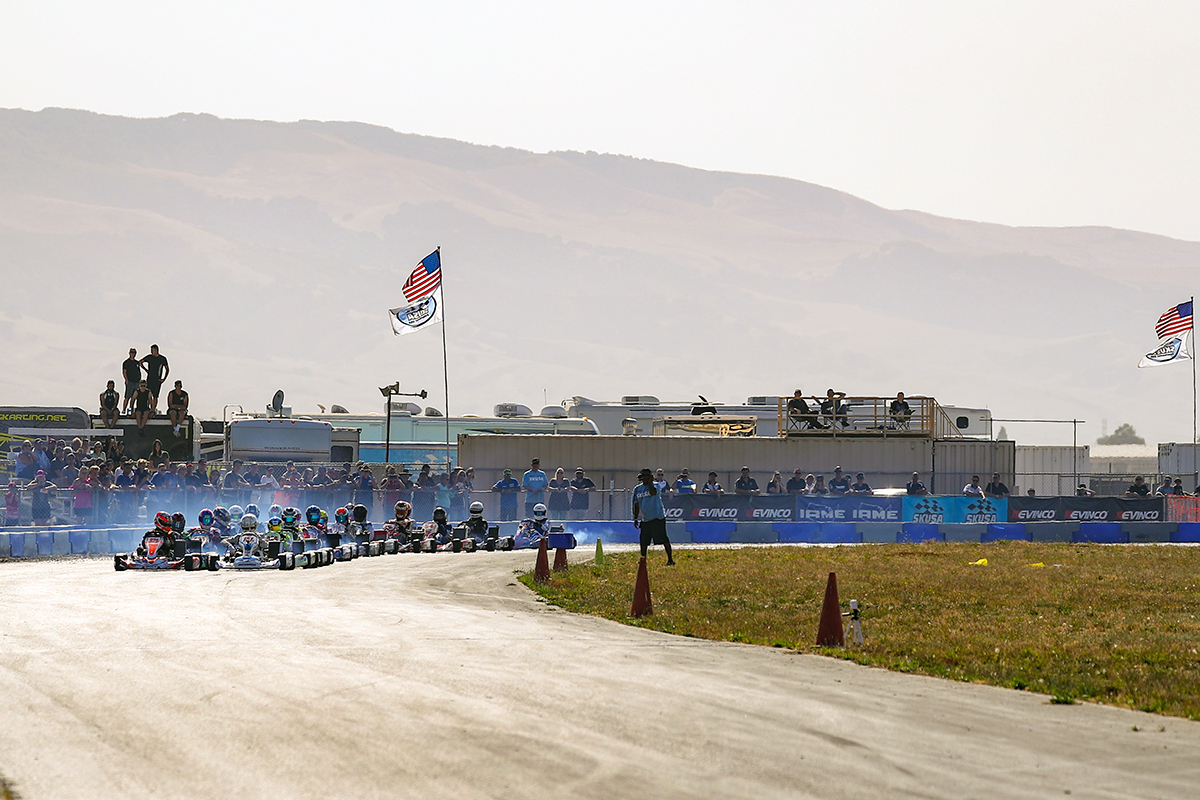 A month after resuming the 2018 season, the California ProKart Challenge returns back to action to begin the second half of the year with the fourth event in the six-round championship program. The Santa Maria Kart Track will host the Superkarts! USA flagship regional program on July 6-7. A regular stop for the California PKC program, the 7/10-mile circuit is located near the Pacific Ocean on at the Santa Maria Airport. Championship hunts are in full chase-mode, with the 12 IAME and Honda categories gearing up for another exciting weekend of racing.

No one has been able to stop Billy Musgrave in the Mad Old Nut S1 Pro Stock Honda class at the California ProKart Challenge. The current #1 driver in the eKartingNews.com Stock Honda Driver Rankings Powered by Bell Racing USA has been perfect through the first half of the season. Last year’s Santa Maria event triggered a three race runner-up string for Musgrave, with Matias Podboj scoring the victory a year ago. Podboj is the top challenger in the championship chase at this point. Jake Drew has positioned himself as the driver to beat in the Phil Giebler Racing X30 Senior title chase. Drew leads by 28 points over Joseph Daniele and holds the advantage in the win column, earning a Round Two victory while Daniele has a best finish of runner up at Round One. Canadian Samuel Lupien and 2017 California PKC Junior champion Trey Brown remain in the hunt.

It is close quarters at the top of the Swiss-Micron S2 Semi-Pro Stock Honda standings with the top-three separated by just 37 points. Keawn Tandon has gone winless in the first three rounds, but leads the chase over Round One winner Dean Heldt and Prescott Campbell. Tandon and Campbell each have a best finish of runner-up thus far, both looking for one spot better in Santa Maria. Eddie Tafoya has a pretty good hold on the Ace High Designs S3 Novice Stock Honda division at the halfway point. Tafoya leads by 90 points over Round One winner Emon Fazlollahi, thanks to two straight victories.

Two wins in three races has Nick de Graaf on top of the Rolison Performance Group X30 Master category. A solid 253-point advantage sits in the pocket of de Graaf over two-time runner-up Carlos Calderon. John Nielsen remains in the lead of the Empire Karts X30 Super Master standings by just three points over Robert Switzler. The Doran Motorsports Group S4 Master Stock Honda division has seen three different winners in 2018, none of which are in the top-three of the point standings. Mike Mantel has a 36-point gap over Vivek Tandon heading to Santa Maria, with Nick George sitting within 85 points. On the flipside, John Crow has won the last two in the Musgrave Racing Company S4 Super Master Stock Honda class to secure the top spot at the halfway point. Jonathon Allen and Ken Schilling are the top challengers.

Jacopo Pizzinato is the defending champion in the Mike Manning Karting S5 Junior Stock Honda class, holding onto the point lead after winning Round One. Logan Meyer and two-time winner Cash Baxley will attempt to cut into Pizzinato’s 155-point advantage. Two drivers stood out during the first half of the season in the Nash Motorsportz X30 Junior division. Cole Morgan has three straight podium finishes while Alan Tang has two, including a victory in Round One. The advantage in points goes to Morgan, a 34-point gap. Defending Ryan Perry Motorsport Mini Swift champion Kai Sorensen is at the top of the standings after three rounds, with Logan Toke a close second. Sorensen has two wins to Toke’s one; however, the gap between the two is a mere one point. Cooper Hicks and AJ Zarcone are close to the battle as well. Three wins has Graham Trammell at the top of the PKS Kart Supplies Micro Swift standings, with John Antonino and Logan Chambers giving chase.

Pre-Registration is open for the fourth round of the California ProKart Challenge at Santa Maria Kart Track. The deadline for online registration for the event is Monday, July 2 at midnight PDT – with the discounted price of $325 for entry and stamped race tires. A SKUSA membership is mandatory to register and compete. Move-in for Round Four of the California PKC begins on Thursday, July 5 at noon with early-bird Registration Check-in from 3pm to 6pm. On Friday, the California PKC registration desk opens at 7:00am, followed by official practice day beginning on track at 9:00am, running until 5:00pm. Pit spots, RV spots and overnight camping reservations are being accepted now, and are highly encouraged, due to the large expected turnout and limited pit area. Complete race and venue information, along with a tentative weekend schedule, can be found at the California PKC Event Page.