The Briggs & Stratton #OperationGrassroots continues its growth. Now into the fourth year of the Briggs Weekly Racing Series program, a total of 2,272 drivers have recorded a result at one of the 56 tracks in North America participating in the 2018 season. The Senior/Masters division, combining the USA and Canada racers, is at 1400, which is up from the 1228 at this time a year ago. The Junior numbers are up to 872 from 756 last year.

At the top of the Senior/Masters USA standings is North Texas Karters racer Kaden Gray. Four of his five results are 30 points or more, giving him a solid average score and the most points as of June 22. At the last event on June 2, Gray won the main event over a 11-kart field, featuring NTK point leader and #5 in the Briggs WRS standing Jeffrey Dolian. The Rock Island Grand Prix Margay Ignite winner is just 10 points back of Gray sitting in fifth, with NTK holding the flag for two drivers inside the top-five.

Sitting second is Alex Keadle from the GoPro Motorplex Karting Challenge. Keadle has three wins in the last three events at the Mooresville, North Carolina facility, which has seen a total of 58 different drivers in the Briggs 206 Senior category over six races. Third is a driver from the Amped Up Racing Series based in Tennessee. Chris Cline is the current point leader in the Senior Spec 206 category, that races on the MG VK compound. Travis Roderick makes it three from the Lone Star State inside the top-five as he is the top driver from the Hill Country Kart Club. Based in New Braunfels, Texas, the club has welcomed 26 different drivers on the year in seven races. Roderick holds the point lead with three wins, two runner-up finishes on the year.

The Edmonton & District Kart Racing Association (EDKRA) has four of the top-five positions in the Senior/Masters Canada standings. Angelo Amorim is the top points earner in the Briggs WRS Canada. The Masters 206 driver won the last race in June, placing runner-up of the second race in the May double-header weekend. Griffin Dowler is the Senior 206 point leader at EDKRA, sitting second in the WRS standings to Amorim. Dowler won both rounds at the May double-header. Between the two classes, EDKRA has welcomed 40 drivers total on the year.

Francesca Pasubio is the meat of the EDKRA sandwich, sitting third in the Briggs WRS Canada standings. Pasubio hails from the Toronto Kart Club, which competes at the Brechin Motorsport Park and the 3-S Go Karts Track. Three wins in four rounds has Pasubio leading the TKC Briggs 206 Senior standings. Colby Wallace and Greg Murphy of EDKRA round out the Briggs WRS Canada top-five. Wallace is sits third in the Senior 206 standings while Murphy is second to Amorim in Masters 206 class.

Team USA leads the Junior standings, holding the top eight positions with the top four hailing from the Sportsman age group. Lanie Buice is the current point leader. The young female racer is in her second season of karting, winning four of six main events at the Georgia Sprint Karting Association on the year. Cameron Weinberg is her top challenger, scoring the other two wins against a solid field of drivers at the GSKA program, currently third in the Briggs WRS Junior standings.

Leading the west coast drivers in the Briggs WRS is Carson Kragh, undefeated thus far in 2018. Kragh is four for four at the Central California Kart Racing Association (CCKRA) in the Cadet Briggs class that features double digit numbers. Another big group of Briggs Cadet racers are at the GoPro Motorplex where James Overbeck leads the championship standings. Winning only the opening round, Overbeck has remained toward the front end of the results in a championship that has seen 36 different drivers in six rounds of racing, putting him fourth in the Briggs WRS standings. Spencer Conrad is his lead challenger in the GoPro championship race, sitting 10th in the Briggs WRS standings.

The Ignite Series at Gateway Kartplex continues to bring new people into the sport, and two of the Junior drivers sit fifth and seventh in the Briggs WRS. Dylan Ellsworth and Hailey Todtenhaupt  Ellsworth has two victories in 2018 while Todtenhaupt has consistent podium finishes in four rounds of racing. Joshua Maxey and Adrian Cruz represent the Lone Star State inside the top-10. Maxey is the top Briggs Cadet driver at the Hill Country Kart Club while Cruz is the leader in the Briggs Junior division at the North Texas Karters club. Chase Whitney is the lone Canadian in the top-10, representing the growing Toronto Kart Club. 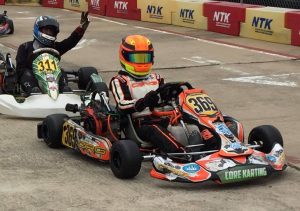 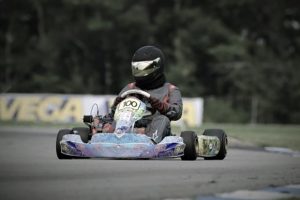 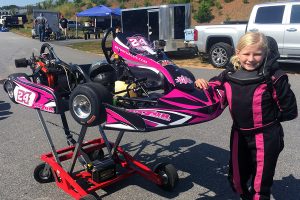