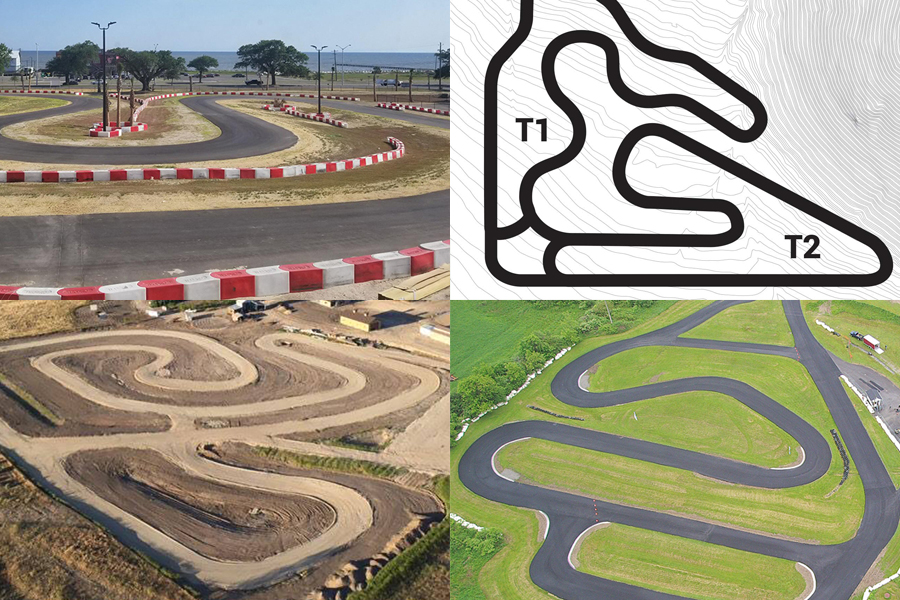 The sport of karting has four key pillars that support the stability and growth of its foundation, and this power quartet includes organizations/promoters, the industry, competitors and racing facilities. Keying on the last of the four, we have been fortunately enjoying the continuing development of new tracks over the years, with recently-built venues like Speedsportz Racing Park, GoPro Motorplex and the Dallas Karting Complex helping to introduce new people to karting.  Thankfully, the development of new facilities continues and, in this special EKN feature, we’re highlighting a pair of brand new tracks, one that has undergone an exciting upgrade and one that has been discussed for several years and now appears to be much closer to becoming a reality in an area that truly needs a new modern-day track. 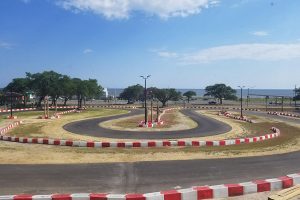 Imagine spending all day at the beach, soaking up the sun and enjoying the waves from the Gulf of Mexico splashing at your feet, and then completing the day with a great dinner and some laps on a nearby kart track. And we’re not just the boring bumper karts, but real rental karts around an exciting circuit. This dream is a reality in Biloxi, Mississippi thanks to the construction of Finishline Performance Karting. The facility is built along the Gulf of Mexico, just steps from the sandy beaches where a former waterpark previously stood. FPK sits on 17 acres of prime oceanfront property with some of the most amazing views from a kart track anyone has ever seen.

The facility developer and owner is Joey Spear with Greater Gulf Development. GGD is a large developer specializing in medium to large projects, commercial properties and housing developments.

The facility has two tracks, a dedicated 0.34-mile arrive-and-drive rental track called ‘Coastal Curves’, which sits between the beaches and the main building. The FPK building is approximately 10,000 square feet, housing a state-of-the-art registration and timing system, along with 45 Sodi GT5R rental karts. Entertainment on and off the track was a priority, with 24 TVs set throughout to provide live timing, information on who is up next, and live sports events. A cafe and full arcade keep racers busy between races and the building houses four meeting rooms for birthday parties, corporate events and league programs. The second track, on the north end of the property, is the ‘Tidal Turns’ circuit. It features multiple configurations from 0.34 miles to the largest at 0.78 miles.

Mr. Spear is the designer of both courses. A gear-head at heart, Spear is a big car guy and does restoration of rare machines with Gulf Coast Exotic Auto. Garett Potter, of Rok Cup Promotions, has helped FPK with ideas, design, safety, setup of operation and staffing after his years of experience with many major facilities.

The track location does not allow for full-time competitive karting. but is planning on hosting a few races each year. ROK Cup USA is working to make the facility a regular stop, with thoughts of an event in late 2018 or starting in 2019. The facility had their soft opening over Memorial Day weekend with the official grand opening scheduled for June 25. Visit them at racebiloxi.com. 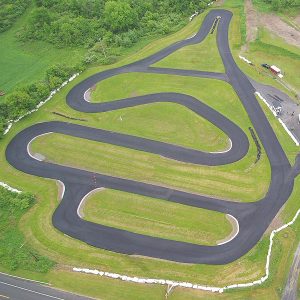 While not a new location, the LaFayette Motorsports Park is a new-look facility to those New York racers in the Syracuse area. Formerly known as Cherry Valley Motorsports Park, LMP has new owners and management working to bring the facility into the current era of karting. The half-mile course is among the oldest in the country, originally built in 1959. The new ownership widened and repaved the course during the early part of 2018. In addition to the course repairs, significant ground and paddock maintenance has been done to welcome new and old karters. A series of underground drainage systems was added to help drain the course quicker. The pit area has been enlarged to accommodate more racers and larger haulers. An elevated race control tower provides a clear view of the track, and is equipped with a new PA system and the latest MyLaps X2 scoring system.

“I bought the track just a year ago and have put a huge investment into the track and facility,” stated Tony S. Goddard – President and CEO of LaFayette Motorsports Park. “In recent years, it was in pretty tough shape, both the track surface and facilities. We did run a points series last year, but we knew we needed to take a leap of faith and spend money on major improvements. Many folks in the karting community up and down the east coast had commented how they loved the layout and elevation change, but not the condition and potholes in the track. That has all been taken care of now and from last weekend’s soft-opening, it appears we are going to be extremely busy and attract some of the bigger races again. The track has always been a kart track since its inception in 1959, however, we also run SCCA and car club autocross events for the BMW, Porsche, Corvette clubs etc. We also host annually the SuperMoto East Coast Series, they are coming back in June for their Round 2 race. They utilize both the asphalt and dirt track sections.”

A new regional race is scheduled at the facility for July and may serve as the official grand-reopening ceremony with special guests scheduled to be in attendance. That weekend is the second stop of the inaugural New York Karting Championship program, scheduled for July 22. Head to lafayettemp.com for more on the facility. 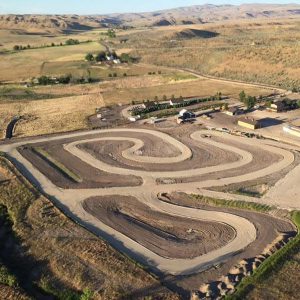 When you think of Idaho, most people instantly think ‘potatoes’. One does not think of the Pacific Northwest state as a motorsports hotbed. Racing is most definitely part of the community in the 43rd state of the union, and karting continues to grow at its grassroots facilities. The newest addition to the line-up is a new circuit that is currently under construction. Kart Idaho is located just northwest of Boise. The course is designed around the CIK-FIA requirements and is gearing up to be on par with all the great circuits in the Northwest.

“We set out to create a modern facility in Idaho that could support kart competition, but would also give those interested in recreational karting a chance to experience the sport.   The operation also fits within our broader racing program, including the NASCAR K&N and ARCA series,” stated J. Kent Smith, a Kart Idaho partner. “Already owning the land, we literally carved out a track with stakes and lapped in a pickup truck around.  We wanted to the track to sit in the valley and be part of the Idaho ranching spirit, to be organic, and not be over-engineered.  CAD work came after. The project is 100% privately funded with no debt, so we have taken our time and leveraged a lot of weekend help. We all have day jobs.”

The track itself is 3250ft long, 24ft wide, and features 13 turns, and passes through around 60 feet of elevation changes – the high point being 12ft higher than the low point. Paving will take place in late June / early July and construction on the facility will continue through the balance of the summer, including the planting of 179 trees where there was formerly just two. Kart Idaho has room to grow and eventually will be open for business – for casual karters and future competitive stars. 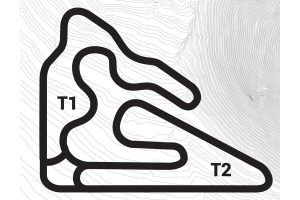 Three years in the making, the K1 Circuit is nearly on the verge of development. The brainchild of the K1 Speed empire, the new circuit is to be treated as a mecca of outdoor kart racing. The course is designed by pro racing driver Rocky Moran Jr. The first facility the Moran family designed was the Moran Raceway in Beaumont, California, and it was extremely popular until it closed in 2008 when the land was purchased. The K1 Circuit will house a 14,000-sq. ft. main building with a K1 RaceGear store, a Paddock Lounge café, and meeting spaces. Additional structures to serve as garages and storage spaces are also planned.

Information regarding the facility was anticipated for early 2018, and K1 Speed confirmed with EKN that more details are forthcoming in the near future.