A great start and some incredible experience 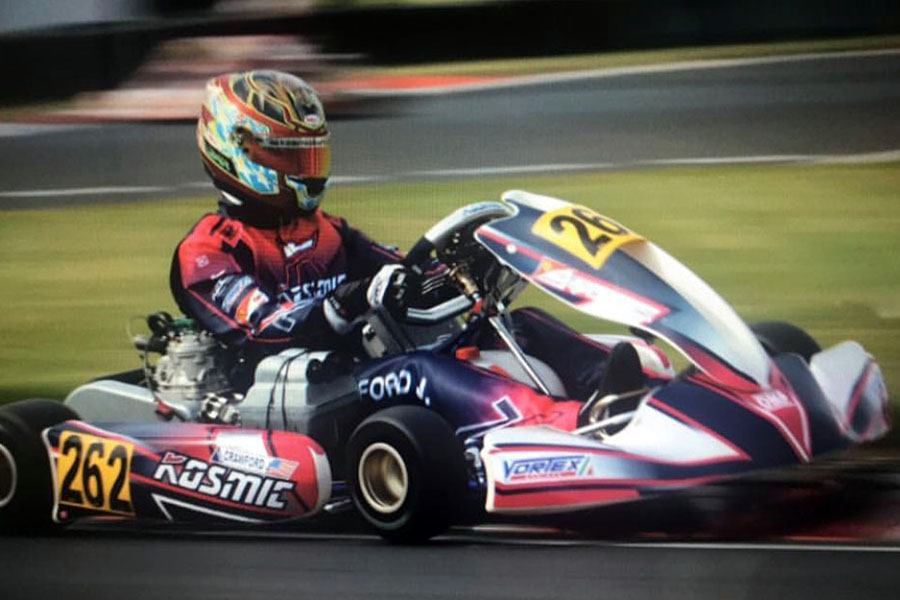 Jak Crawford is 50% through his 2018 racing campaign and already has plans for 2019
(Photo: Jak Crawford Instagram)

Before the end of March of 2018, American standout Jak Crawford had already claimed victories and a major championship in the Legends Car Winter Nationals, the vice-championship for the Legends Car Winter Heat, and had been karting in Europe for two weeks as part of a three month stay without a planned trip back to the United States. Showing his true diversity, 2018 would be the second year in a row of vastly different forms of motorsports for the young Texan.

The two-sport racing star splits time between disciplines and not having been in a karting race since his November 2017 Superkarts! USA (SKUSA) SuperNationals victory in Las Vegas, the kart racing rust was apparent while in Europe. The first European event would take place at La Conca in Muro Leccese, Italy and Jak struggled with the severe grip that builds on this track unlike anywhere else in the world.

A few weeks later Jak found himself at the front of the field at the Circuit International Napoli in Sarno, Italy only to finish seventh in his first CIK-FIA European Championship competition in the talent filled OKJ category. Since then, it has been a struggle dealing with new tracks, the European grip level, and his growing body that has sprouted over six inches, standing now at 5’9″, which changes not only the center-of-gravity in the kart, but also the necessary setup to produce the speed needed to be at the front of the field.

“It has been a lot to handle at times with all the changes, but I am hanging on,” explained Crawford. “I feel like I am ready for a breakout of successful runs for the last part of the year here in Europe and can’t wait to stand on the top step of the podium later in the year.”

A third place podium finish in Wackersdorf, Germany and multiple top-tens in such places at Sarno, Italy, Lonato, Italy and Salbris, France, prove that there is room for improvement, but also early successes that can be built upon with race craft improvements and European condition adjustments.

Crawford says, “I don’t like to have excuses but the grip level in Europe has been very challenging to me because I excel best in lower grip driving both in Legends cars and karting.  I am one of the fastest in the field until qualifying and then the grip forms and I am not as fast as others on new tires. In wet weather racing, I am one of the fastest for sure. If I can start to get good qualifying positions, I can win with my new team as the materials are very good.”

Allowing Jak to work without a coach for the first three months was an admitted mistake on his dad’s part, but now on-board with the Kosmic Racing Department, Jak has more personnel at his disposal as an official OTK team driver.  While the change back to OTK was supposed to be easy, it has taken a while to fully adjust to Jak’s preferences in the chassis. The team is hopeful that they found a speed combination recently in Germany that can extend to the remainder of the year.

The remainder of his 2018 karting schedule has a few big European races left as well as some smaller maintenance events to keep Crawford in the seat and behind the wheel. 2018 will be a one-and-done year for the young American in the OKJ category as Jak’s size is already a major impediment to his results compared to so many smaller drivers in the class. In 2019, Jak will need to graduate to the OK division as a 13-year-old.

Not giving up the fast and slippery Legends Cars, Jak has several races on the calendar for June/July and for the rest of 2018 including defending his Road Course World Finals victory, as well as karting at the SKUSA SuperNationals where he hopes to defend his title and become one of only two ever back-to-back category winners in event history.

Jak would like to thank OMP racing gear and Bell Helmets USA for their protective race gear. A big thanks to Legends Car marketing partner Mobil 1.