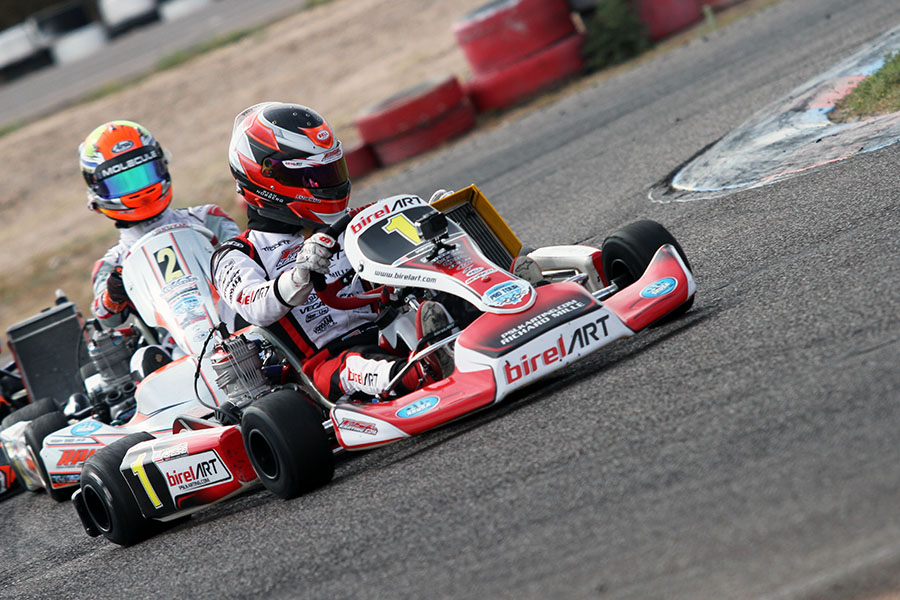 The season is at the halfway point when looking at the calendar for 2018. A number of events have went into the books for the first six months of the year, spanning coast to coast, as we reached the 400 driver mark once again for the latest edition of the 2018 eKartingNews.com TaG Driver Rankings Powered by Bell Racing USA. More than half of the events for this year’s program remain on the schedule with 73 different opportunities for racers to help themselves reach the top, where Ryan Norberg continues to call home.

Norberg (PSL / Birel ART) retains the top spot of the EKN Driver Rankings thanks to another successful SpringNationals. For a third straight year, Norberg has won at the event, twice at PKRA and once at Sonoma. While the two-time SKUSA Pro Tour champion leads the EKN standings, the SKUSA championship leader is Jake Craig (RPM / Tony Kart). The 2014 title winner has three podium finishes in four starts to hold the point lead heading into the series finale. In the mix for both, is Canadian Samuel Lupien. A third top-five finish on the year at the SKUSA Pro Tour helped to put the RPG / Kosmic driver into the third position of the EKN Driver Rankings.

Up two spots to the fourth position is Alex Bertagnoli. The former USPKS/SKUSA Junior champion had a solid Senior rookie season and is looking to avoid the sophomore slump. Bertagnoli (FMS / Kart Republic) scored a podium finish at the WinterNationals, and at the USPKS opener in Ocala. Remaining in the fifth position is Brandon Jarsocrak (KSNA / Kart Republic). The 2017 USPKS champion has had a tough SKUSA Pro Tour campaign, looking to defend his SummerNats victory in August. A win at WKA and a podium at the USPKS opener are his only hardware for 2018.

Moving up the order steadily is the most recent SKUSA Pro Tour winner Dante Yu. The CompKart driver finally grabbed his first at the SpringNationals, following it up with victory at the recent California ProKart Challenge. Yu has an outside chance at the SKUSA Pro Tour crown, but in contention for one of the SKUSA plates for 2019. Nicky Hays (PGR / Ricciardo) has recorded some of his best finishes at the SKUSA Pro Tour to date. The two-time California ProKart Challenge champion moved up one spot to seventh, the third-best California driver in the EKN Driver Rankings.

Ryan MacDermid is the second Canadian in the top-10, sitting eighth. MacDermid (Prime / Birel ART) had his best SKUSA Pro Tour weekend of the year at the SpringNationals. Callum Bradshaw makes it a third different country represented inside the top-10 of the EKN Driver Rankings. The Brit has jumped up to ninth thanks to his results at the SpringNationals. He along with his CRG Nordam teammate Christian Brooks jumped up more than 20 positions into the top-10. Both were able to record more than seven races since the last release, with their SpringNationals results boosting their scores. Brooks, a winner at the WinterNationals, sits second in the championship chase to Craig. Dropping out of the top-10 is Braden Eves, who is focused on his F4 US Championship program.

Bradshaw and Brooks moved up a number of spots, but the ‘On the Move’ this month is Joseph Daniele. The Senior rookie is learning from one of the best, gaining valuable knowledge working with Jake Craig under the RPM / Tony Kart tent. Daniele has a best SKUSA Pro Tour finish of ninth with fast lap honors and is currently second in the California ProKart Challenge in his rookie Senior season. 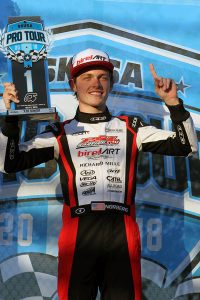 It has been a busy and productive first half of 2018 for Norberg. As the two-time defending SKUSA Pro Tour champion, the bulls-eye is on the PSL / Birel ART driver’s back. Racing throughout the winter months, traveling to Australia twice, and working with drivers at other events kept Norberg on the move. Through four rounds on the SKUSA Pro Tour, Norberg is out of the lead but not out of the chase, only 100 points out of first with two rounds to go at the SummerNationals. His three top-five finishes, including the third straight win at the SpringNationals, keeps the three-peat alive for Norberg. 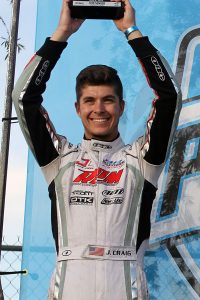 The eKartingNews.com selection for the Mazda Road to Indy Scholarship Shootout in 2017 continues to not disappoint. Craig left the SpringNationals as the SKUSA Pro Tour point leader, vying to become the second driver to repeat as champion having won in 2014. The RPM / Tony Kart pilot has three solid results in the first four rounds, needing to not falter in New Castle to keep his title hopes alive. Bouncing back and forth between kart and cars has not hurt Craig’s progress in either genre. Recently, Craig grabbed two podium results at the F1600 Canada event during the Formula One Canadian Grand Prix in Montreal. 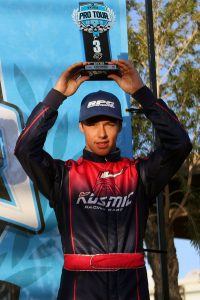 It has been solid 12 months of racing for the Canadian Samuel Lupien. The last time a Canadian was at the top of the EKN Driver Rankings was the first year TaG category was added with Devon Sandeen ending the year as the #1 driver. Lupien has a solid chance at becoming the second Canadian to do so with a string of great results, dating back to last year’s SummerNationals with RPG / Kosmic. Lupien is third in the SKUSA Pro Tour standings with a legitimate chance at gaining the crown with podium finishes at the SummerNationals at New Castle this August. Good results there will only improve his score in the EKN Driver Rankings, bringing him closer to the #1 spot.