Seventh Year in the CIK-FIA Events for LeCont 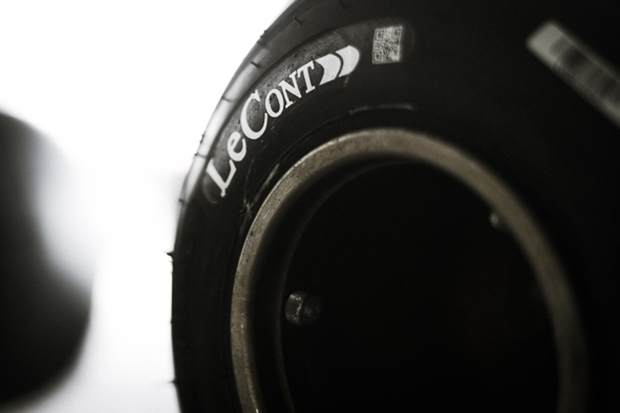 It has already been seven seasons since LeCont was selected, following invitations for tender, to supply the tyres for the major CIK-FIA International Championships. Since 2011, a total of 14 categories have benefited from the technology of the Italian manufacturer. The year 2018 marks a new path for LeCont, present in Endurance, the Academy Trophy, KZ2 and KZ, where the best drivers in the world compete. Particular care has been taken in the manufacture of “Prime” and “Option” tyres, with a desire to ensure quality service at every meeting.

Scrupulously fulfilling the specifications of the CIK-FIA, gaining the confidence of teams and drivers and providing tyres that ensure efficiency, consistency and safety remains the mission that LeCont has followed with the professionalism they are renowned for for more than 20 years. The factory managers have an unconditional passion for high technology and motorsport. The brand is present in different disciplines, but it is in karting that it has become one of the world benchmarks.

“LeCont delivers tyres all over the world,” confirms Paolo Bombara, the Marketing Manager. “We supply several categories in North America, as well as in Europe and elsewhere. Many countries in Scandinavia trust us, and Switzerland, England and France. Of course, we take particular pride in ensuring we have a regular presence in the CIK-FIA international races with our homologated tyres, showing the will to perform high quality work.”

LeCont began by demonstrating the effectiveness of its products in CIK-FIA events at the U18 World Championship and the Academy Trophy in 2011. In the following years, it was successively the turn of the KF-Junior, KZ2 and OK categories to discover the Italian brand. This season, LeCont has won tenders in Endurance, Academy Trophy, KZ2, and KZ. “The KZ is the best in terms of performance, factory involvement and the presence of professional drivers. This is undoubtedly the most demanding formula in karting. For us, the Salbris meeting was therefore of great importance, with the start of the European Championships for the gearbox categories, as well as the opening of the Academy Trophy.”

The challenge was significant, because the French circuit has large fast curves, which require a lot of tyres, and its tarmac is quite abrasive. “I found the tyre very pleasant to use in its “Prime” version, with a high level of grip,” admitted one of the top drivers in the category. “With the programme we had, namely a Qualifying session and three heats with the first set, then a Final of more than 30 kilometres with the second, I did not experience any abnormal wear and the level of performance remained very good throughout the meeting.”

Same quality from one set to another

In the Academy Trophy, the 48 drivers used the LeCont tyres in the “Option” version. “For me, the quality of the tyres was perfect,” said one of the French drivers involved. “I felt a better grip than the tyres I use in the category in which I race at the national level. Around me, I did not hear drivers complaining of any differences from one set to another.”

It must be said that LeCont makes it a point of honour to provide all competitors with tyres of the same quality. “During the manufacturing process, one of our requirements is to use rubber from the same batch for all the tyres throughout the same championship. I think that on this point, it was confirmed in Salbris, especially during the Qualifying session which did not cause any problems.”

On the other hand, a drop of performance was noted in KZ2 over the heats. “We analysed the progress of the meeting and various phenomena made the situation difficult. On the one hand, the tarmac of the Salbris circuit is old and its abrasive surface caused a certain drop in performance. We will not see the same phenomenon for the last event of the European Championship at Lonato, nor during the world race at Genk. Then, the 125cc gearbox have a muffler pointed towards the ground, which changes the grip of karts with the expulsion of oil and petrol. We noticed that after a round of the Academy Trophy, where the karts tended to clean the track, the performance level of the KZ or KZ2 came back suddenly.”

At Salbris, LeCont recorded the various comments from the competitors and will prepare with particular attention for the next meetings for KZ, KZ2 and the Academy Trophy, as well as the CIK-FIA Endurance Championship. “We have been suppliers to the 24 Hours International Karting at Le Mans for many years. It is a very demanding event, but we ourselves are very demanding at LeCont in the manufacturing of our tyres,” concluded Paolo Bombara.