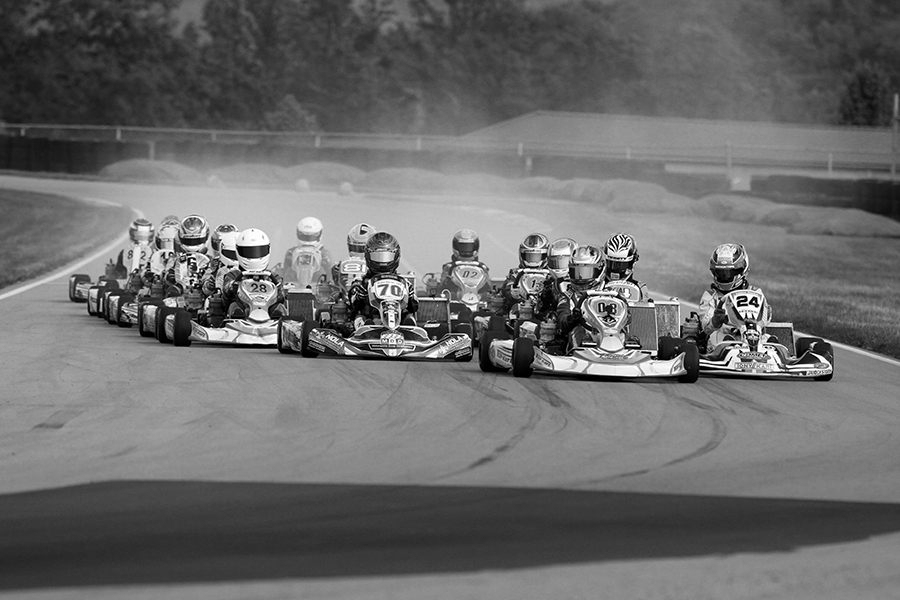 The first half of the 2018 WKA Bridgestone Manufacturers Cup Series will come to an end this weekend with the organization hosting Round Five and Six at the Pittsburgh International Race Complex. The Wampum, Pennsylvania facility has been a regular stop for the series, and follows the stops at Daytona and GoPro Motorplex. The 12-round championship chase continues with the nine categories set to battle the challenging circuit along with possible wet weather conditions throughout the weekend.

The Pittsburgh International Race Complex was officially opened in 2002, known as BeaveRun Motorsports Complex. A 1.6-mile road course and six-acre skidpad was complemented by a 0.82-mile kart circuit, designed by Alan Wilson. The track uses the natural terrain to create solid elevation changes and interesting turns, and was repaved at the end of the 2015 season. 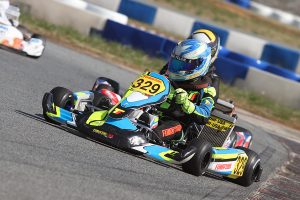 The top driver through the first four rounds in the IAME Senior category is Florida’s Austin Garrison (Fullerton). Four straight finishes on the podium, including victory on Sunday at GoPro, has put Garrison at the top of the championship standings heading to Pittsburgh. The gap is just 45 points over Austin McCusker (MDR / Kosmic). Three podiums of his own, including runner-up in Round One, have solidified McCusker in the championship chase. Colin Neal is a former winner at the Pitt Race circuit in his Junior days, looking to improve on a best finish of sixth (Round Three) thus far in his Senior rookie season.

Both Colin Neal (Kosmic) and Blake Hunt (Fullerton) are running double duty, both in IAME Senior and KA100. The two drivers are the only winners of the inaugural season of the KA100 division, with Neal sweeping Daytona and Hunt duplicating that at GoPro. Hunt has the edge in the championship chase, leading Neal by 25 points heading to Pittsburgh. Brad Brittin is third in the standings, however, will not be able to make it to Pittsburgh this weekend. Taylor Standford (Top Kart), Emory Lyda (Merlin) and Byron Daley (Fullerton) all remain in the championship hunt going into the weekend.

The Yamaha Senior division had zero entries at the GoPro Motorplex event, however, there are two pre entries for the Pittsburgh weekend with female drivers Cayla Champan (Top Kart) and Meghan Peri (Arrow). 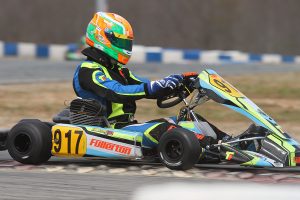 The IAME Junior division is among the largest, reaching 19 pre-entries for the weekend. A number of young drivers are looking to gain track time and podium finishes heading into Pittsburgh, with four different winners thus far on the season. Leading the championship standings is Caleb Bacon (Tony Kart). His best finish of fourth at Round Two along with two other top-10 results have him leading the championship chase over Josh Green (MDR / Kosmic). Green has two top qualifier awards, with a best finish of fifth at Daytona. Matthew Duncovich (Kart Republic) and Bryce Aron (Kosmic) are also in the early hunt. On the charge are GoPro winners Tyler Ferris (Top Kart) and Luca Mars (FA Kart). Ferris has struggled outside of his lone victory this season, while Mars missed Daytona. Mars won his first Junior main event in WKA competition at GoPro, heading to his home track looking for more hardware and a chance to get into the championship chase with the a good weekend. Others to be in the hunt include Connor Ferris (Top Kart), Kaden Wharff (Top Kart) and Junior rookie Connor Zilisch (Tony Kart).

Tyler Ferris (Top Kart) has yet to win in the four races for the Yamaha Junior division but leads the standings thanks to his consistent finishes at the front. Ferris has earned three top qualifier honors and finished on the podium in all four races. Kaden Wharff (Top Kart) has two victories – one at Daytona and one at GoPro, however lower finishes in the other two races have him trailing Ferris in the standings by 70 points. Donald Whorton II (FA Kart) picked up his first WKA victory at GoPro and holds the third spot in the standings, hoping for more hardware in Pittsburgh. 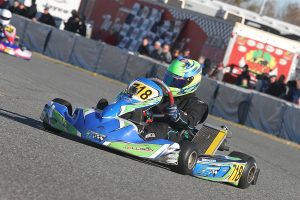 Two of the four race wins in the Mini Swift category have gone to Brent Crews. The Nitro Kart driver scored a victory at Daytona and GoPro to establish himself as the point leader going into this weekend. Round One victor Mateo Rubio-Luengo (Benik) needs more visits on the top step of the podium in order to cut into the 203-point advantage Crews has already established in the first four rounds. Thomas Annunziata (Nitro Kart) picked up his first WKA victory at GoPro, but sits sixth in the point standings behind Sebastian Ng (Nitro Kart), Jeremy Fletcher (Tony Kart) and Annie Rhule (Energy), all competing this weekend in Pittsburgh.

Miles Murray (Nitro) and Danny Dyszelski (Parolin) are the two lone drivers entered in the Yamaha Sportsman division. Dyszelski is the current point leader with two victories at the GoPro weekend.

Ben Maier (Nitro Kart) has a four-for-four record going into this weekend in the Micro Swift category. The EKN Driver of the Month for March has won at the first eight events he has attended in 2018, looking to improve on his 130-point advantage in the WKA point standings. Adam Brickley (Nitro Kart) sits second in the standings but will not be racing in Pittsburgh. Danny Dyszelski (Parolin), Miles Murray (Nitro Kart) and Hoyt Mohr (Nitro Kart) are among those looking to end Maier’s streak. 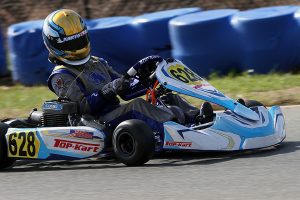 Four podium finishes as Tyler Ferris as the driver to beat in Yamaha Junior (Photo: EKN)

The Kid Kart division returned to Manufacturers Cup Series competition at the GoPro event, looking to continue their 2018 program with the series. Sam Tutwiler and Chase Groh were the two winners on the weekend, with Tutwiler holding the championship lead. Hudson Floyd and Colton McQuade both finished on the podium during the weekend and will be back to compete in Pittsburgh to help fill out the 12-driver field.