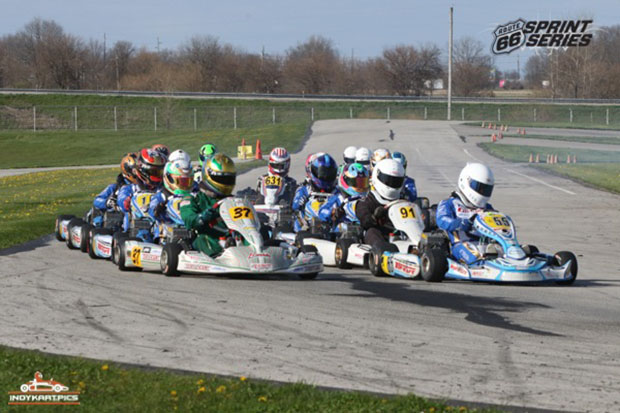 The Route 66 Sprint Series presented by MG Tires and Franklin Motorsports opened the season at the New Castle Motorsports Park in New Castle, Indiana on April 27-29.  Although the wind and cool temperatures kept everyone bundled up, the racing was outstanding.  About 150 entries spread across 10 classes took to the “National Track” each day.  Special thanks goes out to Comet Racing Engines for sponsoring the weekend event, and Comet Kart Sales for providing the chicken dinner Saturday night.

The Saturday morning driver’s meeting concluded with the distribution of door prizes provided by the series and our sponsors.  A Napoleon Q grill, several sets of MG tires, and a Pelican cooler were some of the prizes handed out to racers. The live PA audio, broadcast via the series website at www.route66kartracing.com/live, is back once again for 2018.  You can also listen via the Mixlr app on mobile devices by following the Route 66 Kart Racing channel.  Recordings of the audio have been uploaded to the Route 66 Kart Racing Mixlr channel. Also popular with racers was the moving of the Saturday podium presentation to Sunday during the lunch break.  Almost full participation for the top 5 finishers, and plenty of spectators helped make the celebration more special.

For the second year in a row, not a single red flag was displayed all weekend and the on-site ambulance never moved.  And while there were a couple crashes on the opening laps, they were few and far between.

The series also welcomed the Comer Kid Kart class back into the program for the season, replacing the Bambino Kid Kart for the remainder of the 2018 campaign.

The next outing for the Route 66 Sprint Series will be June 29 – July 1 at the newly repaved CTECH Manufacturing Motorplex at Road America, Elkhart Lake, WI.  Online registration is now open. 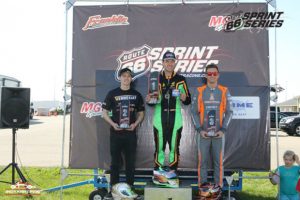 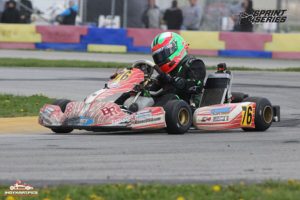 Full race results can be found by visiting the Results page on the Series website located at www.route66kartracing.com.

The Route 66 Sprint Series is a six event traveling Regional race series featuring 10 classes, utilizing IAME, Comer, and Yamaha engines.  The Series is presented by MG Tires and Franklin Motorsports. More information on the Route 66 Sprint Series can be found by visiting the series website at www.route66kartracing.com or by contacting Series Director Mark Coats at (217)652-6275 or via email at info@route66kartracing.com.