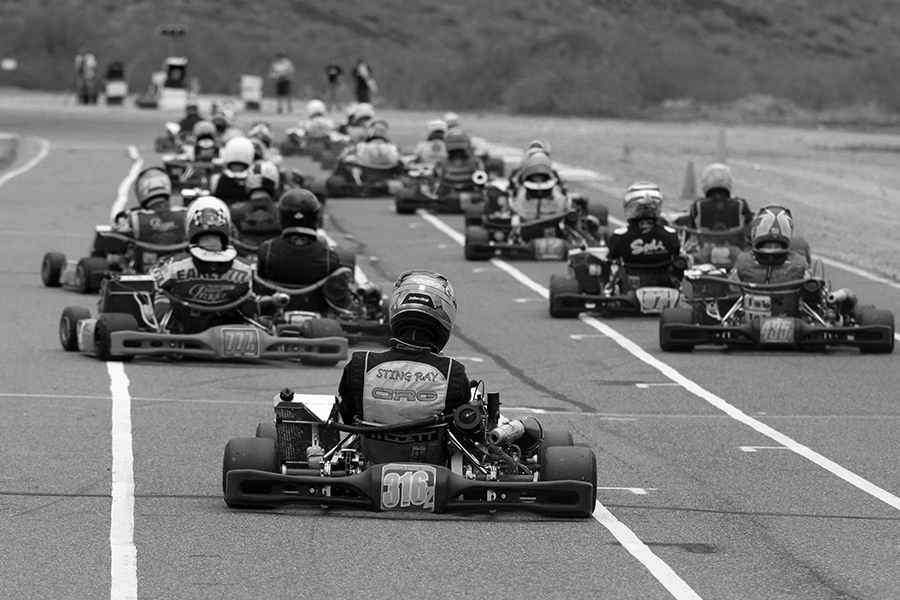 The 2018 Superkarts! USA Pro Tour resumes this weekend as the national program travels to the Phoenix Kart Racing Association facility in Glendale, Arizona. The season began with an exciting weekend at the NOLA Motorsports Park in New Orleans for the second annual WinterNationals, featuring over 200 drivers in the Honda and IAME divisions. Now, the focus is on the middle portion of the championship chase for the nine categories with Round Three and Four to be contested in the hot desert of Arizona.

The ‘Formula K Raceway’ that is the PKRA circuit is a big part of SKUSA history, hosting the first ever SKUSA ProMoto Tour event in 1999. The SKUSA Pro Tour has visited the PKRA facility three times already (2012, 2015, 2016) with this year becoming the fourth in the nine year history of the series. The 12-turn, 7/10-mile course provides a great challenge for all the categories with tight turns, esses, the long back straight and the famous ‘Daytona’ turn which serves as the opening corner for all starts.

eKartingNews.com is ready to be at the Phoenix Kart Racing Association, providing the industry-leading coverage trackside. Karting enthusiasts not in attendance can listen from home or on the road to the EKN Live broadcast at www.ekartingnews.com/live with Rob Howden providing the play-by-play call. Daily reports and updates on the EKN Social Media network will fill up your timeline throughout the weekend. First, EKN begins with a look at all nine categories competing this weekend. A preview of the Stock Honda divisions is below. 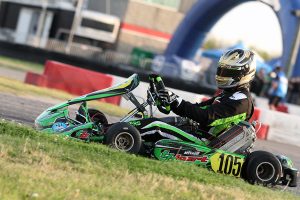 Three drivers stood out at the WinterNationals in the S1 Pro Stock Honda division. Austin Garrison (J3 / CompKart) shocked the field after a wild opening few laps to escape with the lead and go on to score his first class victory. The former S2 champion could not find the magic again on Sunday, with former Pro Tour winner AJ Myers sweeping the day toward victory. Myers (TB Kart USA) ran second to Garrison on Sunday, giving the Florida driver the championship lead, ahead of 2017 SKUSA SuperNationals winner Billy Musgrave by 40 points. Musgrave (MRC / Aluminos) stood on the podium both days at NOLA to put him second in the standings, and currently holds the top spot in the EKN Driver Rankings Powered by Bell Racing USA. The four-time California ProKart Challenge champion is the only winner from the last two SKUSA Pro Tour events at PKRA to be in this year’s field. Two others who competed in both PKRA events in 2015 and 2016 were Kolton Griffin (MRC / Aluminos) and Brian Keck (CRG).

The leading rookie thus far is Rolison Performance Group / CRG driver Kyle Wick. The driver from Washington had a best finish of fourth at NOLA, and finished top-four in both S2 races at PKRA in 2016. Fifth in the standings is defending SKUSA Pro Tour champion Jake French (DKC / SodiKart). French finished off the podium for the first time since the 2016 SummerNationals. A long streak that helped him to gain the title last year. French, coming off his F4 US Championship debut at VIR last weekend, is looking to bounce back to podium finishes in Phoenix. Nic LeDuc (TKC / SodiKart) was the fourth different podium finisher at the WinterNationals behind Myers, Musgrave and Garrison. The 2017 SpringNationals winner is among those with the most experience at PKRA in the S1 field. Home track advantage however goes to Alan Michel (Mad Croc Karting USA). The 2016 SpringNationals winner in S4 is making the jump up to the S1 division, looking to challenge himself against the best in the country at home. 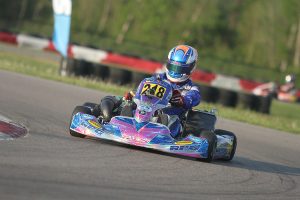 Brazilian Pedro Lopes is the driver to beat in S2 (Photo: EKN)

The star of the weekend in the S2 Semi-Pro Stock Honda category at the WinterNationals was Pedro Lopes (RPG / Kosmic). The Brazilian was able to score the victory both days, sweeping Round Two to leave as the championship contender. The rest of the field will have to gain some ground in PKRA in terms of points, with Lopes holding a 105-point advantage. Leading the charge is his RPG / Kosmic teammate Cameron Egger. The veteran karter stood on the podium both days, placing third and second in his return to the Pro Tour. Blair Hosie (DAMZ / Alpha Kart) was quick in NOLA, unable to reach the podium either day. Max Hewitt (DAMZ / Alpha Kart) is coming off a victory at the Texas ProKart Challenge, set to make his debut in the S2 category at the SKUSA Pro Tour. None of the drivers in the field have competed at Phoenix in the past Pro Tour events. 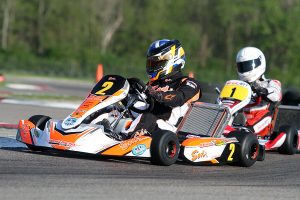 The S4 Master Stock Honda championship has become a two driver battle again. Round One winner Jimmy McNeil (Aluminos) is absent on the entry list, thus making it a fight between current point leader and former champion Ryan Kinnear (DKC / SodiKart) and defending champion Jordon Musser (3G / Birel ART). Kinnear was able to win in his debut aboard the SodiKart, however, Musser was the quickest all weekend in NOLA. Musser had a bumper break while leading Saturday while Kinnear was just able to strategize better to reach the checkered flag first. The two will continue their battle in Phoenix where Musser won in 2016 – in the opposite direction. Nathan Stewart (DKC / SodiKart) and Ben Schermerhorn (Birel ART) are sure to be the drivers fighting for podium positions along with Terry Lawrence (LEM / Formula K) making a return to the Pro Tour after winning at the recent California ProKart Challenge event. 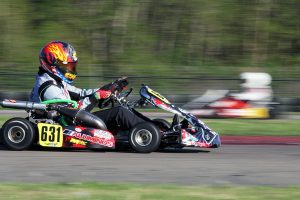 John Crow and Mike Jones were the two winners at NOLA in the S4 Super Master Stock Honda division. Crow (MRC / Aluminos) won on Saturday with Jones (DKC / SodiKart) on Sunday, each earning their first Pro Tour victories in the category. Crow holds the championship advantage by 45 points over Jones, certain to be the two drivers who decide the title winner. Two-time champion Robert Marks (CRG) is absent from the entry list, and will not have the opportunity to be a three-time champion at the end of the year. Home track advantage goes to Nick Firestone (DRT / DR Kart). Firestone won in the class debut weekend back in 2016 at PKRA, hoping for more magic to bring him into the point battle. SKUSA Winter Series winner Victor Jimenez (RPG / Tony Kart) is making the trek from Florida and SKUSA #3 plate holder Rod Clinard (CRG Nordam) looking to bounce back from issues at the WinterNationals.