Formal announcement of new team on the horizon 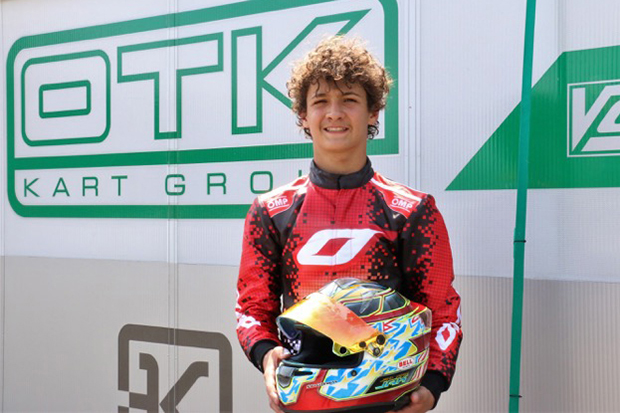 The dually-talented driver, Crawford, has now temporarily put his Legends Car racing aside and has been in Italy for two straight months without a trip back to the United States. Competing in world karting programs, the young Texan has raced in three WSK races and one DKM weekend as he continues to gain experience on the Euro karting scene.  Most recently, this past Sunday he finished seventh at the first round of the CIK/FIA European Championship.

Jak’s introduction to a full-time, European Junior racing program has not started as well as he would have hoped with only three top-ten finishes in five races, but a corner is about to be turned with a new change coming this week. This change will be officially announced as Jak Crawford finishes out his 2018 European schedule including the remaining four DKM events, three CIK/FIA European Championship races, three CIK / FIA Academy Trophy events, and the CIK/FIA World Karting Championship. The most important part of his 2018 schedule is still on the horizon.

Arguably one of the best junior racers in the world, Crawford has been challenged in Europe, but not due to the ramp-up in driver competition. While Jak has excelled in racing action and wet weather driving, he has not managed to qualify well or podium in dry conditions. Overall speed has been lacking and the amount of bad luck and other circumstances has been overwhelming.

The chance to win the DKM and CIK/FIA European Junior Championship crowns may no longer be possible due to first weekend results, but the twelve-year old has yet to give up hope for wins, or the championships.

“I feel the worst is behind me, and I am more prepared to compete for the front,” explained Crawford. “I am very excited about the future with my new team and can’t wait to formally make the announcement and join them at upcoming events. I am grateful to my former team for their commitment and support over the last two months, especially Simone Sorio.”

A fresh start is in order as Jak leaves behind two long months in Italy to compete in France, England, Germany, Belgium, and Sweden. First on the schedule is the CIK/FIA Academy Trophy event in Salbris, France where Jak was picked by ‘Karting Magazine’ as a favorite to win the championship.

Seth Nash of Nash Motorsportz, Jak’s long-time California based team, has been in contact with Jak throughout the last two months. “This is the same highly-skilled kid we know and his confidence is still high. I have no doubt that good things are about to happen because he has always known how to get things done on the track.”

Jak will be back in the States in a Legends car for a week or two in June, then later at the end of the year he will race two national Legends events, including defending his title as the road course World Champion. Crawford will also defend his major Championship at the SKUSA SuperNationals race with Nash Motorsportz.

Jak would like to thank OMP racing gear and Bell Helmets USA for their protective race gear. A big thanks to Legends Car marketing partner Mobil 1. Seth Nash has been a continual source of support to Jak during the last two months and special thanks goes to him.